Haven't had a whole heck of a lot of time to game this week, but what little time I did have was devoted to Sega's Yakuza 2. 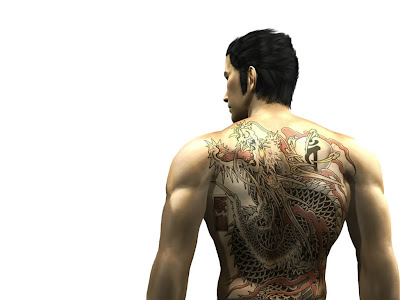 This guy is one seriously badass motherf*cker

I'm not going to talk a lot about it right now because I feel an ethical responsibility to review it and I want to save some ammo for that future piece, but I will say that I think it's great. For those who don't know, the game is basically a real-time brawler with some light RPG elements bound together by an extremely well-written crime drama storyline—and in this case, i do mean well-written. It's not a parody or a caricature of a story twisted around and made to fit all sorts of absurdly contrived game nonsense… it's a real, honest-to-goodness, straight-up serious crime drama.

One of the things I love the most about it is that it's absolutely mature in the sense that it deals with subject matter suitable for grown-ups, and is aimed directly at them. The characters talk about honor, loyalty, personal relationships, and putting aside the fact that the player's character is an unstoppable engine of destruction during combat, everything takes a very realistic slant. The characters are rendered very much like the way real people look, the mannerisms and physical gestures are very convincing (making allowances for the fact of the game is on the PS2, of course), and the direction and content of the cutscenes are of feature-film quality. I rarely say this, but this is one of those games where if the play was removed and all that was left was the story, I'd still be completely interested in it. 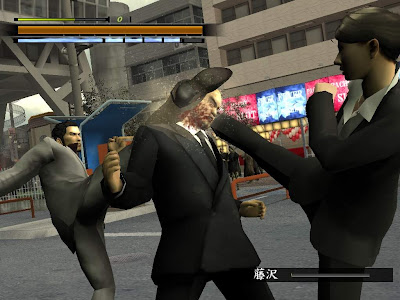 This guy won't be causing more trouble any time soon

Putting all my cards on the table for just a minute here, I've got to say that I've never been much of a Sega fan. I've just never cared for the way they produce most of their action games—their philosophy has always seemed to be more about how you do something instead of what you do, but I absolutely bow down to them for creating the two most brilliant reality-based series in existence: Yakuza, and its forerunner Shenmue. The games have much in common thematically and in terms of design, and I absolutely love them both. 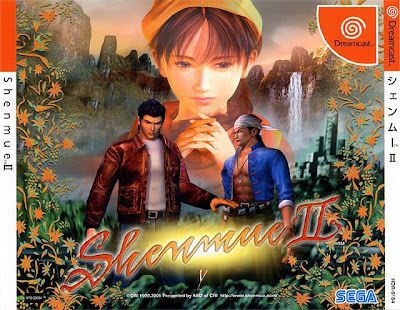 One of the best games… ever

(…As sort of a side note that could be a blog post unto itself, for all its success, the universally overpraised GTA4 to me seems nothing more than a pretender to the kind of content that was already realized in both Shenmue and Yakuza. In my honest opinion, the writing and characterization present in Rockstar's latest "masterpiece" are thin caricatures of the greatness accomplished in the adventures of both Ryo Hazuki and Kiryu Kazuma.) 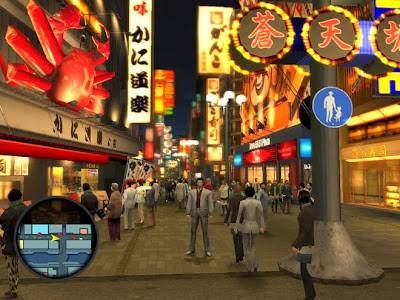 Though small in scope, yakuza's cities are rendered quite convincingly for the PS2

Although neither series is perfect by a longshot, I think there are some deeply significant lessons to be learned here, and I sincerely hope that the industry starts taking notes… in terms of engaging character development, there are few that've done better than these two.