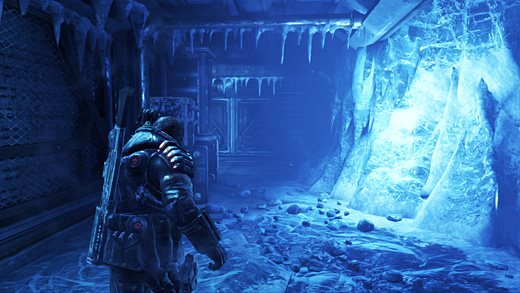 For tonight's update, I wanted to start off with a few tidbits you might be interested in…

The first is my long-overdue Lost Planet 3 review. If you ask me, this is one of the most overlooked games of the year, and of those who did review it, most didn't get what the game was going for. If you're the kind of person who cares about quality characters and story in games, or if you're someone who likes unusual experiences, this one is ace.

Although it's been out for a little while, you may have missed my review of Etrian Odyssey Untold: The Millennium Girl. It's a remake of the original title that barely anyone played, and it's been nicely redone for the 3DS.

Next up, Christopher Floyd takes a quick look at Nathan Meunier's (@NMeunier) book on how to become a games journalist.

Darren Forman checks out the recent horror game Outlast, and it's worth a read if for no other reason than to see someone talk about nutsacks stapled to foreheads.

For Monster Hunter fans, Roy Blakely (@Kotowari) has released another of his beginner's guides, this time on the intricacies of using the ranged weapons. I haven't had any time to look into it yet, but he did a fantastic job with the last guide, and I have no doubt he did the same again here. Expect to hear more about this once I get a chance to read through it, but if you want to take a look for yourself, it can be found right here.

Our goal is to try and keep track of all the noteworthy indie games being released these days, in addition to the ones that are still coming. Awareness is a huge hurdle for small studios to get over, and from the reviewer side, there's just so much to try and sift through. This is our attempt to create one central place for both sides to see and be seen, so if you're a fan of indie games or a writer, we hope you'll stop by and learn about some titles you might not have known existed. If you're an indie studio, we will be happy to post your information for absolutely no cost.

Either way, come on by! 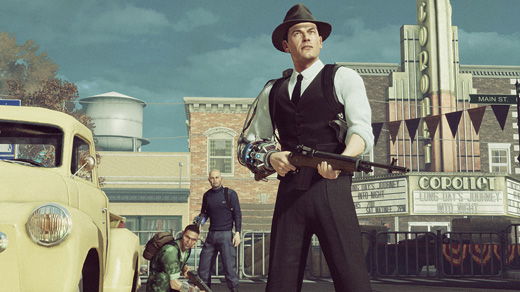 What have I been playing? I just completed The Bureau: XCOM Declassified, and much like Lost Planet 3, it's another great game which started off with a few strikes against it, and as far as I can tell, apparently everyone on earth has now forgotten that it exists.

Basically, it's a third-person squad shooter that feels a lot like the combat in Mass Effect 3, except that your two teammates are designed to be micromanaged in terms of where they should take cover, who they should target, and what special abilities they should use. It feels strange at first, but once you get the hang of it, it's got a good flow.

The art side is fantastic, and the developers have totally nailed the Mad Men-ish vibe of the early 60s. There are tons of little details that sell the experience, and everything about the game looks exactly like the period that it's going for. The story is also worth mentioning… It starts out with the good guys trying to rout the aliens from America, but there are some huge twists and turns later on that I did not see coming, and the endgame was just nuts, in a good way.

There are definitely some rough patches to it and the difficulty can be quite brutal, but I had a fantastic time overall and was happy to discover that it wasn't the train wreck that XCOM fans have been expecting. To be fair, it's nothing at all like XCOM proper and I think it makes more sense if you consider it as its own thing rather than the "origin" story that it's apparently trying to be, but either way, it's one of my favorite games this year.

When the main character wakes up from being converted into a vampire and finds out in one of the very first cutscenes that he's not only a vampire, but that he must seek out the blood of an ancient vampire (to which he basically says "okay!") I knew that there wasn't going to be much reason to stick around. It's a shame because it seems like there's a lot of potential for someone to do a really good vampire game with today's technology, but despite my hopes, Dark isn't it.

Continuing the string of disappointments, I got about halfway through Lone Survivor on the Vita before calling it quits. I'd been looking forward to this one for quite a while and had heard nothing but good things from people who had played it, but it just didn't click with me at all. I mean, it's pretty amazing that the game was put together by one guy and I want to give respect to that, but actually playing it just wasn't fun. 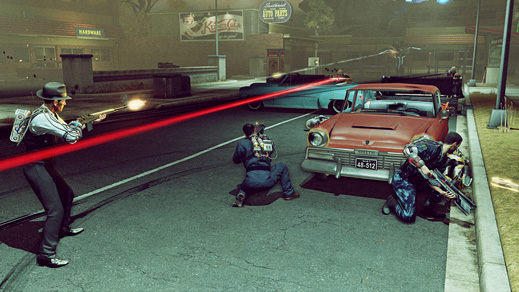 It felt a lot like a Silent Hill demake, and since I've played too many Silent Hill games already, I'm not really in the market for another one. Besides feeling too similar, I have an allergic reaction to games which are all about getting past locked doors, and that's what this one seems to be based on. I find very little value in searching for keys and then backtracking to progress, and the story bits weren't grabbing me enough to make me want to push onwards. The way the game is presented is also visually confusing, and I found myself looking at my map every 5 seconds. It's great for immersion, as you can imagine.

It was also completely irritating to have the character tell me that he was tired or hungry every few minutes. In a game where taking care of your basic needs is apparently important, I don't have the patience for the kind nonsense that it pulls. For example, I had a bunch of powdered coffee, a stove, a pot and water. In the real world, I'd be in business. In Lone Survivor, you can't make coffee without a kettle. A Kettle. And don't get me started on the ham… My character is literally starving to death and I have a massive ham in my inventory, but I can't cook it because I don't have "a pot." Who the hell needs a pot to cook a ham? I mean, let's get real here… If the character is dying for a lack of food, I think it should be OK to carve off a slice and brown it in a saucepan. Beggars can't be choosers!

Lone Survivor was just way too irritating for me to get through, and in a horror game, annoyance shouldn't be the primary response. Pass.

I spent a good chunk of time playing it a while ago, but had to put it aside. I held onto it, and after jumping back in, I'm still impressed with how smooth it feels to play and how fun it is to randomly come across other people in the world.

On the other hand, it really does have some of the worst UI and menus I've ever seen, and would benefit from an aggressive amount of streamlining in that regard. Even still, it's pretty easy to ignore that stuff once you know what to do in the game, and I'm so close to the end that I'd feel bad for not finishing it considering how much fun I had with it.

I have no doubt that the players currently populating its world will jump ship the moment Destiny or one of the other ambient multiplayer games comes out, so I'm hoping to get it done before the servers are deserted…