So, today is the third day in my week-long series, Xbox Live Indiefest. 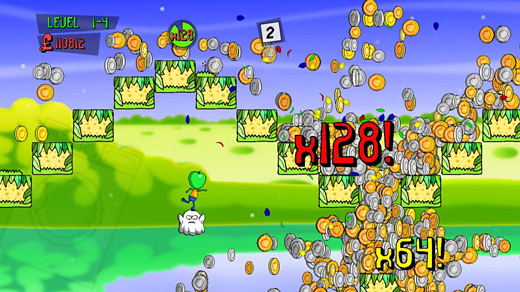 I don't quite understand the obsession with Suffolk on display, but otherwise, this was quite a pleasant little title. The player takes control of a character with a large apple for a head and the point of gameplay is to pick up enemies and toss them into other enemies, at which point they explode into a shower of coins. Explode all the enemies, collect all the coins, move on to the next level.

The formula is pretty straightforward here, but I appreciated the quality of workmanship and the level of thought put into the design. The developer really took the time to explain the game mechanics thanks to brief tutorial bubbles, and moving the character around felt very intuitive and natural. It's got a good vibe. 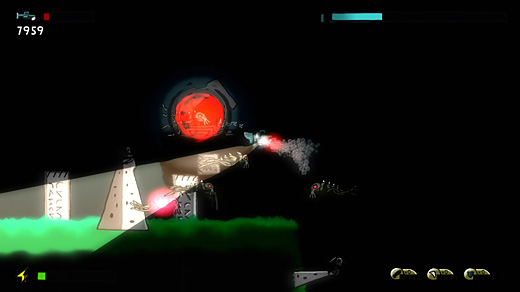 The Shadows in the Underworld by Polaris Game Studios, 80 MS Points ($1)

I'm a big H.P. Lovecraft fan (yes, I've read the stories with a dictionary in hand, I don't just name-check ol' H.P. for the cool factor) so any game that claims to be inspired by Cthulhu's creator is already heading in the right direction. However, all good will I may have felt for this title went out the door almost immediately.

In this game, the player takes control of a submarine investigating a ruin in the Antarctic. It's a great premise, but the level design feels very basic and repeats almost immediately. That in itself wouldn't be a big deal, but the way the developers have programmed enemy AI is a complete clusterf***. There is no pleasure or challenge in getting insta-gangbanged by monsters the moment they appear, and dying immediately after each encounter did nothing to convince me that there would be any kind of enjoyable gameplay to be found. 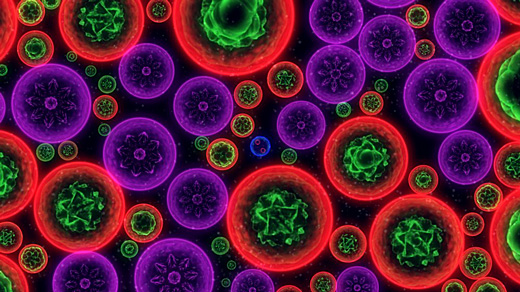 This title is a bit of an anomaly for me. I don't usually spend much time playing PC games, but I just so happened to meet the folks of Hemisphere Games (developers of Osmos) and I fell in love with their work almost immediately. What can I say? I've got a weakness for titles that feature biology as a theme.

ANYWAY, the formula of Osmos is that the player takes control of a cell that moves around by expelling mass, and the object of play is to consume other cells which are smaller in diameter. The title I'm reviewing right now, Cell? It's a carbon copy of Osmos.

On the one hand, Cell's developers have outright stolen the formula, mechanics and even the aesthetics from Hemisphere. It's such a brazen swipe, it's a bit shocking. On the other hand, if I had never known about Osmos (and like I said, it was kind of a random circumstance that I did) I'd be raving about what a brilliant and entertaining game this was—and really, it is great… it's just stolen from another developer.

That's it for Day Three of my Indiefest. Check back tomorrow for the next round of games, and I'll also do a recap of my favorites (both old and new) at the end of the series.