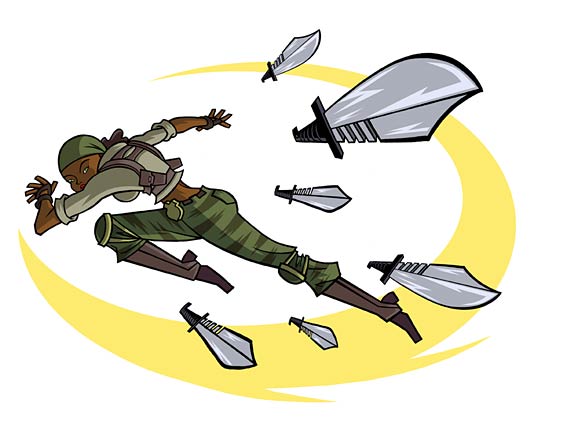 Although I can't get over my preference for tangible goods, knowing that titles I've enjoyed lately would never have seen release in physical format helps ease the pain of dealing with the new reality of download-only. I'd much rather fork over a twenty at GameStop and have a disc to add to my stack, but if this is the sacrifice it takes to get these small gems into my hands, then so be it.  Case in point: Wolf of the Battlefield: Commando 3.

A surprising update to one of Capcom's long fallow franchises, Backbone Entertainment has revamped the classic one-man-against-an-army formula, and I've got to say that it's a success… for the most part. 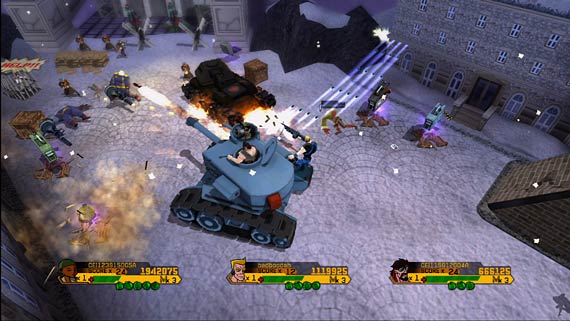 The cartoonish, stylized graphics sport bright colors and simple designs that are a good fit for the material, and there's something utterly timeless about mowing down hordes of soldiers as you push through enemy lines.  Tossing grenades, dodging a hail of incoming bullets, and then unleashing a screen-clearing super attack is stuff that's always going to be welcome no matter the time or place.

Featuring solo, co-op, and even triple-team play, Commando 3 is a welcome addition to a genre that seems tailor-made for a small electronic-only investment. This type of old-school gaming isn't intended to last for a 40-hour long haul, so downloading something that packs punch and can be had in quick sessions works for me. $10? Absolutely.

Though I'm quite enthusiastic for the title, there are a few factors that dampen the experience. On the technical side, I repeatedly ran into a glitch where my character would become physically stuck until I threw a grenade.  In this game, not moving equals death. 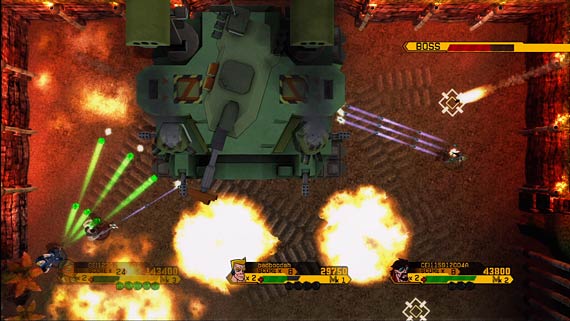 On the design side, I found that the difficulty was much too steep in co-op (even on the easiest setting) thanks to overly-plentiful respawning enemies and constant back-attacks. Making it even tougher is that the stock of extra lives must be split between the players, and there are no continues. People not raised on the lethal difficulty curves of yesteryear may find it a bit offputting. Though these choices were… questionable… they're nothing that can't be overcome.

Despite its few rough edges, Wolf of the Battlefield: Commando 3 is a welcome return to the kind of game that thrived in the era of arcades—simple, straightforward, and satisfying in short bursts. It's too bad that pieces not aspiring to be epic, effects-laden sagas find themselves with few places to exist in today's treacherous retail environment, but it's definitely given me an appreciation for the opportunities provided by the download-only model. Rating: 7 out of 10

Disclaimer: This review is based on the Xbox 360 version. Also, be aware this game is available as a hard drive download ONLY.