A few weeks ago, it seemed like there wasn't a single thing to play. Now, it seems like there's too much to handle! Jumping right into things… 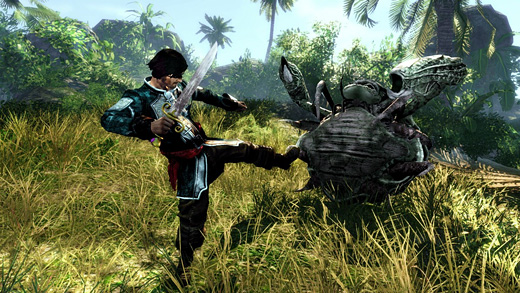 Risen 2: Dark Waters (360) I was a huge fan of the original Risen, and although I'm only a few hours into this sequel, it seems to be quite a worthy successor. Taking on a pirate-based theme, the player will explore a series of islands and level their character up as they see fit.

The graphics aren't cutting-edge and production quality is a little rough, but the game certainly has it where it counts—the writing is great, the quests are interesting, and the game really engages the player by refusing to hold their hand and asking them to step up to the challenge. I am definitely looking forward to putting more time into this one.

Papo & Yo (PSN) Although this game seems like it's been in development forever, I'm a little surprised at how many people haven't even heard of it. In a nutshell, it's a semi-biographical art-house title that functions partially as an environmental puzzler and partially as an extended internal dialogue that's been transformed into something for players to participate in, and witness.

It's something of a critic's game in that it eschews much the standard trappings in lieu of providing a more focused experience, but that's quite alright in my book. If you're looking for something different, this is it. 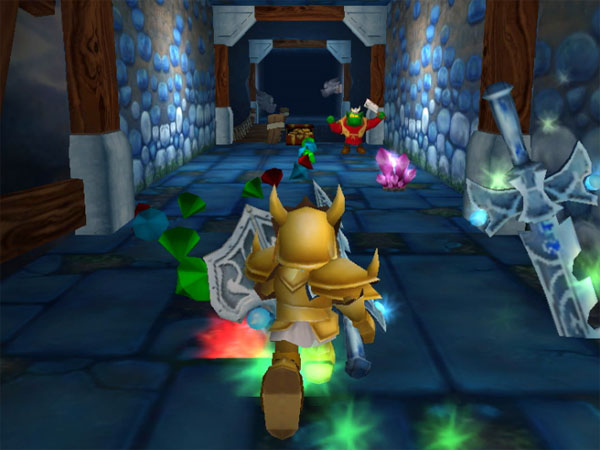 One Epic Knight (iOS) This one isn't coming out until 8/23, but I've had review code for a few days now. If you're a fan of the auto-run genre, you will definitely want to check this out. While it doesn't completely reinvent the wheel, it adds a lot of depth and variety to a genre that has generally been pretty streamlined.

It's still about running really fast and dodging stuff, but you'd be surprised at how different something like this feels just by adding a few smart tweaks. Also, I am quite happy to say that the developers don't abuse in-app purchases—they’re there if you want them, but they are totally not necessary to enjoy the game.

SEE WHAT THEY DID THERE, PITFALL?

Kard Combat (iOS) I stumbled across this one while googling for CCG/Strategy games, and it has quickly become one of my favorites so far. The thing that makes it great is that it's very simple and streamlined, and the UI is totally user-friendly. At the same time, the cards (very similar to something like Magic: The Gathering) have some interesting interactions with each other, and it definitely feels as though there’s a satisfactory amount of options without being confusing or overwhelming.

I've been playing it nonstop for the last two days, and it's still keeping my attention, easily. If you're in the market for something like this, this one is a big winner. 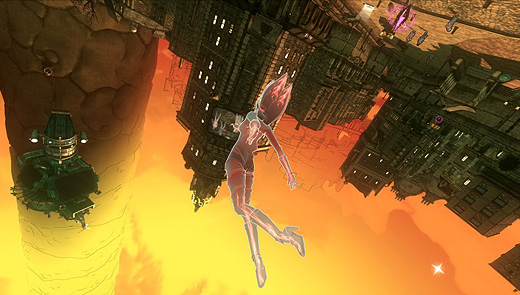 Gravity Rush (Vita) I hate to end this section on a down note, but if I must, I must. I was waiting for GameFly to send me this one for quite a while, but once I finally got it, I grew bored of it almost immediately. This is doubly heartbreaking not only because the game is visually beautiful, but because the damned Vita has so little to play on it at the moment.

I really thought this one was going to be the game to make me start carrying the Vita around again, but not so. I think after about an hour or so, I had seen all I needed to see and I felt no desire whatsoever to return to it. I wouldn't have guessed this one would've been such a snoozer, but no matter how much I told myself I should like it, I just… didn't. 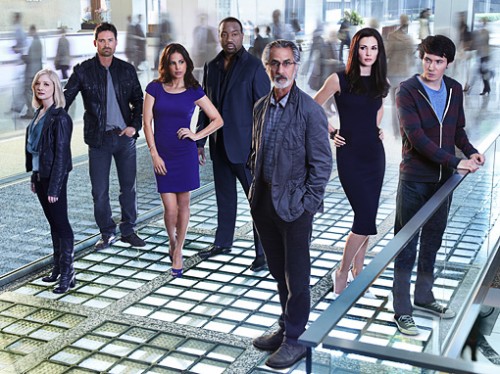 Alphas (SyFy) Just another quick shout-out for Alphas here. If you haven't already started watching this, go watch it right now. The entire first season is now up on Netflix, and the current season (S2) is only up to episode 3 or 4. It will take no time at all to catch up, and I think you'll want to.

Although I will be the first to admit that the show got off to a weak start, the writers and actors found in their respective grooves after a few episodes, and the season finished strong. I was quite happy to see a satisfactory amount of development with most characters, and there was definitely some quality time spent on the human side of things—although the cast generally catches a bad guy in each episode, I really feel as though the characters have opened up and gained a fair amount of depth. I can relate to them as people, and that's really the key to why this show has quickly become one of my favorites.

Of special note is the character Bill Harken. I really disliked him in the first few episodes—he's an ex-FBI agent who wanted to get back in with the Bureau. He had a real attitude problem, not to mention that he seemed pretty pathetic as an agent. As I followed the show along, I started liking the fact that I disliked him. He came off as human, fallible, and someone that seemed somewhat real… he was focused on himself, he made bad choices, but you could understand where he was coming from even if he rubbed you the wrong way.

As things progressed, I really enjoyed seeing Bill reconsider his approach to things, and I thought it was especially clever the way that the writers tied his power (superstrength) into why he acted the way that he did. There are a few scenes when he discusses having children with his wife, and I felt those really resonated… it's not that they were especially unique or mindblowing in any way, but I really appreciated that the show took the time to give viewers another side to Bill has a way of further humanizing a character who could have easily become a heavy-lifting one-trick pony.

Finally, props to the writers for keeping things very tight and sensible. Every time the wife and I had some question about what just happened on screen, the writers predicted those same questions and would inevitably answer them a few moments later. I'm also quite glad that there's been no ridiculous power-swapping, or any gizmos that take powers away for the purposes of any one episode. The show's reality has been very consistent and logical to the extent that a show about superpowers can be, and that is exactly the right thing to do, if you ask me.

Anyway, enough gushing… go watch Alphas if you like mutants, the X-Men, flawed people with superpowers, Misfits, the first season of Heroes, or anything along those lines. Start with season one and give it a few episodes to blossom. My bet is that you won't be disappointed.