Home » Blogs
After a long pregnancy that seemed like it would never end, my son Whittaker Rana Gallaway was born on May 4. 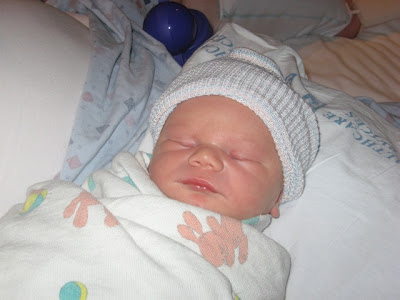 Vital stats: 8lbs 1oz, 20.5 inches long, and his skills are Charm, Nuzzle and Sleep. Not bad for a level one character, eh?

Now that he's out of the womb complete with ten fingers and ten toes, the wife and I couldn't be happier, although the cliché about being insanely tired after a birth is true. Not only is the process physically rough on both mother and child, babies run on an opposite clock—sleepy and quiet during the day, fidgety and needing extra attention at night. Although it probably made a lot of sense from an evolutionary perspective back when the species was still avoiding sabertooth tigers and giant cave bears, it's not much of an advantage these days.

…Needless to say, this little level one character cast a level ten Fatigue on his mommy and daddy, and we're just now shaking it off thanks in large part to the mother-in-law, who brought a purse-full of Remedy with her when she came to visit. 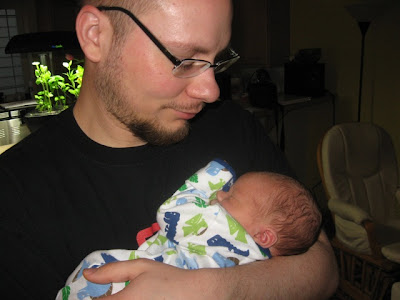 Despite this joyous, incredibly happy and absolutely welcome event that overshadowed everything else in our lives, it's true that time waits for no one—while we were stumbling around in a daze changing diapers and looking for clean swaddling blankets, my email box swelled up to over 350 messages needing a look-see. If you've sent me a message and haven't heard back, I'm only just now starting to wade through the deluge. Besides letting electronic communications go by the wayside (except for Twitter, which I could do in mobile fashion with one hand while juggling things in the other) all game reviews, work on the new book, and Coffeecola updates came to a bleary-eyed halt. However, after being home for a couple of days, it feels as though things are on the upswing. I expect a somewhat-normal work routine to take hold imminently—starting back up on caffeine has helped a great deal.

(I gave it up in addition to a few other things in a show of solidarity for the wife who was abstaining while Whittaker was in utero, but now that the embargo on potentially-harmful foodstuffs has been lifted, let the coffee overdose jitters commence.)

Thanks everybody… it’s much appreciated, and the wife and i couldn’t be happier. : )

I know you’ve been wanting this for a long time (and also know what your other son means to you). Congratulations, old friend, and may you learn the joys of save states over the coming months and years.