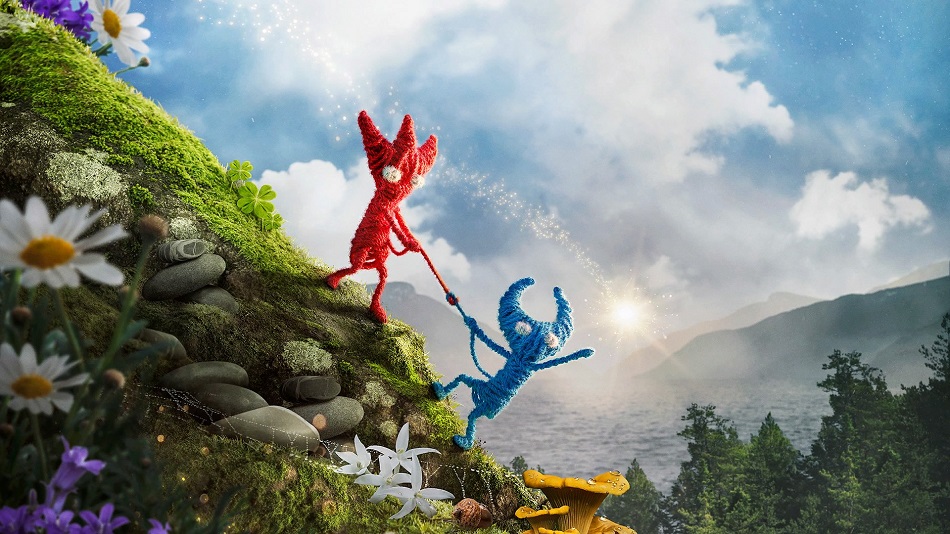 HIGH The wonky physics of the first game are gone and the mechanics are a joy.

LOW This wonderful game was instantly forgotten upon release.

WTF I have absolutely no idea what the story was about.

During the press conferences given at 2015’s E3, publisher EA showcased a developer named Martin Sahlin. He seemed a little awkward and unpolished talking about his game, Unravel, but he was passionate. Martin’s presentation became one of the touchstones of that show, and awareness of this little indie (strangely championed by a massive publisher) went sky-high thanks to his heartfelt manner.

EA brought Martin back to E3 in 2018 to introduce Unravel Two, but this time the outcome was different. Despite a return visit from the man who won the expo three years earlier and the added surprise of releasing on the same day it was announced, the game failed to get any traction and was soon forgotten — deeply unfortunate, because it’s a genuinely wonderful experience.

In some ways, Unravel Two can be seen as something of a do-over. This 2D puzzle-platformer offers the same basic premise as the original — players take control of Yarny, a red creature made from wound-up fibers. After a boat sinks, it washes up on a strange shore alone until it discovers a second Yarny that survived the waves. The two join their loose ends together with a magical spark and and they set off across the island to… do something?

Their goal is vague and unclear, and this was also true of the first Unravel. The conjoined creatures seem to be indirectly helping unspecified children escape from an anonymous tormentor, but there’s no dialogue and it’s never spelled out exactly who is who, or what the relationships are. Are they fleeing a drunken father? Are they avoiding the foster care system? Who knows? Thankfully, the human scenes play out via ghosts (or are they?) displayed in the background and can be safely ignored. Honestly, Unravel Two makes more sense when focusing only on the yarnies, and the gameplay is so entertaining that the garbled metanarrative isn’t needed. 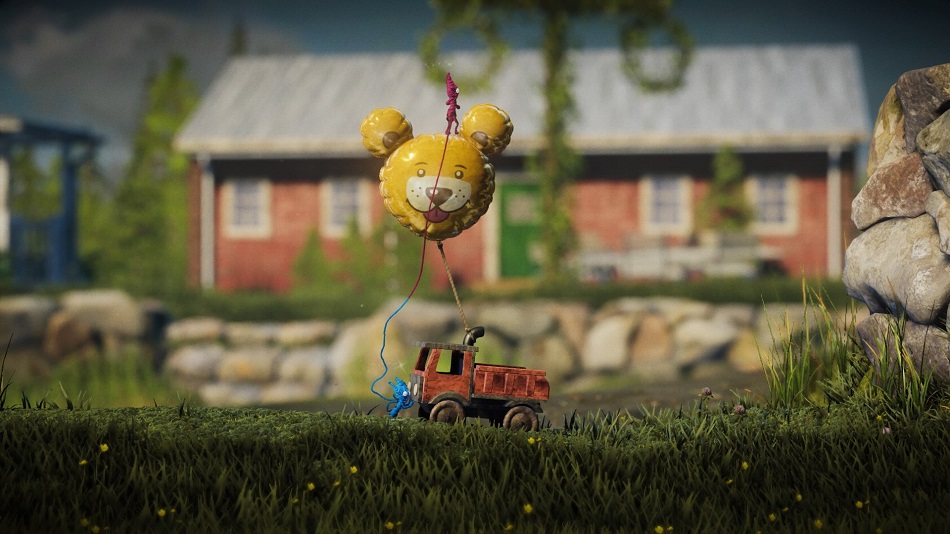 Putting the ‘plot’ aside, Unravel Two can be played alone or in co-op. When a pair of friends are together on a couch (no online, sorry) each one controls a separate yarny. When playing alone, the two yarnies can combine together and create a single intertwined character for ease of control. However, they’ll need to detach back into their separate selves in order to get past most of the challenges in their way, and the developers create all sorts of clever obstacles that leverage their unique physicality.

Since they’re made from a tiny, more colorful version of rope, the yarnies can latch onto grapple points in the environment and use them to climb up, to swing from, or to pull something closer. They can also create trampolines by tying yarn between two points, one can be perched above and pull the other up behind it, they can leapfrog each other in mountain-climber style, and more — nearly every permutation of two people connected by a rope makes an appearance here.

While this is essentially the same premise as the first Unravel, there were instances of physics weirdness and some difficult things to parse in that first outing, but that’s not the case this time around. The developers have clearly spent a lot of time and effort in polishing things, and Unravel Two is a smooth as silk. Also, that it can be played enjoyably both alone or with a friend is no mean feat, and showcases incredibly intelligent, thoughtful design that is a clear step above their previous work.

I played the majority of Unravel Two cooperatively, and we enjoyed splitting up the tasks and coming up with strategies together. One of us would frequently act as an anchor for the other to swing ahead, or one of us would hold something dangerous securely back while the other manipulated a switch or a block without fear. In solo mode, the active yarny will keep doing the thing they’re doing when the player switches to the second yarny, negating the need for another live person. This swapping is an extra layer for single players to manage, but remains effective, engaging, and never frustrating. 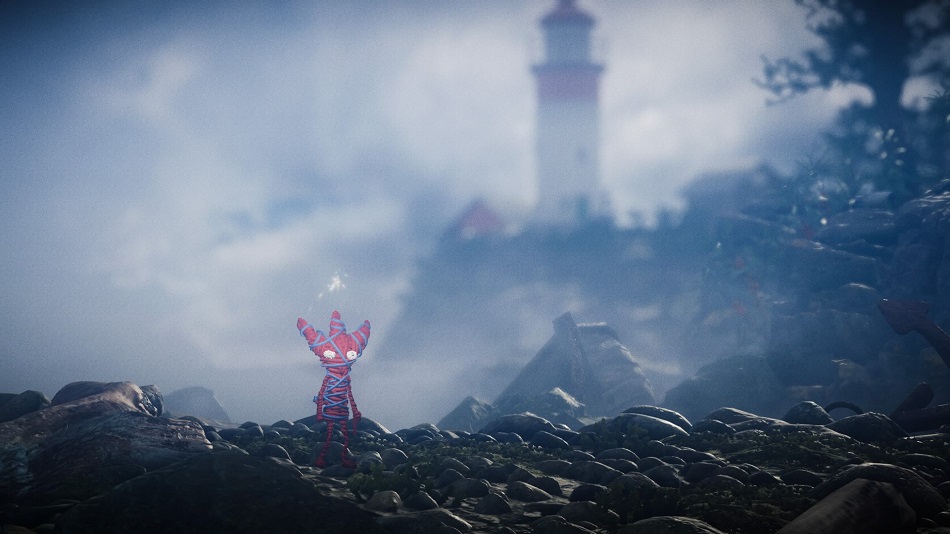 In fact, I’d say that Unravel Two is an outstanding title to play with a child, or a family member who’s not great at games. If a yarny gets crushed or burned, checkpoints are plentiful. However, dying was a rare occurrence until the late stages because one yarny would frequently save the other by pulling them back up from a fall, or simply combining the two to into a single yarny makes it easy for the more skilled player to navigate a challenge. When complete, the less skilled player can separate and then continue without feeling like they were holding the other back. As such, the campaign moves at a quick pace, and there’s very little friction — puzzles are satisfying but not too difficult, and it’s a pleasure to keep moving ahead with a friend who may not be of equal experience.

Speaking of moving ahead, it’s a joy, visually, to do so because the nature-oriented graphics are often staggering. Every environment is rich, and nearly photorealistic at times. I often stood still and simply absorbed details like a tiny crab scuttling in a puddle, or the way the wind rustled leaves above. These lush areas are also the perfect counterpoint to an emotional, plaintive soundtrack. I don’t usually spend time dwelling on music in games, but this is a score that I appreciated greatly, and found to be a perfect fit.

Unravel Two is a fairly compact jaunt with only seven levels and some optional challenges for those who want them, but I found it to be the perfect length for what it is. The runtime offers a satisfying array of puzzles that function equally as well with one player as they do for two, it’s stunning to look at, a pleasure to listen to, and although they might not be ranked alongside other videogame luminaries, I adore yarnies. I’m not sure if a third game is in the cards considering how quickly Unravel Two was forgotten, but if so, I’d be more than happy to go on an adventure with them again. Rating: 8 out of 10

Disclosures: This game is developed by Coldwood and published by EA. It is currently available on PS4, XBO and PC. This copy of the game was obtained via publisher and reviewed on the PS4. Approximately 12 hours of play were devoted to the campaign mode and challenge modes in co-op, and both were completed.

Parents: According to the ESRB, this game is rated E and contains Mild Fantasy Violence. The official description is as follows: This is a side-scrolling platformer in which players control a pair of fantastical creatures called Yarnys as they navigate environments. Players traverse platforms and avoid hazards by swinging from yarn lassos; some areas contain animals that chase/menace the player’s characters. The Yarnys are defeated when they are eaten by a fish, grabbed by birds, crushed by boulders, or run over by cars.

Deaf & Hard of Hearing Gamers: There is no spoken dialogue in the game, and the only text is found in the title of levels or in menus. There are no audio cues necessary for play, and the game is fully accessible. 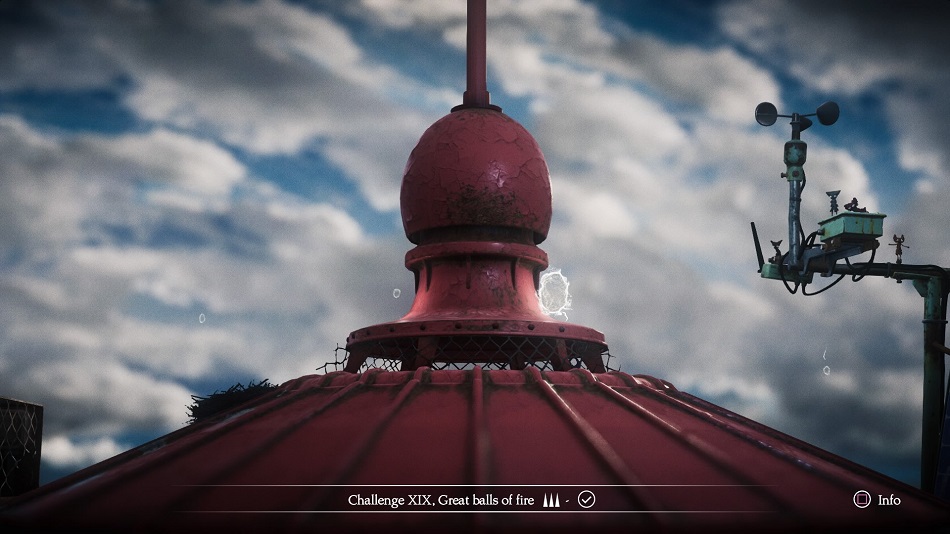 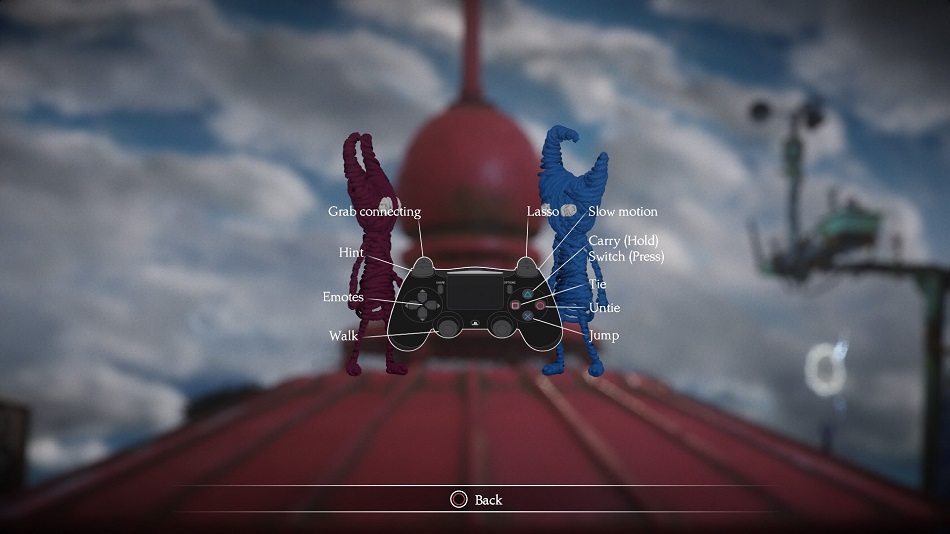