Don't get me wrong—technology is a wonderful thing. Seriously, I'm not the kind of person who wishes we could go back to the days of listening to the latest pop hits on wax cylinders, or who thinks that microwaves have killed the art of cooking. That said, a person's got his limits and there are definitely some times when things in the tech world just get going too fast. 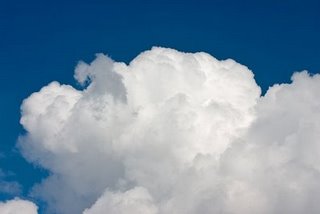 Of course, I'm talking about all this newfangled "Cloud" stuff that's been going around. For those who may not have heard about it yet (and trust me, I'm sure you will) the gist is that some people have gotten the idea in their heads that the best way to take video games to the next level is to do away with traditional consoles as we know them. No more going down to the store, picking up a disc, popping it in your console of choice and enjoying with a slice of pizza or cold beverage. Instead, games will allegedly be run from a central server and streamed via broadband to a receiver box which will then send that signal to your home TV.

While the initial response from some people might be that this seems incredibly convenient and hassle-free, I'm going to be perfectly honest and say that I find it to be pretty disturbing. All discussion of whether this concept is actually technically feasible or not aside, there's a whole host of issues that should be looked at before the industry goes rushing ahead into uncharted territory. For now, I'm going to be talking about two.

The first thing that pops into my head is that people won't own games anymore. This is particularly chilling to me, since I'm definitely a collector. I love games. I love looking at the cases, I love flipping through the manuals, I love looking at the art on the discs. I get a warm, fuzzy feeling from looking at a shelf full of alphabetically-arranged titles and reminiscing about all of the different experiences they brought me.

Some may say "hey Brad, what gives? You're totally down with downloadable content. DLC doesn't come with any discs or cases, so what's the problem?" 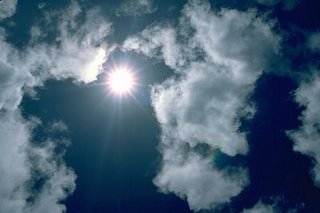 I'll tell you what the problem is. The problem is that in general, I definitely prefer hard-copies. If there was a disc version for every single piece of DLC, I'd own it. The fact that I own several games and add-ons in strictly electronic format was (and still is) slightly unsettling for me, but it's been tempered by the fact that you can save these items on hard drives and access them whenever you'd like. As a matter of fact, I'm actually elated that Nintendo finally implemented their SD memory card support. The Wii's internal memory was pathetically tiny, and it was giving me an ulcer thinking about the fact that I had to delete several games I paid for in order to make room for new ones. Now that there are satisfactory solutions for all three consoles in terms of DLC storage, I'm okay with that. It's not optimal, but it'll do.

This cloud concept just takes things one step too far. Now, there won't even be copies of games paid for with my hard-earned money, on disc or on hard drive. Every title I allegedly “buy” will be stored at a central server somewhere across the Intarwebs, and I'll have absolutely nothing whatsoever to show for it. Some people may be all right with this, but I'm not. Absolutely not.

I work hard and I'm not frivolous with my money. Every penny counts. Therefore, whenever I decide to spend some, I expect that whatever I pay for would have some inherent value to me past the instant gratification of the moment. Books, comics, CDs, movies, games… while not every item is worth its weight in gold, there is definitely something to be said for the fact that you can take any of these things and sell them or trade them. There is a real value there. With the cloud model, I've got nothing. If the service is down that day, I don't have anything to play. If I get tired of the game I paid for, I don't have anything to trade to a friend or to resell on eBay. I've heard talk of a "subscription" cloud model, and in that scenario, if I decide that I don't want to pay a monthly fee to whatever company is charging me, then I'll lose access to everything I've ever bought. I am not at all excited about the idea of "renting" ephemeral, phantom games for the rest of my life.

The other major problem besides the issue of ownership is from the historical perspective. As a critic, I very often find that I need to go back to older titles to do hands-on research. As players who've been in the hobby for more than a few years will notice, trying to track down older games isn't as easy as going down to Blockbuster and renting a classic, going to the library for a literary masterpiece, or even going to a local convention and finding that issue of Alpha Flight or Spectacular Spider-Man that you've been missing. In my opinion, finding old games can be extremely difficult, and in this new, rapidly growing field, we would do well to not forget our roots. 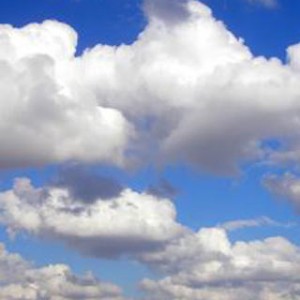 How would art have progressed if all the works of the Renaissance were tossed out when someone invented a new type of paint? How would film have continued to grow if every black-and-white picture was thrown at landfill when color became popular? Having tangible, physical copies of things is inherent to the human process. In order to keep moving forward with game design and development, we need to be able to look back and see where we've come from, and if games no longer are available; if they simply disappear with the next iteration of cloud-receiver hardware and improved servers back at headquarters, how will this media evolve?

Videogames are especially vulnerable to disappearing into a void because it's such a new venue for human expression and experimentation in relation to all the other arts, and it's advancing at such a rapid pace that the potential to have huge revelations and movements simply vanish is entirely too real. Unlike books, paintings, sculpture, or other forms of creativity, there has been precious little cataloguing and discussion. We are not leaving much of a trail for ourselves, and while we are still fortunate to have many of the pioneers alive and with us today, that won't always be the case. 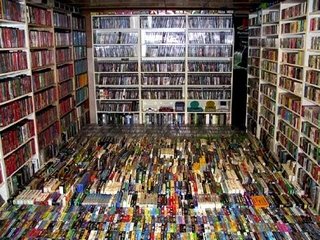 In a best-case scenario, every game created would still be available whether it was burned on a disc or stored in a server somewhere, but I think in the real world, we all know that simply doesn't happen. Completely eliminating the physical storage and archiving of this media pushes videogames perilously closer to a perpetual state of partial amnesia, potentially trapping us in a process that makes it nearly impossible to reach maturation.

As a critic, I'm extremely concerned. As a fan and collector, I'm chilled to the bone. As a consumer who wants to receive fair value in exchange for my hard-earned money, I'm not going to stand for it.

I think that with the exception of a very fervent collector minority, most of us will give up our silly attachment to physical media. Most of us haven’t had any difficulty giving up our attachment to CDs. With Steam and Direct2Drive on my PC, I’ve pretty well given up the need for game boxes as well. I actually much prefer the digital storage. I’m not a fan of “stuff”.

But I agree that it will be very unlikely that streaming content totally replaces physical media and/or local content any time soon. It will become another option.

-70% of americans have 2mbits/s (im from england and have the same) -5mbits/s are required to play games in HD (PS3/360) -So if i want to play a game at home, the quality will be wii standard, so playing it on my HDTV will be pointless, and anywhere that i will be using my laptop won’t have a good enough internet connection -Whilst i wouldn’t care hugely about the downgrade, the market which is obsessed with them, soon enough people will realise the graphics aren’t as good as they could be On top of the doubts of its capabilities i… Read more »

My biggest hangup with something like OnLive is that if their data center or your ISP is having a bad day, you can’t play your game. Something that dependent on an external service is bound to have issues with lag an other network problems, not to mention the service’s right to remove games at will, something particularly troubling if we ever see another Hot Coffee incident where content is forcibly removed. I think that online distribution services such as Steam will become the standard before cloud computing will-it removes the cost associated with physical mediums, and that wouldn’t really bother… Read more »

What if they made agreements with national library archives for regular archiving of their content? So that in 2025 you could go to the local library and play a 2015 game even if the company had collapsed? Would some kind of formal archiving process alleviate your concerns at all? Because it’s not like it’s being done very well at the moment. Game companies go bust and who owns the rights to an old game becomes a complex issue. Abandonware sites try to save these titles but are at constant risk of a lawsuit. Old hardware dies and becomes incompatible with… Read more »

Honestly, i don’t like the idea of someone deciding what game to “broadcast” too, but i also think that if u’ll want to own a game, there’ll always be a way to.