In between projects at the moment, I spent most of my game time today (which was not much) checking out the various Community games I've downloaded over the last few weeks.

Every Wednesday when I check out the new stuff on Live, I make a point of looking at the new Community offerings and queue up the trials for a day just like today when I want to play something, but I'm not quite ready to commit to something substantial. Anyway, I think I tried something like ten or twelve different titles, and only one of them was worth a damn.

Called Trino, you take on the role of a small, aquatic-looking life form that creates triangles in space. The point of it is to trap enemy creatures within the triangles to earn power ups and move on. It's sort of half-puzzle, half-action, and it has a very polished and "complete" feeling to it. I didn't spend a lot of time on it, but I paid for the download happily and I'll be getting to it in short order. 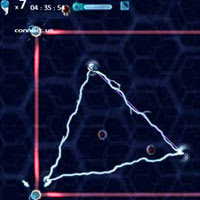 I finally unlocked the hidden mission in Behind Her Blue Flame, one of the DLC missions for Valkyria Chronicles.

(And if you haven't bought VC yet, exactly what the hell are you waiting for? It's $30 brand-new and outstanding.)

Although I dislike the way the game assigns rankings based on speed of completion and nothing else, I was compelled to keep pushing through since I had heard that the final section features enemy general Selvaria with full use of her Valkyrur powers. If you've played the game, then you know how awesome that is. If you haven't, trust me when I say that she is a one-woman wrecking machine. 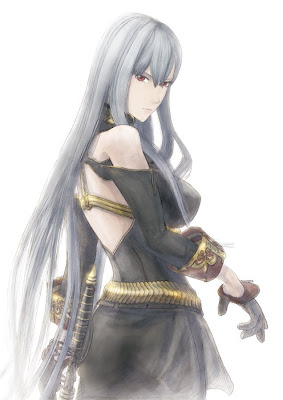 At this point I'd actually like to say that the payoff was worth the effort, but that would not be quite accurate. Although it was a bit of a rush to get to play with the big guns, the level itself is actually quite boring, and the amount of restarts and aggravation needed to get there were pretty significant. I'm glad I did just because I'm such a Valkyria fan, but in all honesty, it was more trouble than it was worth.

At long last, I finally got the chance to play OneChanbara Bikini Samurai Squad on the 360. If you haven't heard of the game, here is in a nutshell: girls in bikinis, swords, and zombies. It practically sells itself, right? At least, the concept does… 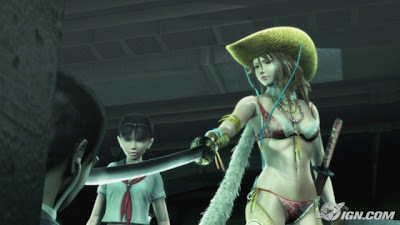 After popping in and turning it on, it took me about ten or twelve minutes to decide that it was complete crap. The graphics are atrocious, the level of sophistication is quite primitive, and I saw absolutely nothing that convinced me in the slightest that this game would be worth even a cursory play-through. In all honesty, it was one of those titles that screams "steaming pile" from the get-go.

It's unfortunate because I could really get behind a title with such an offbeat premise, but the fact remains that for any game, no matter the content, there's got to be a certain level of expectation. In the case of Onechanbara, there was a giant, black sucking hole where the quality should be.

A quick heads-up to you Shin Megami Tensei fans out there… Devil Summoner: Raidou Kuzunoha vs King Abaddon just came out, and the deluxe package is awesome: 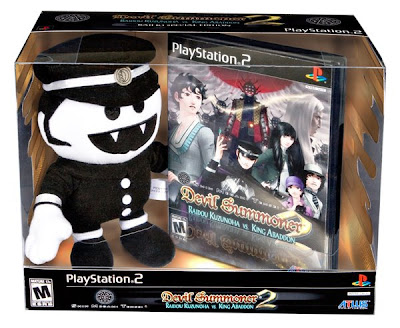 The game, a Raiho demon plushie, and a super-cool looking box. It's so sweet I don't really want to open it, but since I loved the last Devil Summoner, I'm-a gonna have to. Go out and get yours yesterday… you know how fast the good Atlus stuff goes.