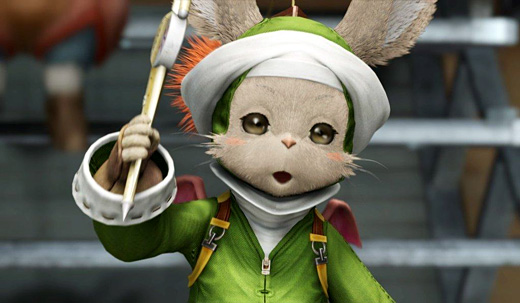 Heads-up to Dragon Age fans… The next bit of DLC, "Return to Ostagar" will be released January 5th, so keep your eyes peeled for that. My end-game save mysteriously vanished (damned buggy 360 version!!) so I'll have to replay the Archdemon bit to get myself in the proper place to enjoy it, but I'm looking forward to another trip to Ferelden regardless.

So, I've been putting a bit of time into Trials HD's "Big Pack" DLC between yesterday and today, and as if it wasn't already clear, one thing has been hammered home: forget any talk of Demon's Souls, and put the crappy modern Ninja Gaiden games out of your mind—Trials HD is without a doubt the most hardcore, soul-crushingly difficult game available today. There's just no contest.

Although I cleared all of the Medium and Hard tracks without much of a problem, the new additions to the Extreme category instantly brought back the hours of suffering I put into finishing the originals. Tonight's torture was getting to the tail end of the first new Extreme track and then coming to a complete stop as one bunny-hop up a ledge defeated me time and time again. Just today, I logged forty-five minutes and over four hundred attempts at the jump, and although I almost made it three or four times, I walked away without tasting victory.

If this was any other game, I'd instantly write it off and delete it from my hard drive… but there's no denying the quality that Trials HD brings. It's one of those once-in-a-blue-moon types of experiences that spits in your eye and calls you a weakling while evil laughter emanates from the console, yet you just can't stop playing it.

Also, I'm continuing on with Final Fantasy XII. Getting pretty close to the twenty-hour mark, and still enjoying it quite a bit. Interestingly, I've been hearing from a number of people (and also saw the same on several message boards) that the game is too grind-heavy and that the dungeons are too long. I find both of these issues interesting, and I wonder if they're just a matter of perspective, or possibly even misunderstanding.

For example, although I do agree that the areas to explore are generally huge, I have yet to get stuck in one that forced me to comb every inch of it. The game is good about directing players where to go, and if those directions are followed then it's a simple matter of going from point A to point B as quickly (or as leisurely) as is desired.

Personally, my habit is to make a beeline for whatever my next destination is, and once I'm located near an easily-reachable crystal (for saving and free MP-recharging purposes) then I'll hang around a bit and level-up if I feel the need. There's no real push to explore every inch of every map, unless you want to. This leads into the next point regarding grinding…

The other day, I joked with a friend that I was doing a "60-hour speed run" of Final Fantasy XII by following the story and ignoring all of the side quests. I'm not a fan of grinding at all, and RPGs which keep themselves playable when the person doing the playing is simply following the critical path are my favorite sorts. In total, I haven't done more than an hour or so of "grinding" enemies (and that done from my own free will) and I'm having no issues so far, so I'm kind of wondering where the complaints are coming from. Maybe it becomes more of an issue further into the game, but at the point I'm at, it just hasn't been a concern.

I will admit that I was running a little short of cash and wasn't able to buy my characters all of the weapons and armor I wanted until someone tipped me off to assigning an automatic "Steal" gambit to my party. I was actually surprised at how effective it was in generating extra cash, and since getting wise to this trick, my money troubles have been over.

If not for money, the talk of grinding could possibly be due to other reasons as well. Final Fantasy XII deviates from previous Final Fantasy titles in a lot of ways, and leveling up is one of them. Survival in the game isn't just a matter of gaining experience, it's more about exploiting the License Board to make sure that each character has the right skills and bonuses to survive. Having the right equipment is also of utmost importance. Unlocking a '+500HP' perk and getting a strong piece of armor have a more immediate, noticeable effect than gaining three levels does, so maybe complaints about grinding are related to equating levels with survival?

Talking about levels specifically, I do want to call the game out for not giving any experience points to inactive party members. That's a pretty old-school design that no longer has a place in modern RPGs, so if someone was trying to keep all six members at comparable levels (only three can be active at a time) then I could certainly see where grinding to bring lagging members up to speed could be a problem. Outside of that one particular instance, I just don't see much need to grind, though. So far it's still a great play—here's hoping it stays that way.

I actually didn’t mind the desert too much, even though it is quite long. The game does have some pacing problems, but overall it didn’t bother me.

As I made it through the game, every so often I would get to where I just couldn’t get past a certain point without going back and leveling up. I hadn’t been avoiding fighting enemies or anything(and actually spent quite a bit of time going around and leveling), so I did in fact have to grind to get past that point. Eventually this got annoying enough that I stopped playing.

People complaining that grinding is required in JRPGs usually don’t understand the battle systems very well. For example, Final Fantasy X can be completed without upgrading player characters at all, ie., play the game from start to finish with level 1 characters. Many jrpgs can be completed this way. So the idea that grinding is required is just naive. Many reviewers complained about the recent popular Persona games (P3,P4) requiring hours of grinding, but with a little strategy and some sound decision making they can easiily be completed without any exra battles, the same holds true for most JRPGs. Level… Read more »