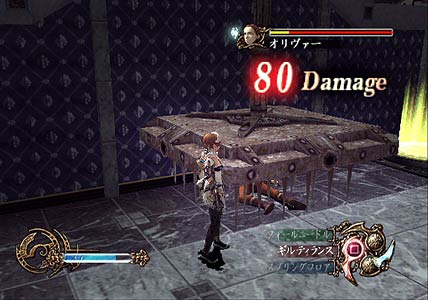 Back before Tecmo was known for overrated ninja games with dysfunctional cameras or beach excursions with surreal bouncing physics, they made quirky titles that were light on eye candy but heavy on originality and gameplay. One of the most unusual was Deception—a game that tasked players with murdering people by laying gruesome traps in order to resurrect the devil. Needless to say, it was in a happy little genre all by itself.

Though that game was good times, it was heavily flawed. Two sequels followed after, each enjoyable, but neither made it through development without picking up a new set of problems. Trapt is now the fourth attempt to get this formula right, and I'm happy to say that it's still not perfect but definitely the best one yet.

Although the camera is ridiculously slow and unresponsive (an intentional choice to alleviate the motion sensitivity Japanese gamers are so prone to?), it's as sickeningly entertaining as it ever was to lay down a giant bear trap, snap it closed on an approaching attacker, shoot him full of electrified spears and then drop a giant flaming boulder on his head, laughing as the whole mess explodes.

Certain elements of the game have been pared down and menus are now extremely clear and streamlined, giving the game a speedy, quick feeling. In fact, a player could fly through the story mode in two to three hours, but that's not a complaint. There's a lot of replay offered via multiple endings and the feverish desire to unlock every trap. Some are pretty nasty and some are just for laughs, but mixing and matching them for the most effective (or comical) killing strategy is guaranteed to provide a few hours of good, clean fun.

The story may be as dull as dirt and the graphics may lack a satisfying level of detail, Актуальное рабочее зеркало на сегодня 1xbet but there's no denying that Trapt (and its three predecessors) provide a crazy sort of skewed gameplay that simply can't be had anywhere else. Very few projects actually make me laugh out loud with maniacal glee, but this was one. It's too bad that most of the attention Tecmo's developers get these days are for games I find woefully unsatisfying… in my opinion, their eccentric side is what made them such a notable development house, and Trapt is a prime example of where I'd like to see them focus their efforts. Rating: 7 out of 10