So, I just finished my first tour of Sony's new Home app, and… there's not really much to say. 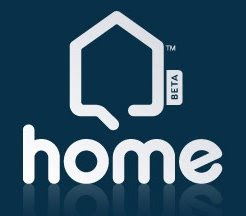 I got an e-mail out of the blue this afternoon inviting me to download the Home Beta and "join in a celebration" between 6pm-8pm, Pacific. After being less than impressed with the New Xbox Experience, I was ready to get an up-close look at what Sony has to counter with, so I did just that. 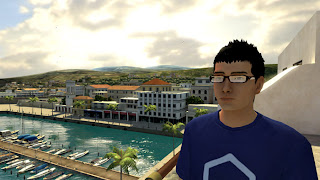 After downloading, I was prompted to create an avatar. Evidently, avatars are the new hot thing and with Sony's addition, each of the big three consoles now sports their own version. Initially the creation options seemed like they were going to be deeper than the 360's, but after just a minute or two, I started feeling just as limited. The best I could do was to put together a nondescript-looking dude with a fauxhawk and some earphones that you'd expect to see walking down the sidewalk in Liberty City.

Listen up, Nintendo, Microsoft and Sony: When gamers create avatars, our first inclination is not to re-create an exact likeness of ourselves—what we want to do is to go friggin' crazy. The more outlandish and bizarre options, the better. Going further, being something that isn't even human would be a huge plus. Big demon horns? Dog heads? Chicks in skimpy bathing suits? Hello??

Anyway, I took my Joe Blow into my seaside studio apartment and took in the view. There were many options for various things like furniture and wallpaper, but almost none of the features were active. The only thing I could install was a bubble blower, and it didn't keep me busy for long.

With a few minutes to go before 6pm, I went for a spin around the central gathering area and checked out the "Mall", "Bowling Alley", and "Theater". Everywhere I went, there were small clusters of people typing out brief messages via their D-Pads and displayed in small balloons over their heads. I assume that headset functionality will be enabled for speech, but I don't have one and no one I encountered seemed to have one, either. Needless to say, conversation was not happenin'. 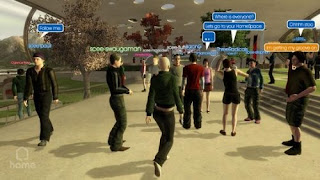 The mall was another empty locale, the few storefronts having no goods for sale. Nothing to do there but stand around. The theater was little better, modeled to resemble a movie theater, and there was a short clip of the latest Socom looping on the screen. I could sit my avatar down and watch it, but I don't see why I'd really want to pretend I was in a theater when I'd much rather pick a video of my choice from a menu, save time, and skip the pretense.

Finally, there was a little action happening in the bowling alley. Several people were tossing some balls, and there were some pool tables up against the back wall. After walking into the play area, I was asked whether or not I wanted to participate in a game, and I did. Very rudimentary and minigame-ish, and there was nothing special about it, save for the fact that there were other live people playing it with me. Going through the motions got old, fast, so I headed back out to the central gathering place to see what this "celebration" Sony mentioned was all about.

More clusters of other users were gathering, and a few people pecked out some "where's the party?" type messages. With nothing else to do, some players started standing in groups and "dancing" (nothing in the world looks as hopelessly pathetic as this), while others just sat down and waited, virtually. I sat down, too.

After that, we waited some more.

By 6:40, I had had more than enough, and I decided to get back to Live and start actually playing something, instead of just standing around watching people type text fragments aimlessly as they tell each other they're bored. It's pretty bad form to invite people to an event and then not show up and have no event, Sony… that was, perhaps, not the best way to start things off.

Long story short, being at Home was like being in any random third-person open-world game except that there was nothing whatsoever going on. I couldn't even jump off the nearest balcony when the tedium became too much.

Virtual environments are nothing new and although I realize this was just a Beta and that not all of the features and functionality were there, I don't really imagine myself going back often to spend time in a pretend space without anything to occupy my time except looking at Sony advertising and milling around with people I don't know. Maybe Home will hook some people, but I've got better things to do with my time, I think.

Home is a Beta. I don’t know how much of an excuse this is for what was made available for users or members of the press last month, but it is at least worth a mention. What Brad describes sounds incredibly dull, but I think it is unfair to use that as a real gauge of what the final product will be. All of the really interesting stuff was unavailable or turned off. That says to me that Home was rushed out there to combat Microsoft’s NXE launch. If it weren’t for NXE, Sony wouldn’t have shown anything about Home… Read more »

I showed Home to my wife the other night, and after about 5 minutes she had to stop watching because it was making her motion sick from the camera. But before she started getting motion sick, she at least got enough of a sense of it to reach the conclusion that it seemed pretty pointless.

I think you nailed it brad. They made way too big a deal of something that as a “free add-on” would be a bonus to having a PS3. But sony making it part of what will make the PSN experience so great is going to back fire on them, because simply its not that great. The minigames are cool, but they’re just mini games and get old fast. I just dont get why its supposed to be such a great experience. I think a lot of the people who go on home sort of hope that the next time they… Read more »

yes, the sense of ennui pervading every corner of the Home Beta is a little hard to ignore. Honestly, I think Sony would have been smarter to keep this completely under wraps until it was ready to go, so that none of us would have any expectations and also so that they wouldn’t look like complete asses when the thing launches and everybody kind of murmurs a collective “BFD” when everyone gets a chance to see what it’s really about. it might be kind of cool as an innocuous little add-on for PS3 users, but positioning it as something big… Read more »

Depressing is a good word for the Home experience. Yet, i still find myself returning to play a boring game of pool, while having an equally boring convo with my opponent. I played the echochrome arcade game just to get the echochrome clothes….but it sort of makes me look like a storm trooper. Maybe depressing is too strong, i would say its more like an anti-depressant, artificially numbing.

Your description of Home pretty much matches up with what I’ve been picturing. It seems like this really bleak and sterile place that, frankly, strikes me as a little depressing.

That being said, there’s a part of me that is really excited to try it out. I may get horribly bored with it after a few minutes, but I’m still extremely curious to experience that boredom firsthand.