Go on a terrible date… with justice! 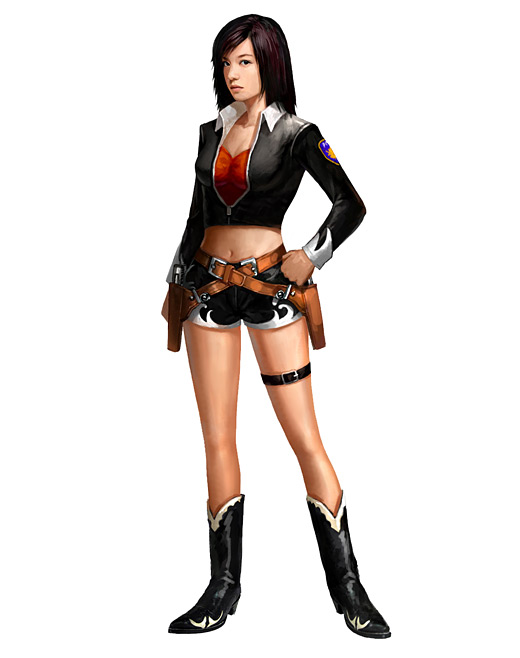 LOW The simplistic gameplay wears out its welcome almost immediately.

WTF In a good way: every cut-scene featuring Lewis.

A trip down memory lane revisiting the era of side-scrolling beat-'em-ups like Final Fight and Streets of Rage, developer Success' Tokyo Beat Down scores a direct hit with its crazy characters and absurd dialogue. Unfortunately, the gameplay throws weak punches and misses the target by a mile.

In a nutshell, Tokyo Beat Down asks players to walk from left to right and beat up every punk they encounter. This is a time-honored formula that proved wildly successful in the past, and quite honestly, I think it could be successful again. However, this is not the game that revives the genre.

Before getting to the criticism, I will say that I loved the game's bizarre 80's-ish style. Main character Lewis Cannon reminded me of nothing so much as a Japanese version of a Miami Vice character hopped up on steroids and Red Bull, and I mean that in the best possible sense. Every time he appears, players can expect over-the-top dialogue and ridiculous one-liners that are so bad, they're good. In this aspect, Tokyo Beat Down is all aces.

Everywhere else… not so much.

To make a long story short, Tokyo Beat Down's game design can't even begin to compare to some of the genre's classics from years ago, let alone hold its own today. For a formula that basically boils down to punching goons, it's up to the developer to find ways to make it exciting and fresh over the course of the adventure. Sadly, things here start to get stale after 30 or 40 minutes.

To begin with, there are no new moves or techniques to be found or earned. The extremely limited set of moves players get at the start of the game are the only moves available, period. I've played several games lately where developers make this extremely egregious mistake, and I cannot fathom for the life of me why it seems to happen over and over again. With nothing to work for or look forward to, it's hard to find the motivation to keep pummeling criminal after criminal. 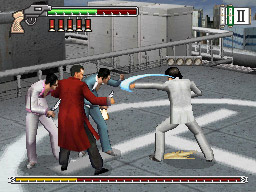 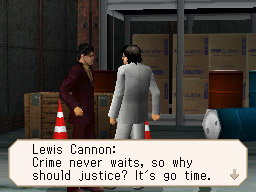 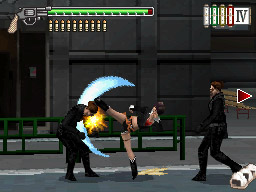 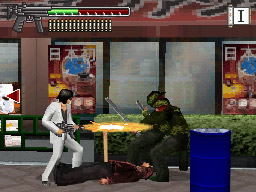 Players can occasionally switch characters for a level, but the other cops available are essentially clones of each other. Further sapping any potential energy, weapons acquired temporarily are so few as to be practically nonexistent, and the placement of health items and ammo is completely haphazard. For example, several levels have life-ups at the very beginning, when the player has taken absolutely no damage. Later on after a few rough fights, there are none to be found.

Speaking of ammo, Tokyo Beat Down's cops all pack heat. Sounds like an interesting idea, initially. After all, what's more fun than bringing a gun to a fistfight? However, like every other aspect of the game design, this falls flat on its face. Actually drawing a weapon is slow and cumbersome, leaving huge openings for enemies to get a hit in. Ammunition runs out in a flash, and before long every enemy comes armed, completely negating any potential advantage the player has.

Adding insult to injury, it's far too easy to get helplessly knocked back and forth by the game's enemies. Between swarms coming from both sides and sharpshooters taking potshots from off-screen, the phrase "gang rape" comes to mind. Totally lacking pace or balance, the only way I found to survive some of these swarm-happy levels was to abuse the brief window of invincibility when grabbing an enemy. Taking advantage of cheese like this does not make for satisfying play, and shows that the developer doesn't even have a handle on the basics when it comes to crafting a game like this.

As much as I appreciated the comedic elements during cut-scenes, there's just no excusing the generally poor quality everywhere else. The gameplay lacks any redeeming qualities, and would have been behind the curve in the 16-bit era. Today, there's just no place for a game like this at all. Rating: 3.5 out of 10.

Disclosures: This game was obtained via the publisher and reviewed on the DS. Approximately five hours of play were devoted to the single-player mode, and the game was not completed. There are no multiplayer modes.

Parents: According to the ESRB, this game contains alcohol reference, blood, mild language, mild suggestive themes, use of tobacco, violence. It's doubtful that kids want to play this game in the first place, but if they do, it would only be appropriate for older ones. If you let your kids watch cops shows or crime procedurals on TV, then they will do just fine here. Otherwise, the entire game is about crazy cops punching and shooting bad guys, so be aware before picking this up for Bobby or Suzy.

Deaf & Hard of Hearing Gamers: You won't have any problems. All dialogue is presented with text, and there are no significant auditory cues during gameplay.

I was really looking forward to this one.

You’d think that beat-em ups would be the easiest games in the world to make.. that and Tetris clones. I mean, the templates are all right there. Just copy Streets of Rage, Final Fight, Double Dragon to start and then copy the newer beat-em ups like The Bouncer and Death by Degrees (just kidding) and you’re set.

That was all I was expecting from Tokyo Beat Down. Now I’ll just borrow it from someone or probably never play it. Shame.