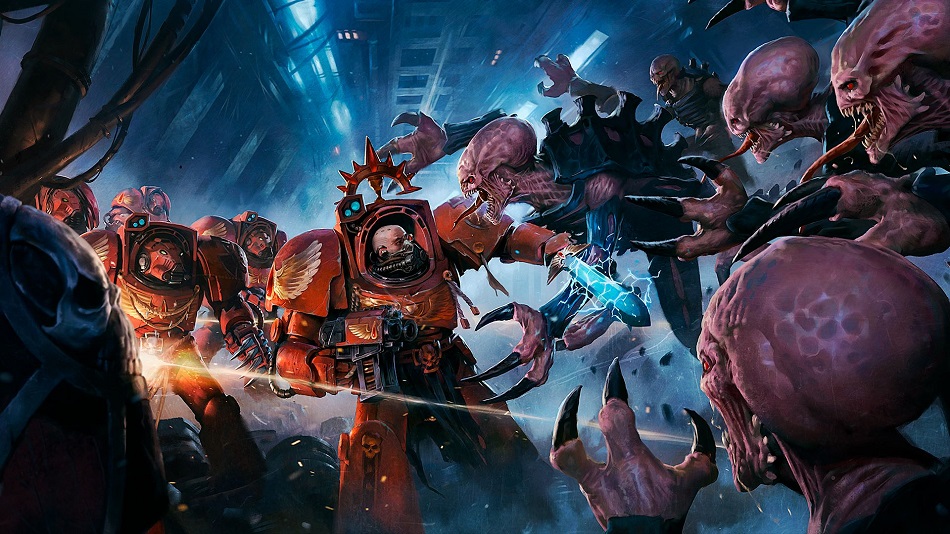 The subject of this installment: Space Hulk: Tactics, developed by Cyanide and published by Focus Home Interactive.

I don’t know much about Space Hulk other than the fact that it’s part of the Warhammer 40K universe and that apparently it’s a successful board game. When GameCritics got an offer to check out the turn-based videogame adaptation, I was quite happy to see what it was all about — I’m a big fan of tactics, and the last Warhammer title I tried, Blood Bowl 2, was fantastic. A bit on the janky side maybe, but still fantastic. However, there are certain things I require from turn-based tactics games, and one of them is a minimal amount of bullshit.

In this game, the player takes control of a squad of super-badass space marines in brutal-looking armor, and they’re going up against dime-store Giger-esque xenomorphs. Things more or less follow the XCOM school of tactics, but the aliens are nearly unbeatable at melee range since they have four arms and razor-sharp claws. The marines are ostensibly better at ranged combat, and I would assume that keeping distance and taking smart shots is where the moment-to-moment strategy comes in. However, SH:T (interesting contraction there) has a real problem when it comes to actually hitting aliens with bullets. 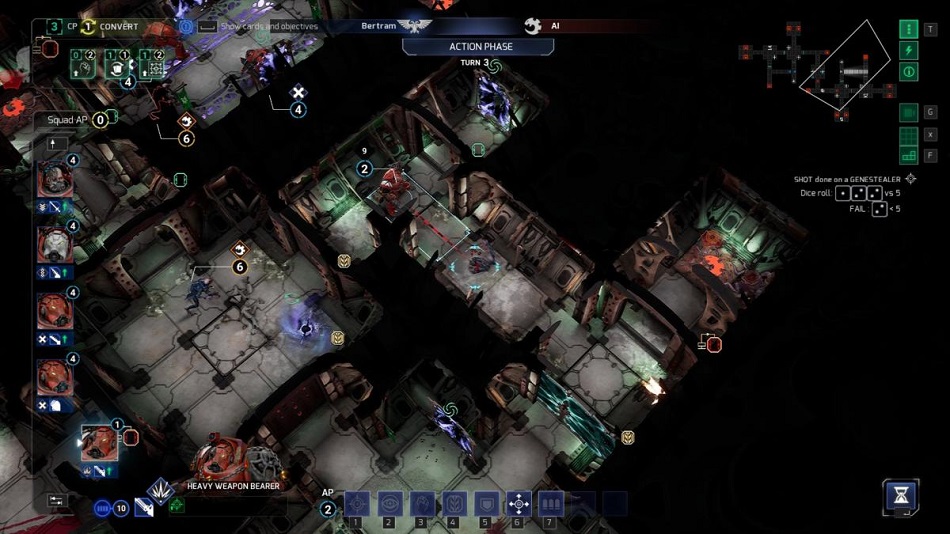 The most extreme example, and the place where I literally quit playing, was when I had three marines inside a room covering one entrance. All three were pointing at the same door, all three were on overwatch (a status where a soldier is ‘on guard’ and will automatically fire at anything that moves in their line of sight) and I was fully prepared for the aliens to come through. I was hoping they would! In any decent tactics game, the aliens wouldn’t have had a ghost of a chance.

Space Hulk: Tactics is not a decent tactics game.

Keeping in mind that I had three soldiers armed and ready with their eyes glued to the door, I watched an alien come in. I was ready for it to be turned into mulch, but instead, each soldier took two shots, and they all missed. That was six overwatch shots in a row without a single hit. The alien then left the room and came back in just to troll me. Every soldier pulled their trigger one more time, bringing it to a grand total of nine attempted shots, and they all missed again. Then the alien walked right up to one of the soldiers and struck him dead with a single blow. 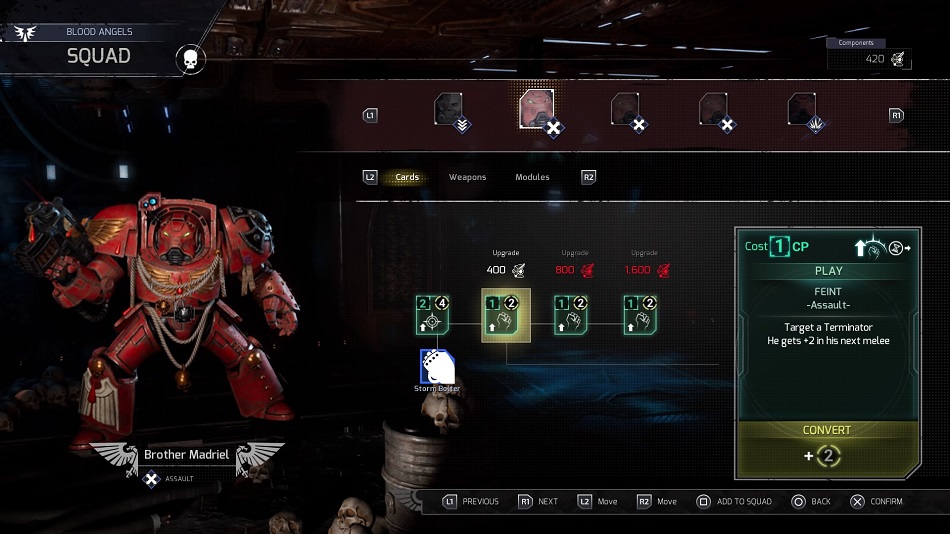 Another alien came in the same door, and the two remaining soldiers each took two more shots. All four bullets missed. That particular alien didn’t have as much attitude as his compatriot, so instead of leaving and coming back in, he simply walked up to my second soldier and again, took him out with a single swipe.

At this point I had no chance of finishing the mission, so I simply deleted Space Hulk: Tactics from my hard drive and called it quits. There’s absolutely no sense playing a turn-based tactics game if there’s a ridiculously infinitesimal chance of hitting an enemy even when actively planning for it and taking every possible precaution. I don’t know how anyone is supposed to play this, but I’m not going to spend any more time trying to figure it out. With a little less bullshit, this could have been a pretty decent title, but as it is? Utterly broken.