The subject of this installment: Snake Pass available for PC and PS4 and developed/published by Sumo Digital. 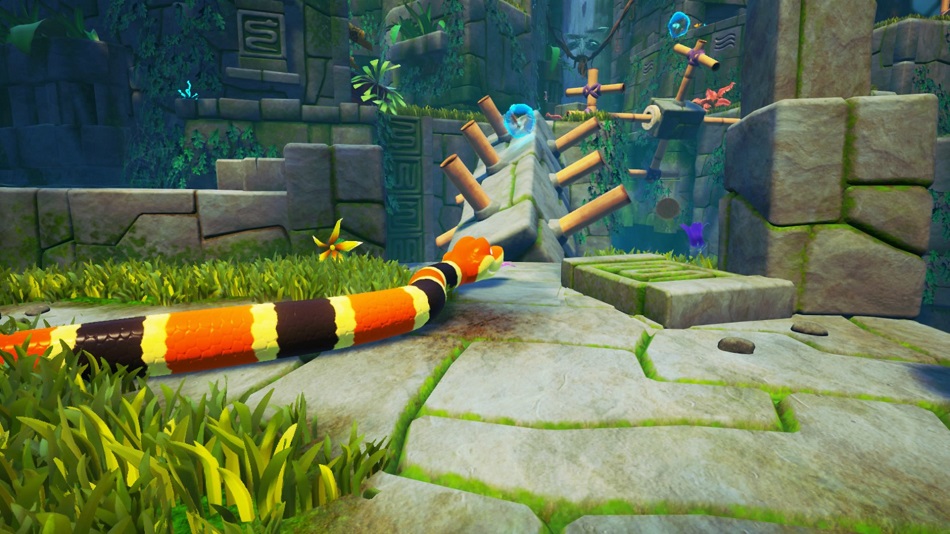 Snake Pass is a perfect example of appearances being deceiving — or at the very least, it’s an example of someone hoping to get a certain experience, and then getting something else altogether.

Lately I’ve been craving the types of games we haven’t been getting a lot of — namely, bright, colorful and fun platformers and action games. They used to be a dime a dozen back in the day, but the industry collectively overdosed and they went away for a while. Maybe too long? They’ve been rare in the console space in recent years, and I feel like it’s time for them to make a comeback. So, when I saw the bright colors and smiley face starring in Snake Pass, it looked like the perfect thing.

On the surface, it seems like Snake Pass might be a fun romp through abstract worlds, and in the first few levels, it is. Then, its true nature starts to emerge. Instead of a saccharine-sweet weekender, it’s actually about mastering the movement and physics of the snake as it’s put through harder and harder challenges. 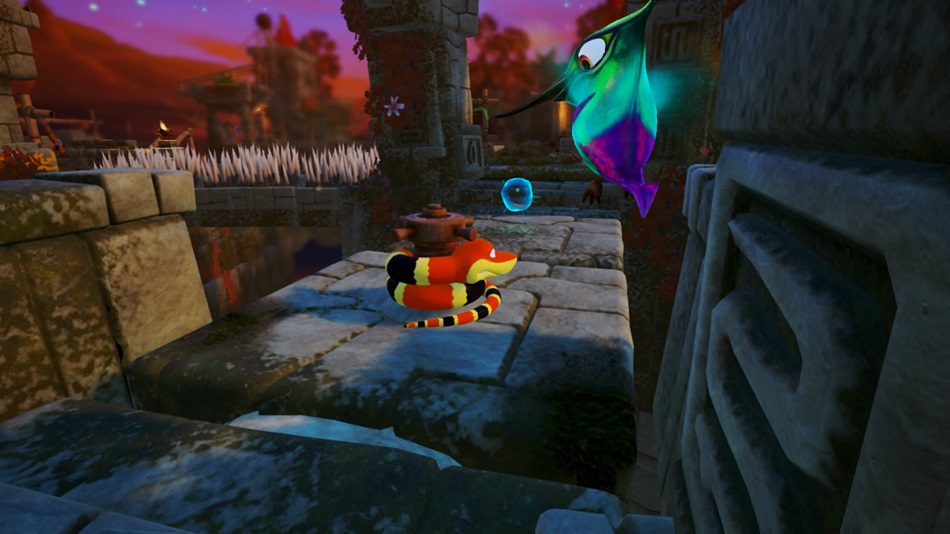 Also, the camera isn’t great, so that’s another thing to deal with — in a few areas, I actually had my son come over and move the viewpoint for me because my hands were too tied up with keeping the snake under control.  Just one half-second lapse and the next thing you know, the snake is plummeting to his doom.

I pushed past the first few obstacles that had me feeling frustrated, but it soon became clear that the game wasn’t going to let up. Spinning windmills, bamboo-pole bridges, rotating blocks… It might have been fine if the save points were closer together or if the snake was easier to control in very precise, specific ways, but after two or three sessions ending with me wanting to throw my controller through a window, I knew it was over.

Maybe Snake Pass is exactly the game that the developers wanted to make? It’s likely a case of different strokes for different folks, but struggling to navigate a serpent through situations that are ill-suited for legless creatures isn’t much fun, and the finger gymnastics required were a bit much.

Not recommended… Unless you’re a patient, technical-performance sort of player. Or a herpetologist.