The subject of this installment: Plague Road, developed and published by Arcade Distillery. 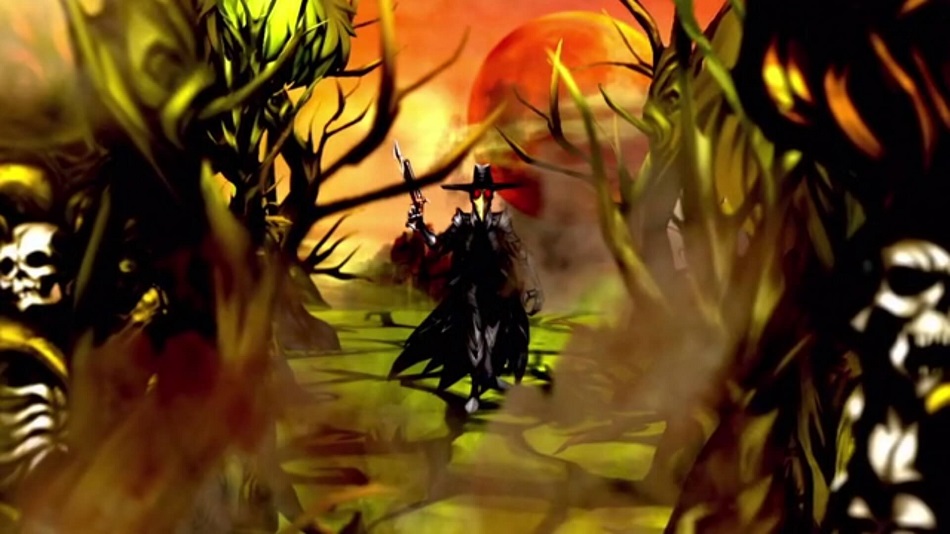 I hadn’t heard about Plague Road until yesterday when it hit PSN, but apparently it’s the product of a successful Kickstarter by New York-based developers who also have a free-to-play title up on PSN.

Despite having no information on it, I was interested after seeing a short promo video – the art was colorful and it seemed a mix of turn-based strategy and roguelike, with a little town-building thrown in. First impressions once I got my hands on it? It’s really, really rough.

Full disclosure: I was provided a review code free of charge for purposes of evaluation. 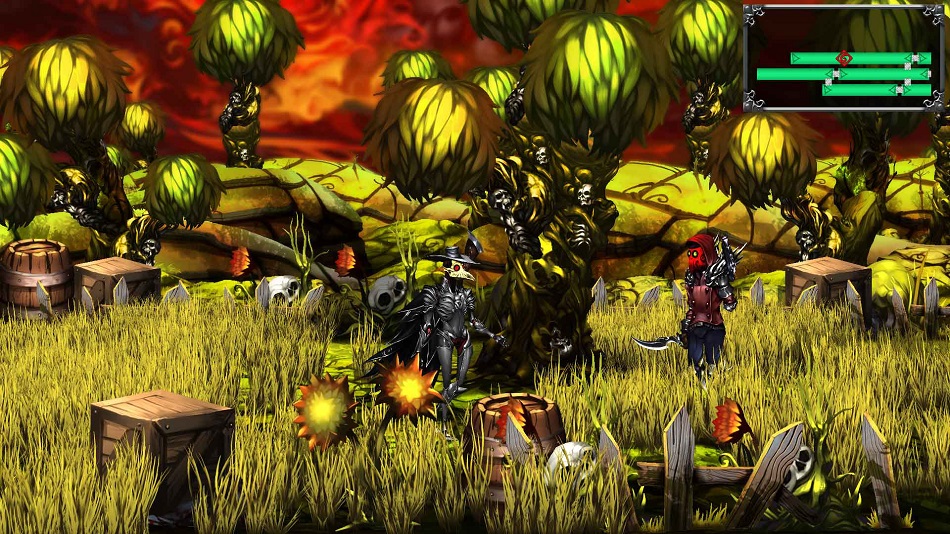 The gist of the game is that the player is plague doctor/warrior, complete with iconic bird mask. He (or she?) is waylaid by enemies and takes refuge in a deserted town which must then be populated by survivors rescued in randomly-generated levels. Once saved, they’re available as party members for the doctor and apparently they enhance the town somehow.

There’s not a lot of in-game information. There are a few lines of tutorial at the beginning of play, but I still had questions without answers — Where do the herbs to make more potions come from? How do I train rescued characters to get new abilities? How do I level up? I figured answers would reveal themselves soon enough, but the initial gameplay really didn’t do much to win me over.

While the levels are apparently random, they amount to being a series of empty hallways that all look similar to each other, populated only by the occasional non-interactive feature (a tree, some boxes, etc.) and enemies. 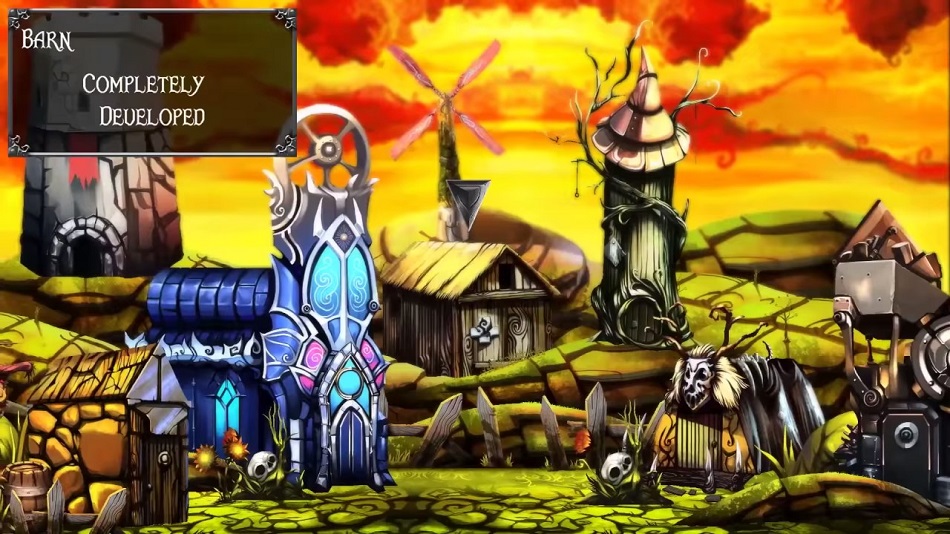 When the doctor touches a foe, the game goes to a grid-based screen where combat takes place, which, like the levels, is mostly empty. During my time with it, combat was incredibly simple and straightforward – select ‘shoot’, ‘attack’, or ‘item’ and then let the enemy have their turn. Fighting solo was hard, but after a few rescued souls joined me, the results weren’t much better. My first additional character was only able to attack twice before running out of stamina points and being rendered useless, and my other member could only attack weakly with a pitchfork. I needed to return to town frequently to heal and regain stamina, and progress was slow in coming.

After an hour or so of play, I didn’t see much that convinced me I should put more time in. It seems like the core of a good idea is here and I like the different genres coming together, but Plague Road feels like a rough beta that’s still lacking content and polish. At this stage in the Vita’s life cycle, I’m after something that feels more like a complete product and not something that feels like the start of one.

In its current state, I don’t recommend it.