The subject of this installment: Linelight, available for PC and PS4 and developed/published by My Dog Zorro. 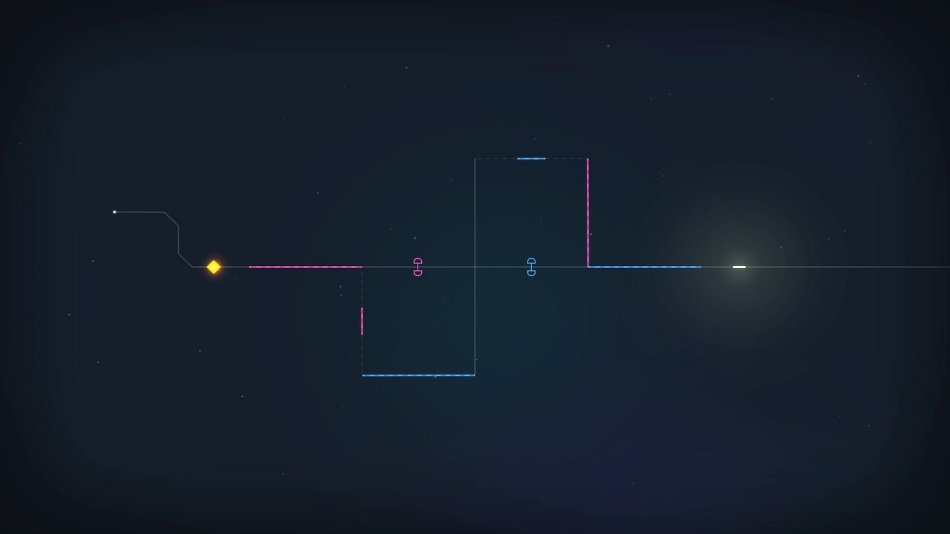 Linelight is a minimalist puzzle game with a soothing soundtrack and attractive neon aesthetic. The player controls a small section of white light that travels along a wire, and each puzzle is just a small section of a much larger, interconnected web. The goal of each areas is to progress from one end of the available lines to the other, and since the player’s segment of light can only travel along the wire (it can’t jump or dodge in any way) the gist of play is figuring out the best path from point A to B.

Things start off quite simply at first, but the complexity increases as the game goes on, not only becoming more complicated in terms of how the lines are laid out, but also by incorporating timing, adding various things to be interacted with, and by requiring the player to often think logically about the correct order of actions to take. 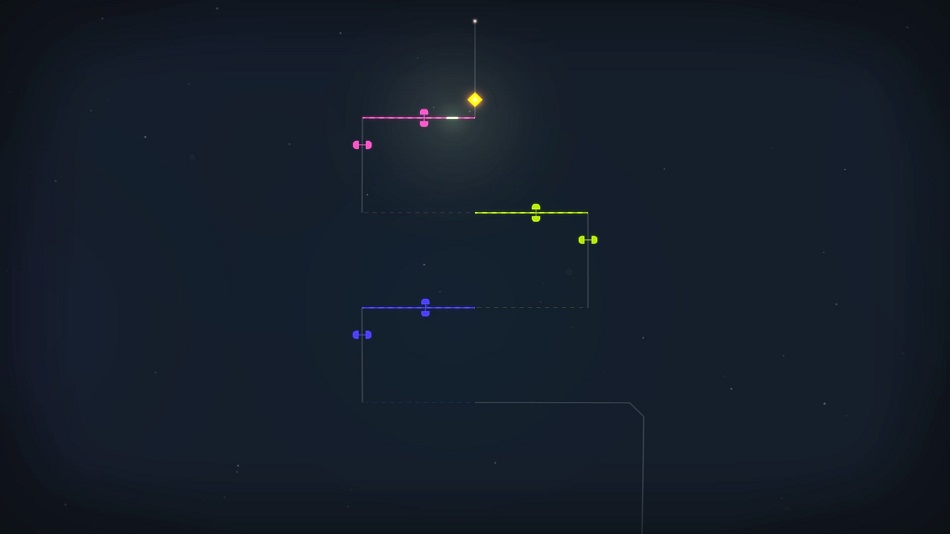 In some levels, the player must examine different segments of wire that are colored differently —  these are usually attached to switches that alter their path or placement. In other sections, sections of red ‘enemy’ light red appear, and if properly managed, can be employed to flip distant switches or break through barriers. Helpful, but one slip or mistake in timing, and these red lights will snuff the player out.

Thankfully, Linelight is fairly low-stakes. If the player dies, they can restart the puzzle they failed with no penalty, or simply choose to reset at any time if they’ve messed something up. There’s no punishment, and nothing is lost. Some puzzles can be a bit tricky when it comes to timing, so not being spanked with a points loss or some other sort of arbitrary failure indicator is appreciated.

I’m always a sucker for a minimalist design, and they don’t come more minimal than Linelight… However, despite being so simple in design and appearance, there’s much more to it than initially meets the eye. For puzzle fans looking for something a bit off the beaten path, this game is Recommended.