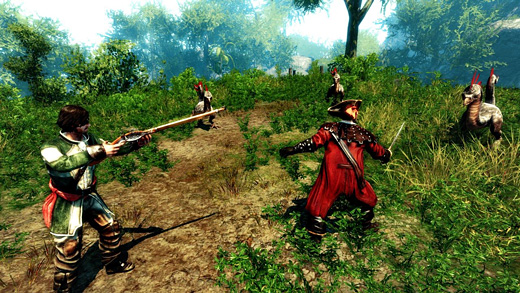 I was a big fan of the first Risen, and I was always disappointed that the game never got the credit I felt it was due. It was rough, to be sure, and I can understand why a certain section of people wouldn't give it the time of day. That said, there was a lot of great stuff happening in that game once you got past appearances, and people who I would've expected to dig into it never did. I was hoping that with the release of Risen 2 that more folks would give a chance, but again, it seems to be getting the cold shoulder.'

What I like about it is that it's a smart game. The writing is consistently above average, and has a real sense of wit and humor. It's also smart in the sense that many of the quests are interesting and varied, and they fit well with the game's world.

I also appreciate that there is very little handholding going on in Risen 2. The developers clearly expect the players to puzzle things out for themselves and to make guesses, or use intuition. They don't completely hang you out to dry, but it takes a lot more thinking to get through the game than it would for a standard role-playing game (RPG).

On the other hand, I came very close to abandoning twelve hours of progress because of some poor planning on the part of the developers. I love them, I respect the hell out of them, but I think it's pretty clear that they are consistently shooting for something which is just out of their reach. I mean, I would rather see developers striving to achieve rather than resting on their laurels and turning out the same-old, same-old, but this was one situation that shouldn't have happened.

Essentially, my character is a pirate and I needed one more crewman before I could set sail. I knew that there was a man available in the local jail, but the commanding officer had the key in his pocket. Risen 2 is a game that lets players pick and choose skills as they see fit, but the problem here is that some skills are far more useful than others. Since I was building a lawful-ish pirate who focused on swords and guns, I didn't put any points into pickpocketing. Without being able to pickpocket the commander, I was at a loss to proceed.

After consulting with the game's PR person, I was informed that there were two other ways to solve the quest—except I couldn't do those either. I hadn't learned Voodoo, so I couldn't possess the commander. There was a nearby cannon which could have blown the door off of the jail, except that a previous quest told me to sabotage it, so it was no longer in working order. 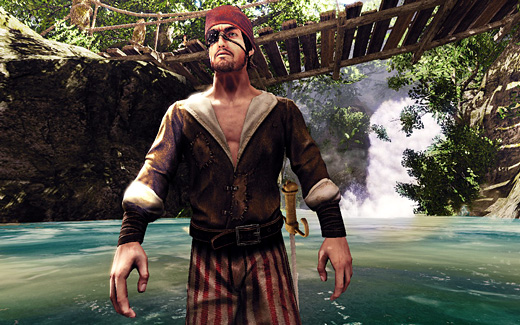 The simplest fix for this situation would have been for the developers to not give me the quest to sabotage the cannons until the prisoner was out of jail. If that was the case, I could have easily gotten through the quest with no problem. However, all avenues were closed to me, and I was seriously contemplating starting over from scratch to re-spec my character correctly.

It wasn't a preferable option. I might have cried a little bit.

However, I wasn't quite ready to give up hope at that point. Fortunately, there was a lockpick teacher on the other side of the island, and I earned the required gold by selling every item I had. He taught me his lessons, but even so, I still didn't have enough skill. After rummaging around and finishing off one of the final sidequests left open to me, I scraped together enough experience to up my thievery stat, and I was finally able to pickpocket the commander by the skin of my teeth.

Although I managed to get myself out of this pickle, it very easily could have gone the other way. If I had completed the sidequest earlier and used those points for a different skill, I would've been stuck. The same goes for the gold. If I had sold some of my inventory off and bought the musket I'd had my eye on, I wouldn't have been able to afford to buy the skill in the first place, and then I would've had no choice but to restart the entire game.

I don't share this story with the intention of scaring people off from Risen 2—not at all. Although I definitely think hitting this potential game-ender could (and should) have been caught by the developer, I think it says something that I would have been willing to start the game over from square one rather than calling it quits and moving on. There aren't many games when I would've even considered that whether I was on the hook for a review or not, so that speaks to how interesting and rewarding I find this series in certain ways.

My full review will be coming later, but if you're in the market for a roughly-made, challenging WRPG and you don't mind being asked to think a little, check out Risen or Risen 2. Neither are for the faint of heart or those with low tolerance for imperfections, but if you manage to click with either of these, I think you'll find they're worth the effort.