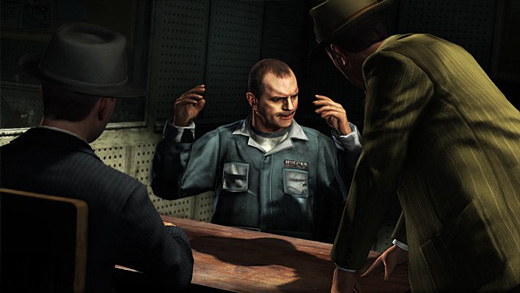 So… reviews and review scores. It's crazy stuff, right?

Anyone who plays games has their own opinion on the right and wrong way to do a review, and oddly, it's tougher than you'd think to find two people who agree on what a good review is—or how it should be scored. Anyone who spends five minutes on the Internet knows this to be true, but if there's ever a need for further proof, just get a group of gamers together, pick any review, and an argument will break out in a matter of moments.

Reviews, scores, opinions, and biases… what does it all mean, how can we wrangle all of these things together into some coherent form that will make sense—and why does talking about the subject get so many people worked up?

As someone who's been writing game reviews and other random stuff over the last twelve years, I think it's fair to say that I've been thinking a little bit about the subject. I don't claim to be an expert by any means and I'm not trying to assert that I have the "right" answer, but I've seen the same themes and arguments brought up time and time again, and in my view, they often boil down to one common issue:

A review is not a review… except when it is.

What could that possibly mean? Well, there's a lot of games-oriented writing out there, and it seems to me that too much of it is lumped under the catch-all category of "reviews." However, that's not a very accurate term in light of the reality, and putting apples and oranges in the same bag leads to a lot of friction when discussions arise. While I think human nature and subjective opinion play a large part of that (and always will), I think an even larger part is the fact that there are many ideas about what a review actually is, what one should be, and what the ratings numbers represent.

So, what is a review?

Looking at the types of writing that fall under that umbrella, I think "reviews" can be divided into three broad categories.

This is a standard list of features that most reviewers start with when they begin their writing career, and it's the sort of template that many people look for when trying to decide whether or not to purchase a game. Consumer Advice pieces tend to break themselves up into categories like Graphics, Sound, Gameplay, Replayability, and so on, each with their own score. 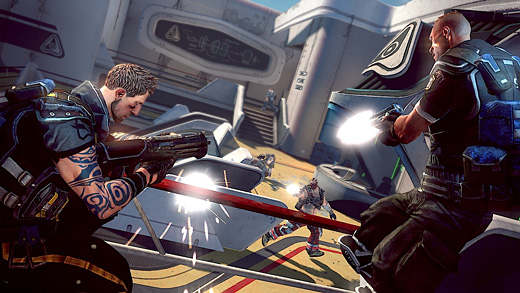 This is the kind of writing that I tend to call the "laundry list" because its reason for being is to act as a long-form checklist of features and content. I don't notice much critical examination in pieces like this, outside of brief, unsubstantiated judgments like "the graphics here are awesome" or "the sound effects of the guns really blew me away".

At the end, there's usually a cumulative score which may or may not be a numerical average of the previous categories, or some sort of buy/rent/avoid summation.

The Critique concerns itself with deciding whether or not a game is successful based on its own merits. This is done by examining various parts of it, why they work, or why they don't. Comparing a particular title with others in the same genre is common, and writers in this category tend to be quite knowledgeable about specific development studios and/or the developers themselves.

Critique pieces often select certain technical aspects to discuss, but they aren't burdened with the obligation of mentioning every single part of the game. Additionally, non-technical elements are often woven into the text, such as the merits and quality of characterization, overall themes in the story, and so on.

Critiques are meant to judge the success of the game itself, and are not a strict buy/don't buy metric for purchase. These types of pieces often have numerical scores, but most authors in this vein will say that they'd rather not have them.

Category 3: The Think Piece (a.k.a. The Meditation)

Think Pieces are a different sort of beast than the previous two categories. In general, they are pieces of writing that often exist to illustrate a personal experience, or to communicate how the author related to the subject material without getting into the minutiae of framerate comparisons, number of features, multiplayer options, and so on.

These types of pieces often have some sort of intellectual conceit or trickery to them; one might be written in the voice of a character from the game being discussed, one might exist as a first-person player narrative describing a particularly emotional scene, or the author may relate a personal anecdote from their real life and draw comparisons to issues raised in what they're playing. There is a much wider range in the form and structure of a Think Piece than the previous two categories, and they are not limited to the examples I've outlined here. As a way of further illustrating the kind of free-form structure of these pieces may take, I think this piece on Infinity Blade or this one on L.A. Noire are great examples.

Authors who are thoughtful and creative enough to thrive in this category are usually clear in insisting that their work is not meant as a "review" or evaluation, but there are certainly times when such pieces end up with numerical scores at the end and make their way to one of the review aggregate sites. Ideally, these pieces should not carry a score.

I freely admit that the categorizations I'm putting forth here are painted with extremely broad strokes, but the conversation has to start somewhere and I see this as a first step.

If for the sake of argument these categories can be accepted as a given (at least for the time it takes you to finish reading this piece) then all the disagreements and rancor that spring up from conversations about review scores and "good" or" bad" reviews start to make a little more sense… after all, someone in need of Consumer Advice will be totally dissatisfied with a Think Piece, and someone wanting to sink their teeth into a Critique might see a Think Piece as capriciously weightless, or a Consumer Advice breakdown as ignorant of deeper examination. With these three types of writing lumped together and all of it called a "review", is it any wonder why no one can agree to a proper scoring system, or how to use one?

(…And of course, these issues are apart from the abuse of Metacritic by tying compensation to numbers, or of the pressures placed on reviewers by publishers or their employers with revenue at stake—not to mention the pervasive mindset of many that a score of 8.0 is "average". All of these are entirely separate discussions.)

So what's the point of all this?

The point is to say let's start acknowledging (and accepting) the fact that the giant rootball of "reviews" is actually comprised of distinctly different styles of writing catering to distinctly different audiences. They all serve their own purposes and none is inherently better than the rest, so let's stop using the word "review" to describe all of them and start operating with different expectations—under such a way of thinking, it would make total sense (and be explainable) for one game to score a 9.0 for a Consumer Advice breakdown and a 4.0 if Critiqued.

Maybe once we get our foundations laid properly, we can start to clear the air about how to properly discuss games, and in what context… In my view, any sort of action towards that goal is long, long overdue.

I’d say a really really good, comprehensive review incorporates all of your three categories to some extend, strongly depending on the game, depending on what its own goal was and if it makes sense to do so. Laundry list combined with a critique is a must for a proper review imho. A list alone is often shallow and appears the most arbitrary when not used in a pure technical then possible objective view like digital foundry articles do. Although their are games which can’t hardly be reviewed otherwise e.g. the chessmaster games or racing sims. A critique without a feature… Read more »

This article is indeed a great start. While distinguishing the three main categories help us not get mixed up, there are also several implicit or explicit choices that are made within the consumer advice category – the mainstream critic like IGN or DESTRUCTOID, which are very problematic. The stake is that these scored critics serve a double purpose : informing consummers while garanteeing the journal’s “integrity” (if JOURNAL X keeps giving 9s to my 4s and 4s to my 9sI’ll stop reading it) and sending incentives to the industry (which is now mediated by reviews agregator like metacritic) : this… Read more »

though behind it I see the foundation of your defense of your Borderlands 2 critique, yes? 😉