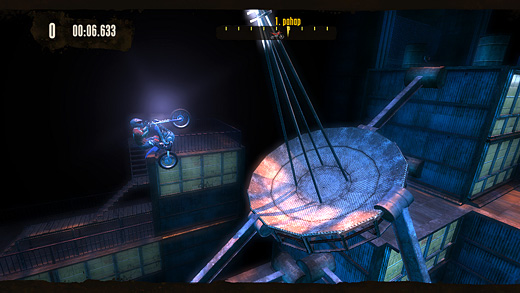 Just a word or two to recognize the end of my son's Christmas visit.

My oldest (age 9) was here for two weeks, and it was absolutely fantastic to see him. Our time together was great, and I was quite pleased to see that he got along famously with our youngest (almost 2.) I was a little concerned there might be some feelings of jealousy or competition between them, but there wasn't a bit. Optimal situation, really.

Before we knew it, the fourteen days were up and we somehow found ourselves in the car and driving towards the airport. It seems logical to expect that after several years of doing this exchange that the drop-offs would get easier, but they really don't. Still, what must be done must be done. The wait until spring break is going to feel like an eternity…

At the very least, I was quite pleased to have been able to do some co-op with him in Monster Hunter… he's going back to his mom's with a bunch of advanced gear that he wouldn't have had without my help, so all those Kut-Kus, Congalalas and Cephadromes better watch themselves or else they'll find the business end of a dragon bone longsword sticking out of their rumps.

Speaking of Monster Hunter, I had planned on taking a break from Freedom Unite but found myself coming back to it after a few other portables I tried failed to keep my interest. At this point, I'm around 130 hours into it and just successfully finished the fight against Lao Shan Lung, a dragon that is approximately the size of six-story building.

The battle was visually impressive thanks to the size differential, but a bit of a bore… since the dragon is so big, it doesn't even take notice of you, and damaging him basically boils down to punching a roll of its stomach fat for half an hour. Whee!

In other games news, over the Christmas break, I had a mad craving for the new Splatterhouse revamp form Namco, and as luck would have it, Amazon had it on sale for a ridiculously low price. Something like $20 or $25, if I remember correctly. I haven't finished it yet, but at this point (approximately halfway, I'm guessing) that price-point feels perfect.

Don't get me wrong—I'm not trying to say it's bad, because it's not. It's actually pretty good. The combat system is easy to understand and handles well, there are some fun moves to perform, and the whole B-movie/Lovecraft/UNBELIEVABLY GORY mash-up really works for me. I've definitely been enjoying it, but there's no question that the game needs a lot more polish and tweaking before it can hope to ask for $60 retail with a straight face.

It's definitely recommended (so far, anyway) if you can find it for cheap and are a fan of the absurd levels of violence, but don't go into it with AAA expectations. I'm considering doing a full review, so there will probably be more on this to come.

One final games note, I'm only one track away from completing the most recent Trials HD DLC and the damn thing is driving me insane.

Trials has always been about the extreme difficulty in the most advanced courses, but there is one particular jump that I just cannot wrap my head around. I have driven flawlessly up forty-foot near-vertical surfaces, I've wheelie-jumped across slippery logs suspended in midair, and I have rocket-boosted upside-down through flaming rings and always come out triumphant at the end with little patience and a lot of practice, but this one particular part has just got me stumped.

I've watched replay videos of people far better than I pull off this particular jump, and it looks effortless. I've consulted with fellow players and gotten specific advice on how to do it, and I've put in over a thousand attempts on my own time and it's just not clicking.

I'm currently taking a short break away from it (blood pressure, you know) and I'm really hoping that things will look a little more hopeful when I resume. I've finished everything up until this point, and I would hate to have the streak broken at this point…