I've had a chance to play most of the candidates for my year-end Top 10, and after scanning the upcoming release lists, it doesn't seem like there's much likely to shake up my current ranking. There are a couple of things still on my radar, though.

Hitman: Absolution is one of the few that has a good chance of getting on the list if the levels are as free and open as they appear to be at first glance. I can't say that I've ever been much of a Far Cry fan, but I'll give Far Cry 3 a shot as well.

Apart from those, it's looking pretty done. However, I'm definitely up for any suggestions for sleeper picks or surprises worth investigation. If you've got something that's worth considering, drop me a line via Twitter, email, or with a comment on this article, and let me know! 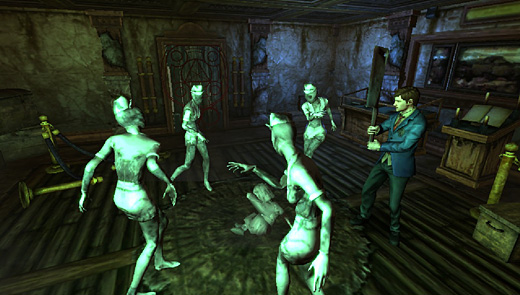 I'm still between review games at the moment, so I started playing Silent Hill: Book of Memories

on Vita. I liked the demo and I'm a big fan of dungeon crawlers and Roguelikes when they're done well, so despite all of the negative talk I heard, I decided to go for it. I'm about ten levels into the campaign so far, and I think it's actually pretty good—but that statement needs some qualification.

For some reason, Wayforward (the developers) decided to keep the player in the dark about basic aspects of how the game works. I'm not talking about a few little details here and there, I'm talking about some core, fundamental elements which are barely explained. By not taking the time to properly introduce the player to what's going on, I can easily see why so many people were turned off.

Once I got my hands on a copy, I spent the first two hours or so trying to figure out what was affecting what, what was causing what, and basically, trying to get a handle on how to play the game efficiently.

Even after that, there was still plenty of stuff that I didn't understand, so I went to GameFAQs and read as much information as I could. I got some answers there, but not all. Then, I talked to a few reviewers who had already been through the game, and that helped clarify a few more things. That research combined with my previous experience with other Roguelikes finally started making all of the pieces fit, and that's when I finally began to enjoying the play. 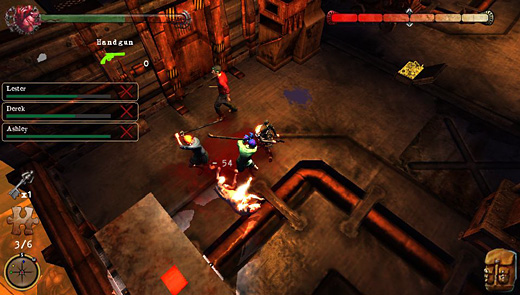 A welcoming, approachable title this is not, but if you've got a Vita and jumping into a quasi-Roguelike with rusty metal and bloody nurses sounds like an appealing thing, here are a few tips to get started: 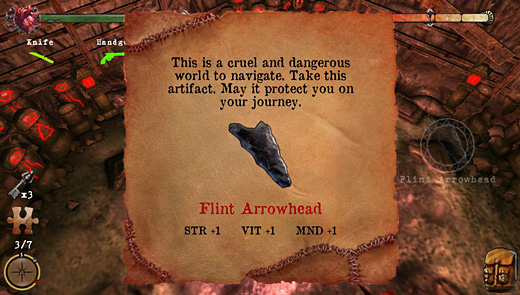 …So yeah, there's a lot of stuff to learn about Book of Memories and the game tells you basically none of it.

Some of this can be figured out with a little experimentation, the frustration factor ramps up quickly when you've got no idea what's happening, and I would imagine that plenty of people who would have otherwise enjoyed this game bailed before they came to grips with it—and I don't blame them. Giving players something to figure out is one thing, but failing to explain fundamental principles of a game in which they aren't immediately obvious is a pretty serious lapse in judgment, if you ask me.

and did the legwork, but WayForward's got no one to blame but themselves for all the negative reviews and poor word-of-mouth. And really, it's a shame… once a little light is shed on the proceedings, it's actually a solid title on a system that really needs ‘em.

Well, I’ll be glad to have your opinion on it, it has some rough edges but a ton of interesting ideas and certainly a soul. I’m glad that you already bought it so I don’t have to feel bad in case you end up hating it!

Strangely enough, I bought that a while ago but never started it. Forgot I even had it. I will have to boot it up soon…

Is that the one on PSN? Something about stealing powers from enemies, or something like that?

it sounds vaguely familiar, but I’m not sure. Tell me more!

Yeah. It’s basically just 5 boss fights, you choose the order in which you want to fight the bosses and each one will give you his weapon afterwards. You can only use 3 continues for the whole game so be careful not to spend them carelessly. Controls take a little time to get used to, but apart from that the execution is great. The gameplay is very demanding and high-speed, as the mix of old school and new school mechanics. Give it a try, I got it on sale for 4 bucks, totally worth it. I hear they are already… Read more »

Did you play Malicious? My most promising new franchise of 2012 by far…