Forgive the abbreviated entry, I'm running on fumes after a long couple days. Really, I should've been in bed a couple of hours ago, but I'm still awake because…

I just completed Fallout 3's newest DLC, The Pitt. It was a lot shorter than I expected it to be, and I have to say that the story progression and how everything ended up kind of left a bit of a bad taste in my mouth… 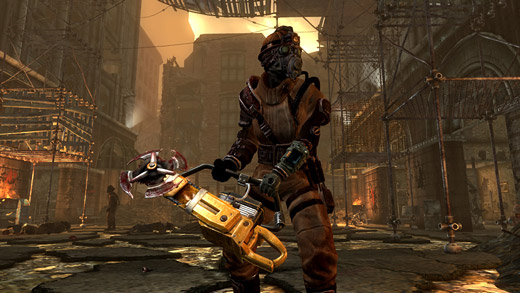 I don't want to ruin anything for those who haven't played it yet, but let's just say that although the appearance of having choice in what happens is there, the reality is that it's a lot more narrow than it first seems. Still digesting it, though.

In other DLC news, today was a great day for people who are keeping up with the Community games on Xbox Live. Dromedary (a bizarre text/card/random/cartoon thing), Solar (reminiscent of Nintendo's Orbient), A Fading Melody (minimalist platformer with a nice tone. See image below.) and Battle Havoc (Death Tank-ish with discrete levels) are all worth a look. 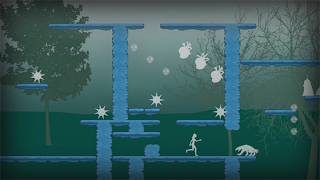 I ended up getting the full versions of both Melody and Solar, so more impressions to come on those, and I wouldn't be surprised if I spring for the others soon after.

Finally, all this talk about "cloud" gaming is making my tummy hurt, but instead of going off on a rant about it, there’s a pretty good link I found that basically sums up my take on it, more or less. Check it out here, courtesy of James Walker at Binge Gamer.

The son has been talking about wanting a pet for a while, and he finally got his wish yesterday: terrestrial hermit crab. 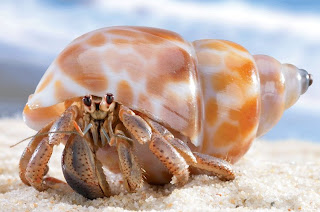 I had a couple when I was younger and I remember them being pretty fun and low maintenance, but when we actually got to the pet shop there was all sorts of stuff that the staff person insisted we buy. Special sand, moisture-retaining moss, freshwater additive, salt water additive, heat pad, cheese slicer, feminine napkin, and weave detangler… seriously, the crab itself was the cheapest thing out of the mountain of stuff we left the store with.

All I've got to say is that this little crustacean better hang in there and stay alive for more than two days.