If you're into strategy games or old-school role-playing games (RPGs), the Nintendo 3DS is where the action is right now. 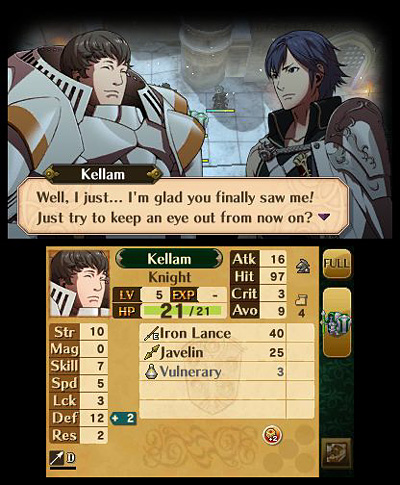 First off, I've put about 25 hours or so into Fire Emblem: Awakening, and I have to say, the game definitely lives up to its reputation. Although it appears like a standard tactics RPG at first, I love the team-up/romance element that occurs between characters. In addition to the usual "stand next to me and we give each other bonuses" action, this game goes one further—characters can actually combine into a pair and up each other's stats based on how close their relationship is. Married couples are pretty much unstoppable on the battlefield, no joke.

(Side note: It's kind of a bummer that the most powerful relationships can only be hetero, even though I honestly I didn't expect any GLBT acceptance out of Nintendo. That said, what's the deal with bestiality being okay? Human characters can marry rabbit or dragon shapeshifters and that's totally fine, but not gay, lesbian or otherwise? Kind of hypocritical, if you ask me.)

Also, one of the hallmarks of the Fire Emblem series is that characters suffered permadeath up until Awakening. Now, the developers have included a casual mode where instead of being gone forever, teammates are just knocked out until the end of battle.

While some people may not approve of the change, I'm of the opinion that casual mode is the best way to go. Why? Well, there are a number of reasons, but the biggest one is that the writing in the game is actually pretty damned good! Some of the exchanges between characters are priceless, and each recruitable person has their own distinct personality and traits. It would be a real shame to have even one of these stories end prematurely thanks to a goof on the battlefield.

Play casual and enjoy the writing—the game is still plenty strategic without the permadeath! 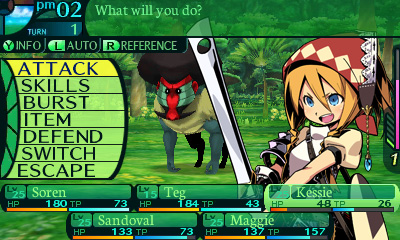 The next big reason to focus on the 3DS is Etrian Odyssey IV: Legends of the Titan, coming from one of my favorite publishers, Atlus.

I've had a review copy for the last couple of days and this game is the goods. I've always been a fan of the crazy-difficult, hardcore dungeon-crawling and do-it-yourself map-making that it offers, and it's one of the few titles that genuinely gets better with each new installment.

This latest iteration is just so damn smooth in every way… tons of concessions to make things more playable, super colorful graphics with cute animations and great character art, an overworld to explore via airship, and like Fire Emblem, a new casual mode which dials the difficulty back dramatically.

I'm guessing copies are going to disappear off the shelves. 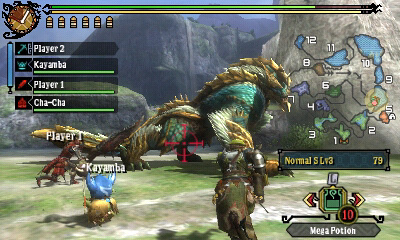 Coming on March 19 is Monster Hunter 3 Ultimate, hitting 3Ds and Wii U.

If you've ever read this blog, then you know that I'm a hardcore Monster Hunter fan. It's one of my favorite series of all time, and I've probably spent over 700 hours with the various games altogether. I can't wait to jump into this new one (especially since new entries in this series are quite rare in the United States) and I'm really looking forward to some multiplayer.

If you're not a Monster Hunter convert, there is a demo up on the 3DS eShop now that you can check out, but a few words of warning—Capcom has traditionally done an abysmal job of welcoming newcomers to the series, and this demo is no different. It tells players absolutely nothing about how to play the game, how to control the characters, or what players are supposed to do. On top of that, the game needs the Circle Pad Pro peripheral in order to have an effective camera system, and the second half of the demo takes place in the water, which offers a whole host of challenges separate from going after monsters on land.

Quite honestly, this demo is pretty awful and I would imagine that it will scare off a lot of people who might be interested if they actually had a proper introduction to the game. Take a peek at it if you like, but please know that this demo does not give proper perspective on what Monster Hunter 3 Ultimate has to offer.

If you've got questions about the series or if there's anything I can answer that might win you over for Monster Hunter, please drop me a line and let me know. Nothing would make me happier than to see the series finally take off in the states, and unfortunately, it seems as though Capcom isn't doing much to help that happen. As always, it's up to fans to keep the dream alive. 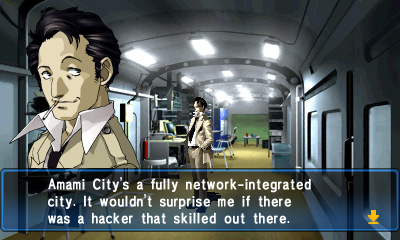 Last but certainly not least, the good people of Atlus have great news (again!) for fans of Shin Megami Tensei: Devil Summoner—Soul Hackers, one of the only Shin Megami Tensei games to never get an English release, will finally make its way stateside on April 16, 2013.

It only took twelve or thirteen years, but hey, better late than never, right?

Since Soul Hackers is probably the least-familiar Shin Megami Tensei game to English-speaking fans, Atlus sent over some character profiles and pics to give players a little taste of what's coming… You can check 'em out below.

For more information, click on over to the official website. As a heads-up, be aware that it hits retail on April 16, and pre-orders will receive an OST. Expect this one to be in very short supply, so if you miss out on the goods, don't say I didn't warn you…

This is the reason why I don’t worry about the Wii U. Yes, it is lacking in games right now, but once it gets good games from Nintendo AND some third-parties that demonstrate what the machine can do, sales go up. It’s really that simple. Back to the 3DS, who would have thought after its slow start that some of the best games I’ve played in a while would be on that platform? I’m loving Kid Icarus, I am waiting for Fire Emblem to be available–still sold out at my local store, I can’t wait for Luigi’s Mansion and I… Read more »