Since this was my first year going to a conference as a family unit (mommy-daddy-baby) I decided to skip most of the presentations and after-hours events. My little boy was great on the exhibition floor, but I didn't want to push my luck… or his endurance. Since I don't have much to say on the other events that occurred (and boy, there were an absolute ton of them) here's my final rundown of the games I saw and played. 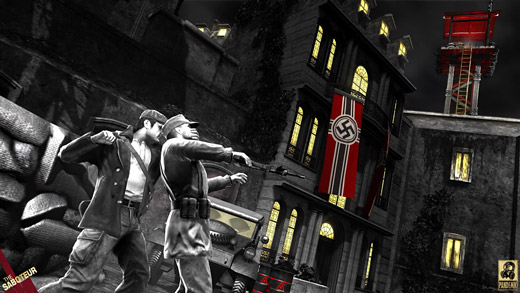 A game that seems to be getting a modicum of buzz thanks to its B&W/Color mechanic, seeing it in action nearly put me to sleep. Granted, I didn't watch it for that long, but the bits that I saw looked like incredibly standard third-person action. I was trying to keep an open mind, but I just didn't see anything that piqued my interest. 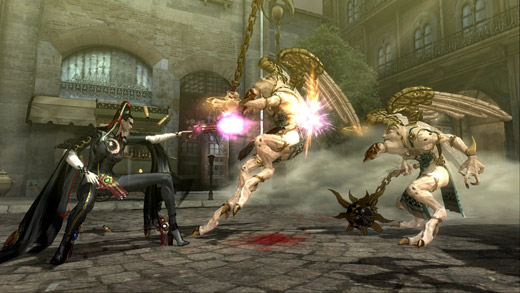 Okay, okay… I know everybody and their mother has been talking about this game for months, but I just didn't buy into the hype. The last Devil May Cry game was weak, and from everything I was seeing, this looked like another iteration of the same formula. After a hands-on, I can't say that it's a huge departure from the "Adventures of Dante", but what I can say is that the handling and mechanics feel superior, and more finely polished. There was a certain ease in controlling the main character, and the action felt very organic and natural. It felt pretty good in my hands, and the visual style was interesting enough to get me wanting to see more. I was prepared to call bullshit on this title before actually trying it, but I'm starting to see strong potential. 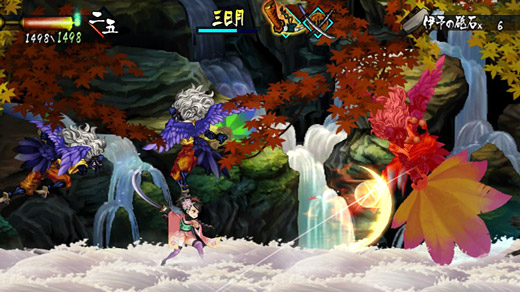 I was definitely not the biggest fan of Vanillaware's previous work (the wildly overrated Odin Sphere and 2D RTS GrimGrimoire) but it looks like they may be onto something with this change to straightforward action. It goes without saying that the artwork is beautiful, with an insane amount of detail put into every aspect. Cutting away the RPG extras leaves the framework that seems to fit more logically with the visual approach. Muramasa looks like it's going to be a pretty hot property for the Wii.

Taking a glance at No More Heroes 2, and the only impression I had was that it was virtually indistinguishable from No More Heroes. If not for the fact that main character Travis Touchdown was wielding two light sabers instead of one, I never would've known the difference. I'll check it out just to see the freakshow that's sure to be on display, but it's nowhere near the top of my list.

So, in the previous PAX entry, I expressed some misgivings about WKC and vowed to take a closer look. I did. After doing so, I was left both more confused and more reassured that I was the first day. Granted, RPGs are the toughest games to see at conventions because so much goes into the set-up, so much of their value is in the storytelling, and a vast majority of content is contextual. Walking into a fifteen minute demo with basically no information is pretty much the worst way possible to see an RPG.

So, what was confusing/reassuring? Watching combat, it was good to see a real-time-ish engine come into play and I finally got to see the main character transform into the titular White Knight. Basically, it's a limited-time power-up that players can activate to wipe out groups of enemies, or take on large bosses one-on-one. This aspect of the game looked pretty solid. What was confusing? The amount of stuff that was on the screen. In the upper-left was a constant scroll of text that looked straight out of an MMO. Apologies to IGN for swiping their screenshot, but it was the only one I could locate that actually showed how cluttered the screen was during play. If I didn't know better, I'd say that Sony has selectively chosen the available screenshots in order to avoid revealing how busy it is.

Like I said, it's practically impossible to get an accurate feel for RPGs at conventions, but if nothing else, White Knight Chronicles has me extremely interested to see how it's going to turn out.

I have a feeling that this title will be getting a lot of attention in the coming months. Basically, it's about a mercenary-type dude who kills people, a lot. What makes it special is that the animation is extremely impressive, with tons of little touches and nice transitions between actions. Combat was fast and smooth, and looked like a hell of a lot of fun. Guns, chainsaws, knives… I may even have seen a sharp stick or two.

Last, but certainly not least…

One of the indie titles competing in this year's PAX 10 contest, Osmos is one of those abstract, artistic titles that's both absolutely compelling and a little head-scratching at the same time. Walking by, I had absolutely no clue what was happening on screen. Once I had a hands-on, it was a totally different story. Essentially, the player takes on the role of a single-cell organism with the intent of consuming everything around it as long as it's smaller than itself. The catch is that in order to move, this creature has to expel some of its mass. Move too much, and the cell shrinks, limiting your opportunity to feed. There's a little more to it than just that, but really all you need to know is that you need to try it. It's fairly chill and relaxing, but still maintains enough "game" to keep a player engaged. The music is pretty sweet, too… some nice ambient techno tracks that suit the content perfectly.

Wrapping up, there were dozens of other titles I looked at… Splinter Cell: Conviction looks like it received an incredible upgrade, Mass Effect 2 seems to be on-track to meet or exceed standards set by the first, Sony's EyePet looks like it will be great fun for kids, Scribblenauts is looking like a lock for purchase, and besides those were too many others to list here if I intend to get to bed at a decent hour.

(Oh, just one last bit: I completely forgot to check out Red Dead Redemption—and it was one of my most anticipated titles! Argh!!!)

All in all, I had a great time on the floor and would like to extend warm personal thanks to Jerry Holkins and Mike Krahulik for continuing to host the show in the Emerald City. It's fantastic that we have such a world-class Expo right here in our own backyard, and it's all due to the hard work and dedication of the entire PA crew.

Loved it, guys… let's do it again next year.

Osmos rocks my socks! The gameplay is deceptively deep, and I love the chill vibe.

Shank is going to be like the greatest game of this generation–nay, gaming history! Blood, Stabbing, chainsaws, blood, guns, shotguns, knives, flying double ax-handles with knives, blood, parkour, combos… this game has everything! Do want!