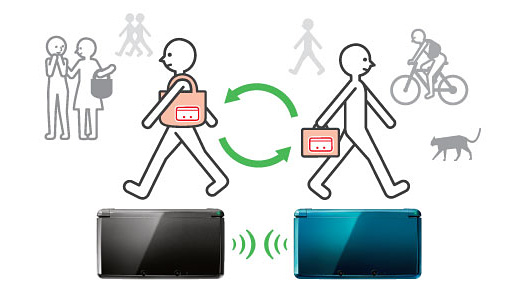 I was chatting with the wife the other day about the Nintendo 3DS and it sort of struck me that its most prominent draw, the 3D, is a feature that goes TOTALLY UNUSED by my entire family, and most of the people I know. Instead, the thing that I find myself most occupied with (apart from the slew of fantastic games we've been getting lately) is the StreetPass feature.

It's funny because when I first heard about it before I owned a 3DS, I didn't think much of it.

Passing people on the street to trade data? How many people even had a 3DS, and if they did, how often would they bring it with them? What were the odds I would pass anyone, even in a relatively large city like Seattle, and if I did, why would I want to trade data with strangers, anyway?

Of course, this just goes to show that sometimes the things you don't expect have the most impact. Once I started using StreetPass, it didn't take long before the addiction set in.

I think a large part of the appeal is that it's kind of like getting a little surprise every day… Will I have passed a fellow gamer without knowing it? If I did, will we have any games in common? And apart from these little unexpected discoveries, the games which take advantage of the function are clever and low-maintenance. It quickly became part of my normal routine to check my 3DS for a few minutes before bedtime, and as a low-calorie bedtime snack, it fits the bill perfectly.

While the 3DS shipped with Find Mii (a simple combat game, soon joined by its sequel Find Mii 2) and the simple tile-based collection game Puzzle Swap, Nintendo recently created four more titles based around StreetPassing that became available in the most recent software update.

Unlike the ones I've just mentioned, players must pay for each title—$5 apiece, or $15 for all four as a one-time-only offer. Although I haven't put enough time into these to deliver a full review, here are my initial impressions. 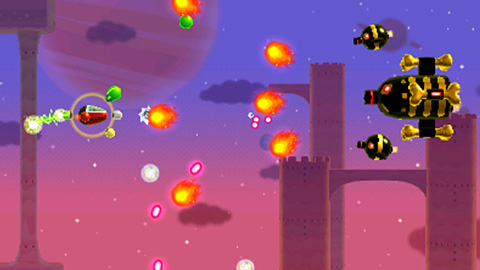 This title is a side-scrolling shooter similar to something like R-Type or Gradius. The player controls a spaceship that flies from left to right and blasts any enemies that come along. The hook is that the people who are StreetPassed act as weapons and powerups for the ship.

For example, if you pass someone wearing a black shirt, that character will shoot bombs when attached to the ship. Pass someone wearing a white shirt, and the ship will fire saw blades. Once all available slots have been filled, further StreetPass characters can act as boosters, increasing firepower. The overall design is surprisingly deep and enjoyable thanks to a variety of weapons and great flexibility in arranging them for different effects.

The only downside I've come across so far is that all of the characters collected in a given pass are dismissed after the end of one mission—for instance, I passed ten people today in use them to blast my way through a level. Instead of continuing on to the next, the game ended and my resources were reset to zero, encouraging me to get out there and ‘Pass some more. Disappointing, but I suppose that's a good thing since I was eager to keep playing. 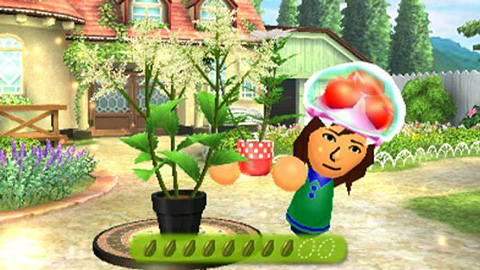 This one seems like the most laid-back and slow-paced of the group.

Upon starting, players are prompted to select a flower seed which will grow at a rate which seems to depend on the frequency of StreetPasses. Once the plant blooms, it can be further nurtured to produce seeds of its own, and these can apparently be used to combine hybrid flowers with various characteristics.

It was cute and I will certainly be checking it daily, but there wasn't really all that much to do (yet, anyway) and out of all of the games and covering, I spent the least amount of time with this one. 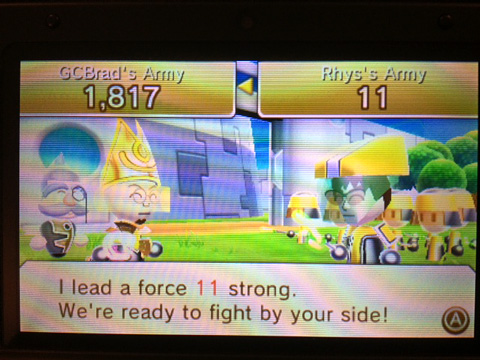 I'm a big Chunsoft fan, so although it's not a roguelike, finding this one was still a pleasant surprise. The gist is that the player starts their own kingdom at one end of a long, snaking map and has the ultimate goal of defeating every foreign country that lies in their path. In order to do this, they must amass an army by StreetPassing, of course!

People that are passed become available troops, and everyone that they've met becomes a soldier as well. For example, my friend @Leggetron passed me today, so not only did he join my army, the other 700 (!!!) people he's passed joined me as well. I would imagine by continuing this sort of large-scale addition, the size of an available army would balloon up quite rapidly if a decent number of StreetPassable people were in the area.

Combat is a paper-rock-scissors affair, but a nice level of complexity is added by letting the player the divide their available troops into each category. Although you can't predict which way the enemy will go, this randomness can be mitigated by a nice little system which lets the player overcome a bad call with sheer numbers. It's a little too complicated to get into at the moment, but it's an elegant sort of complication, and I admire what I'm seeing. 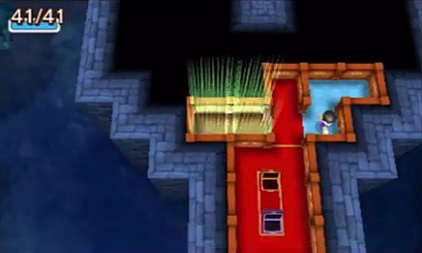 While I enjoyed all of the titles that were added in this cluster, this one is far and away one favorite. Monster Manor asks players to investigate a haunted mansion where all the rooms have disappeared. StreetPassed characters give the player a Tetris-like shape which can be placed on a map, and when these sections match up, the rooms of the mansion reappear. By filling in and out of each map, the player will eventually find a staircase which leads to the next floor, and the ultimate goal is to reach the 30th.

Surprisingly, this title runs on an active-time battle system with an ingenious energy mechanic—the player has a number of guns to shoot ghosts with, but the ammo is a shared resource. Trigger-happy players will find that they don't have enough energy left to shield themselves from attack, and since it all runs in real time, it's important to watch for enemy tells and take shots when there are openings.

On top of all this, add in a neat inventory system with upgradable weapons and a super-cool sidekick character with a surprising amount of charm, and this particular title is the runaway winner. Although I think getting all for titles for $15 is the smart way to go for those who can afford it, if you're only going to get one, then Monster Manor should be it.

One other thing to mention is that a new ticket system was included with the update in addition to the four games I outlined. By performing certain tasks or meeting particular goals in these games, the player will earn tickets which can be exchanged for new hats which rotate on a daily basis. Although it probably won't do anything for people who don't have an inherent gamehat fetish, it is a nice little incentive to check back regularly.

Overall, this is a great selection of titles which enhance an already-excellent feature of the hardware, and if my past history with Puzzle Swap and Find Mii is any indication, I have a feeling I'm going to be getting quite a bit of use out of these.

Oh, and one quick thing to know—my 3DS did not receive any message or prompt telling me to update, so I had no idea these games were ready to go until a friend told me. I had to go into the 3DS System Settings and manually force an update myself, so if you're wondering how to get these on your machine, you might have to do the same.

If you’re interested in getting more involved in StreetPass events in the Seattle Area, you should check out https://m.facebook.com/pages/StreetPass-SEA/197713406928319?id=197713406928319&_rdr
Or search Street Pass Seattle on Facebook. Group gets together every now in then to tag, game and hangout!