I'm still catching up with games from 2008 that I never got a chance to get around to… this week, I'm trying Star Wars: The Force Unleashed on the 360. I'm definitely a Star Wars fan (although less so since the new trilogy ruined everything) but I've got to say that so far, this one fits into the canon pretty well and I really like the tone. Playing as Darth Vader's secret apprentice is a neat concept, and LucasArts nailed his character design—his costumes all exude a sort of low-level wraith-like quality, and although I'm sure that there are only a finite number of ways to carry a lightsaber, this new "behind the back" style is pretty hot. 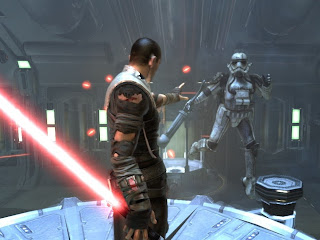 I've also got to say, I'm not much of a graphics whore, but the work done on the main character’s face is pretty stunning at times, and the level design is absolutely beautiful. Seeing the junk planet of Raxus Prime was quite impressive, and every other level seems as though it was ripped from one of those panoramic scenes from the first three movies. It may have some problems with the gameplay (do yourself a favor: put it on Easy and feel like a Jedi) but being so easy on the eyes certainly doesn't hurt.

One other bit while I'm on the topic of games, Microsoft’s Major Nelson has been giving away codes via Twitter over the last two days. What do these codes unlock? The demo to Halo Wars. 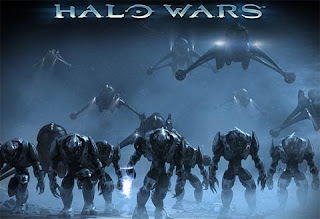 If you haven't already signed up with Twitter (which is a fantastic service, actually) this might be a good time. Catch a tweet at the right moment, and you could be playing this highly-anticipated demo before anyone else.