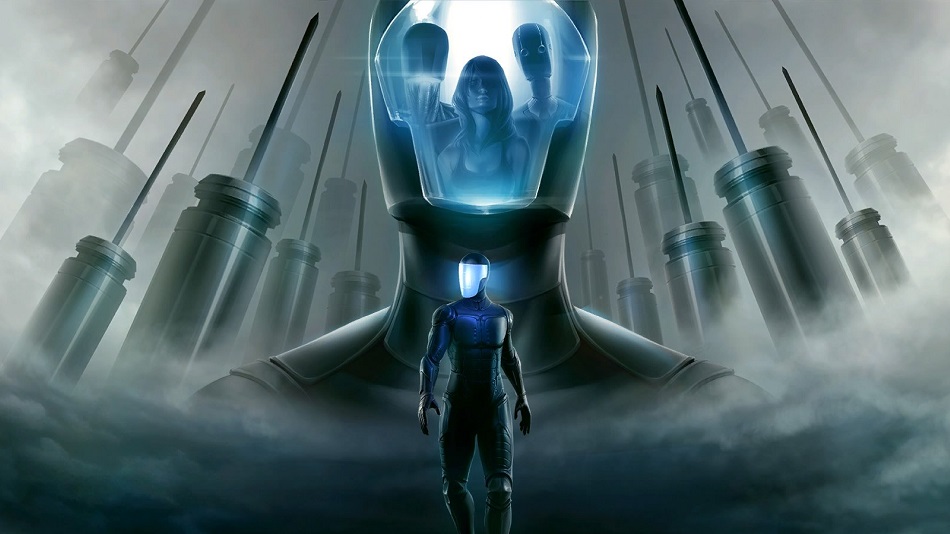 LOW Getting stuck in unintuitive scenarios over and over again.

WTF The train sequence near the end was a singular level of awfulness.

In most cases it’s a safe assumption that if someone likes Game A, they will like sequel B. Of course a follow-up might not be as fresh, but they’re usually in the same ballpark. However, it’s surprising when there’s a massive difference in appreciation between iterations, and rarely have I experienced a bigger swing than the one I had between The Fall and The Fall, Part 2: Unbound — I loved the former and couldn’t stand the latter.

The original was released in 2014, and it was one of the best sci-fi narrative titles I’d played in some time. The main character was ARID, an AI controlling a suit of combat armor. The pilot inside the armor had been knocked unconscious and was dying. As an AI she was restricted by rules that prevented her from acting independently, so in order to save him, she needed to circumvent her programming and evolve.

This premise was ingenious and connected with me instantly. The writing was spot-on, the point-and-click puzzles were fine (if sometimes a bit obtuse) and the ending was magnificent. I soon discovered that it was only the first part of a planned trilogy, and I couldn’t wait for the second. That installment is now here, and it’s a mess.

For this second chapter the player is still in control of ARID, but her combat suit ‘body’ has been disabled and she’s in danger of being memory-wiped. To prevent this, she must ‘take over’ robots near her and use their bodies to avoid being destroyed. I can’t say more without going into spoilery detail, but it’s safe to say that intimate knowledge of the first Fall is required to have any appreciation for the events in Unbound. The devs offer a brief optional recap, but it fails to communicate more than a few basic facts.

Regardless of that recap, the game rushes into things and doesn’t properly establish either the plot or the mechanics. For example, the biggest problem I had with Unbound is that while it’s portrayed in 2D side-scrolling fashion with some perfunctory combat thrown in, it’s also a point-and-click puzzler that sports too many unintuitive, complicating factors too soon.

In the first scenario alone the player has to deal with navigating a virtual reality world, inhabiting the body of a butler robot, grasping the concept of tricking the butler into doing things against its program, catching on to the idea that controlling the butler while its personality is both active and inactive is A Thing That Is Possible, figuring out how tangible objects in the environment represent abstract mental constructs, and all this occurs while also dealing with a Groundhog Day-style time loop. 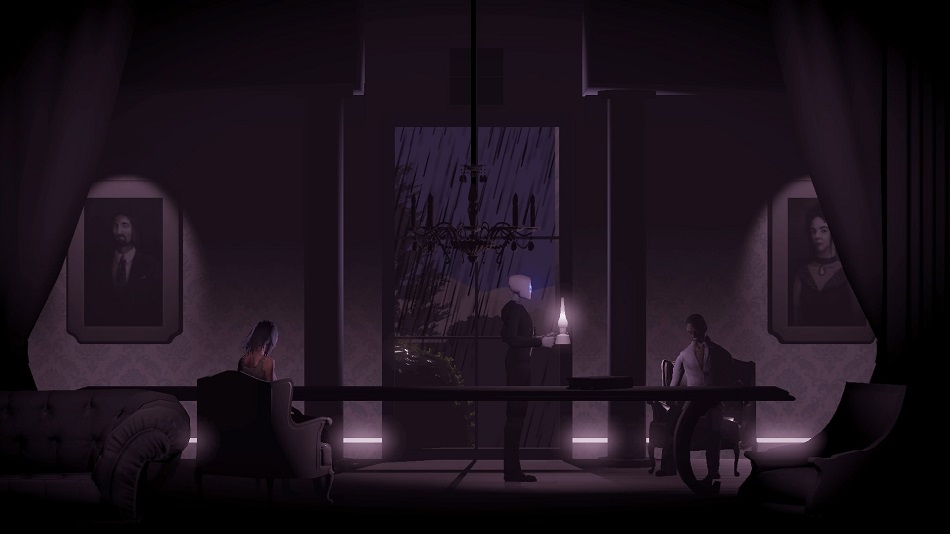 This is a hell of a lot to take in at the beginning of a game, and the devs should’ve spent more time building up to something so complex.

As the player progresses (if they progress) they’ll eventually move on to two other robots which must be inhabited, each with their own set of challenges. As the basis for gameplay, this body-swap idea is generally fine, but as previously stated, it’s a lot to come to grips with in a short period of time. It must also be said that the very goal of trying to trick these robots into changing their behaviors never really landed for me.

Doing so made a lot of sense in the first Fall because the situation was more immediate, and the cause-and-effect was easier to understand – my pilot is dying, I need to find a way to save him. This time, all three sequences are incredibly abstract and most of the puzzles felt like they were asking for answers to questions that weren’t properly asked. What breaks a butler? How do you convince a combat robot that he’s not a clone? How do you teach a sexbot to be less subservient?

Progress was slow and painful, and usually amounted to clicking on every object in an environment in the hopes that something would happen. In the interest of full disclosure, Unbound’s PR team sent me a full walkthrough, and I found myself dipping into it several times after consistently being unclear on objectives and the logic required to meet them.

I might have been fine pushing through these murky puzzles if the story hooked me, but it never happened. Unbound offers a narrative ‘reveal’ halfway through that didn’t make any sense, and then being asked to basically rehash the gist of The Fall with three new robots less compelling than ARID left me wondering what the point was.

Near the end of the story, Unbound gets ridiculously overcomplicated by incorporating even more mechanics than it had at the start – ARID will eventually be tasked with switching between three “perspective” modes while also being able to travel between three different bodies in three different locations, and it’s not clear what order anything needs to be done in, nor what’s needed in order to progress. The story wasn’t holding me and the puzzles were frustration — one section in a train car was so much that it bordered on torture, so I pulled the ripcord and bailed.

I would have never guessed that The Fall, Part 2: Unbound would land this flatly after adoring the original, but the plot doesn’t click, the premise is too idiosyncratic, and the puzzles are too unintuitive – I’m still a fan of ARID, but this entire thing needs to be boiled down and streamlined into a more elegant, sensible package. And, it has to be said… after getting a wonderfully complete story in The Fall and seeing the reaching stumble that Unbound is, I’m not convinced that there was ever enough here for a trilogy. Rating: 4 out of 10

Disclosures: This game is developed and published by Over The Moon Games. It is currently available on PS4, XBO, PC and Switch. This copy of the game was obtained via publisher and reviewed on the PS4. Approximately 6 hours of play were devoted to the single-player mode, and the game was not completed. There are no multiplayer modes.

Parents: According to the ESRB, this game is rated T and contains Fantasy Violence and Sexual Themes. The violence is pretty harmless stuff—either robots punching robots or a robot shooting colored blobs. However, one of the characters is an obvious sexbot and some of that content is oriented that way. No graphic sex happens, but the dialogue is inappropriate for kids.

Deaf & Hard of Hearing Gamers: All dialogue is accompanied by subtitles and no audio is necessary to advance. It’s fully accessible.