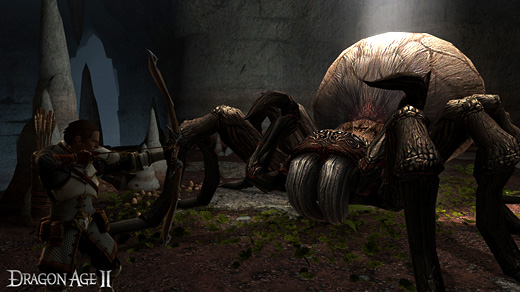 This weekend, the topic of the GameCritics.Com Podcast to be recorded will be Dragon Age II. I think anyone reading this blog is most likely crystal clear on my opinion of the game, but the rest of the crew will chip in and we'll see what happens.

If you have any questions or comments you would like us to read on the podcast, post them here, e-mail me or send me a message on Twitter. If we use your comment, we'll give you a shout-out on the air.

An unsolicited copy of Crysis 2 showed up at my door today (always a pleasant surprise when that happens) and I put about an hour into it.

I've heard that the multiplayer demo available wasn't too well-received, but I never got around to checking it out and I never played the first Crysis either, so I was coming into the game basically as fresh as possible.

The graphics are outstanding and the level of presentation is hyper-slick. It's an extremely attractive-looking game, no doubt about it.

In terms of play, I'm still just at the beginning stages so I can't make any in-depth commentary, but I've been very impressed with the way it handles and with the abilities offered by the super-suit featured in all of the coverage. 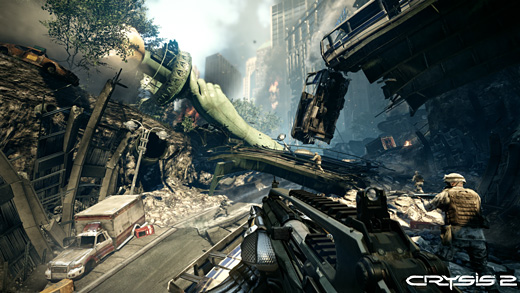 What I've seen so far is quasi-open level design allowing for a good amount of free-form play combined with the super-suit powers: Predator-like stealth, crazy jumping, artillery shielding, a great visor recon function, and a few other things as well. I've been enjoying tooling around each area and just seeing what I could do… while it's all controlled, there is a significant amount of freedom to be had, and that's always a good thing in my book.

I can't say that I had been planning to put Crysis 2 at the top of my to-play list this year, but after seeing the little bit I have so far, I'm quite glad that it showed up.

Although I resolved not to talk about it as much after having completed the campaign, I’m still playing through Monster Hunter Freedom Unite on PSP.

I wasn't sure if I would still have any desire to keep playing after seeing credits roll (because I usually don't) but this is one title that is absolutely stuffed to the gills with things to see and do, and that goes double (nay, triple) if you’re a fan of cool-looking gear. Essentially, it's loot-whore heaven, and breaking the cycle is nigh impossible.

While the campaign itself was certainly difficult at times, most of the challenges could be overcome with some patience, practice, and equipping the right stuff. Totally do-able as a solo thing, for sure. However, The developers gave players one more tier of difficulty after what’s available in the single-player mode, called G-Rank.

I assume that it is intended to be for group play since all of the creatures are substantially beefed up in terms of attack power and defense. These things make even the fiercest monsters in the campaign mode look like pushovers. My goal is to make it all the way to the end and see the Fatalis dragon—apparently it's the end-all, be-all of the entire game. It probably won't come as quickly as I thought it would, though… I took a pretty good smackdown starting the G-Rank missions, and all of the best gear I had equipped turned out to be unsatisfactory against even the peon creatures.

Horror author Brian Keene has information up on his website for ordering Take the Long Way Home.

At just $7, such a deal. Click on over and check it out, and if you've never read a Keene book, he comes totally recommended by me.

(Plus, he's entertaining as hell on Twitter, so you've got to support the writers that keep on giving.)

I should have sent you my copy of Crysis 2. Calling it a disappointment would be a huge understatement. All the sandbox elements that made the original such a blast have been either removed completely or watered down to insignificance. In the first game, the levels were huge and mostly non-linear. I’d spend hours exploring them, sometimes to figure out new strategies, other times just to sight-see. It combined a deep physics engine with interactive environments and unscripted AI to make for all kinds of fun and surprising moments. Strength and speed modes are gone, eliminating a lot of fun… Read more »