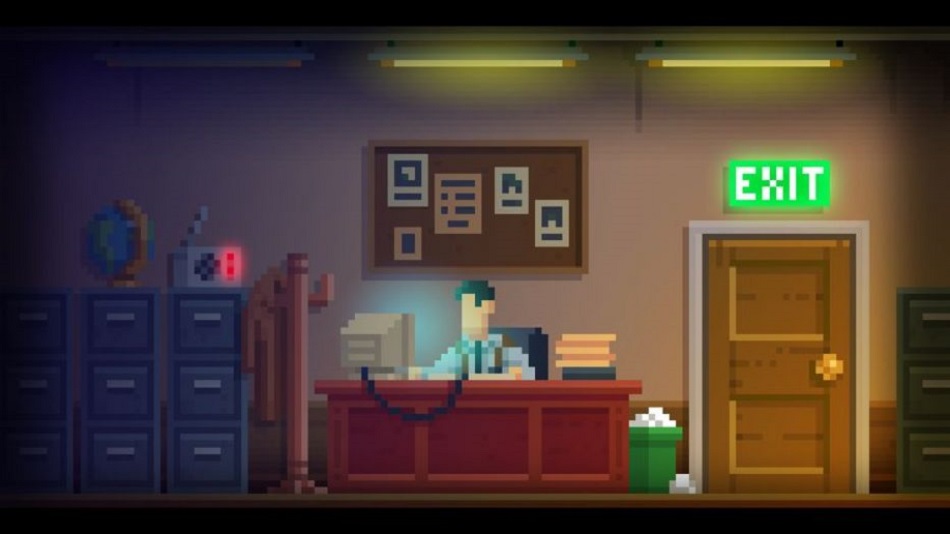 HIGH Bite-sized mysteries with a great sense of humor.

LOW Getting stuck in the mall at Christmastime.

WTF Why has this game not been getting more love?

As a rule, I’m not a fan of point-and-click games. I like titles that are rich in character and story, but I find that too many in this genre employ convoluted logic that I can’t follow, and the gameplay usually devolves into pixel-hunting for a hotspot or trying to use every item in my inventory at random in the hopes that something will happen.

With this in mind, I was more than a little skeptical when a friend recommended The Darkside Detective, describing it as a point-and-click for people who don’t like point-and-clicks. However, I was delighted to find that his advice was right on the money. 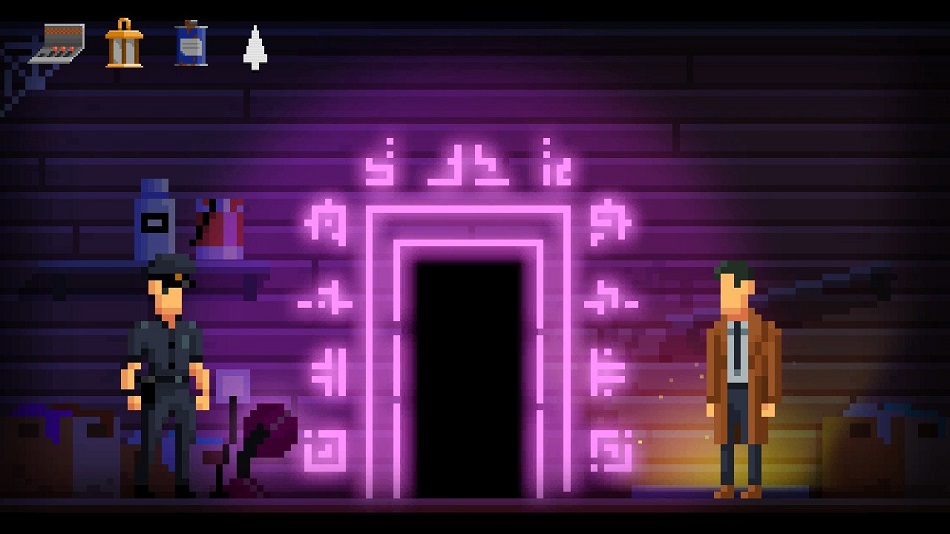 The premise is simple. The player takes on the role of Francis McQueen, a detective in Twin Lakes. His job is to investigate any supernatural goings-on, and he does so accompanied by patrol officer Dooley. Together, the pair check out spooky occurrences in classic point-and-click, 2D, hyper-pixelated style.

The first thing that struck me about Darkside is that it’s broken up into bite-sized chunks. At the moment (some DLC is apparently on the way) the game offers seven episodes, with each one running between 15-30 minutes. In order to accommodate this pace, each location only has a few screens to search, and there are only a small number of items that can be taken into the player’s inventory. However, I don’t say this as a negative – in fact, just the opposite. It was a joy to search a reasonable amount of real estate, and a godsend to not have eight thousand junk items clogging up my inventory when only a handful are ever useful.

I also appreciated the logic that goes into solving Darkside’s challenges. Besides only having a few items to work with for each case, most puzzles are solved without any incoherent leaps of intuition necessary — there’s certainly a little bit of wink-wink involved when connecting a scuba mask to a fire hose, but common sense plays a large role. I only got stuck once or twice over the course of the entire game, and crafting a point-and-click that doesn’t require a step-by-step walkthrough is an absolute triumph of player-friendly design. 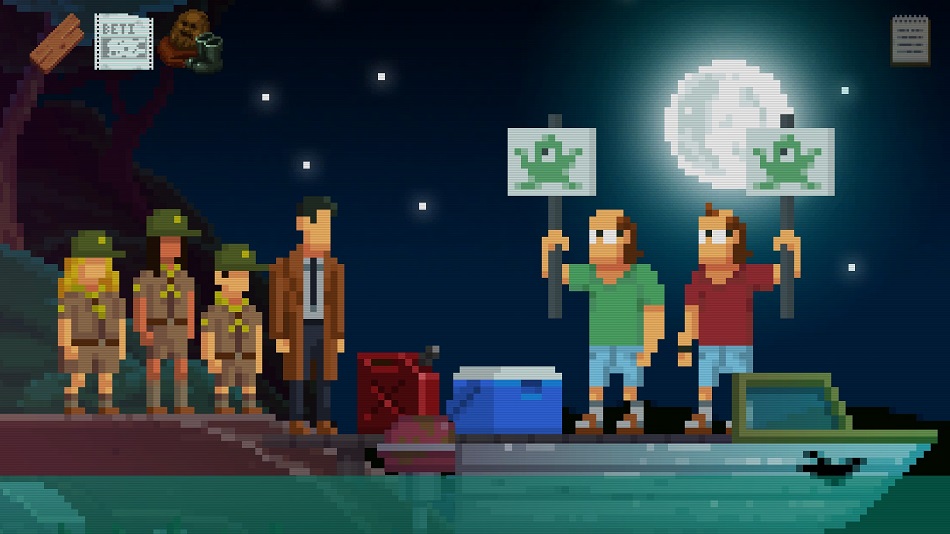 The Darkside Detective also gets a big marks for its sense of humor. The writing was affable and light-hearted, and I had more than a few laugh-out-loud moments. The dialogue between McQueen and Dooley is great, and as is par for the course in this genre, clicking on things in the environment will often result in comical commentary. A special favorite was spending time with the cynical children in Dooley’s squad of Bloodwolves – don’t mistake them for Boy Scouts, because those badges in nihilism are well-earned.

I’ve got almost no complaints about The Darkside Detective at all, but if I had to pick something, it would probably be that the Christmas episode (“Buy Hard”) felt like it was overreaching a bit. It’s not a huge issue, but there was a little more back-and-forthing than the other cases, and the puzzles didn’t feel as tidy. It wasn’t terrible at all, it just didn’t flow as smoothly as the others did, and I needed some online help to wrap it up. Major points for the Bruce Willis reference, though — that was pretty genius.

Overall, The Darkside Detective is a wonderful experience that I would wholeheartedly recommend to anyone with a Switch, whether they’re a point-and-click fan or not. It comes in easily digestible chunks, the laughs are great, the devs avoid engaging in ‘stump the player’, and it has charm for days. Winner! Rating: 8.5 out of 10

Disclosures: This game is developed and published by Spooky Doorway. It is currently available on PC and Switch. This copy of the game was obtained via paid download and reviewed on the Switch. Approximately 3.5 hours of play were devoted to the single-player mode, and the game was completed. There are no multiplayer modes.

Parents: According to the ESRB, this game is rated E10+ and contains Comic Mischief, Fantasy Violence, and Use of Tobacco. In my view, this game is totally harmless. There are a few jokes which might be a bit above the level of young kids, but if your child can work out how to solve these cases, then they’ve likely heard far, far worse on TV or on the playground. The smoking is a non-issue and I can’t even recall anything that would pass as violence to be aware of.

Deaf & Hard of Hearing Gamers: All dialogue comes via subtitles, and there are no audio cues necessary for gameplay. Text size is not resizable. This game is fully accessible. 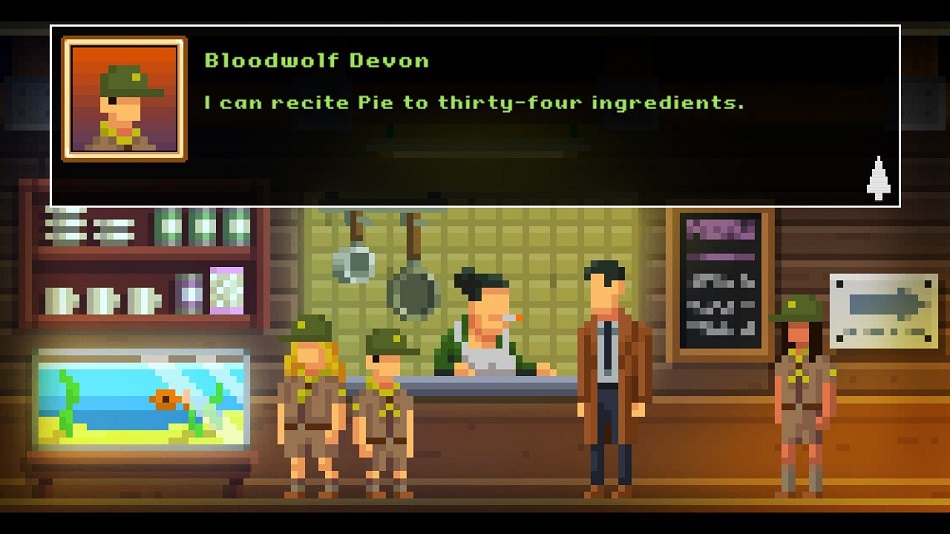 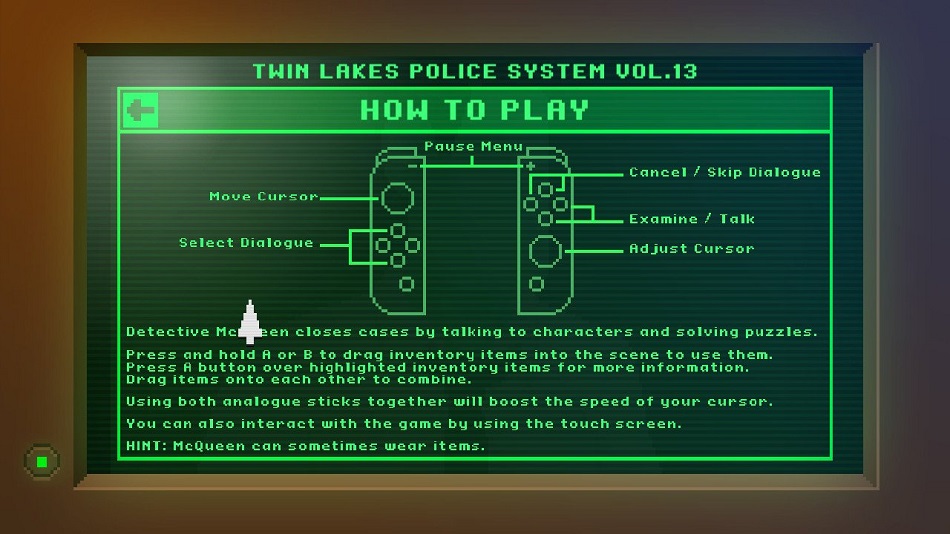 Definitely a very charming and pleasing game. I’m glad to have played it based on your review!