The Moral Of The Story Is… 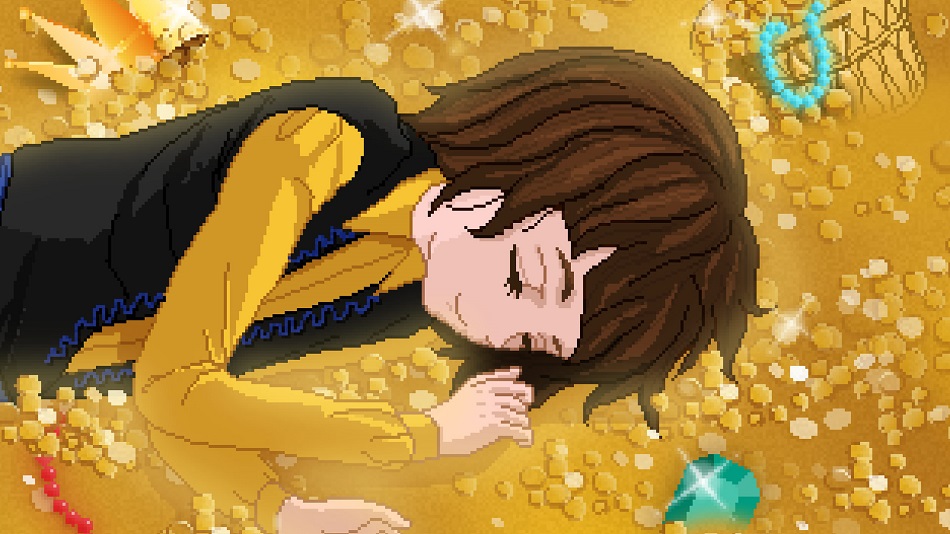 HIGH It’s a wonderful fable with a tinge of darkness.

LOW Forgetting the features of the fountain.

WTF Not realizing until after credits that I had missed meeting someone.

After having an absolutely wonderful experience with Baroque Decay’s The Count Lucanor and gushing about it on Twitter, a friend said that he had never heard of it, and he asked me what it was about. The only response I could come up with at the time? It’s like a Grimm’s fairytale in videogame form.

In this 2D adventure title, the player takes on the role of Hans, a ten-year-old boy living in a one-room hovel with his mother. As the story begins, Hans is giving her grief because they’re too poor to afford anything for a proper birthday celebration. Upset as only a child can be over the lack of cake and presents in the face of grinding poverty, Hans sets out into the world to find his fortune. After all, what else is a ‘man’ of his age to do?

After meeting a few people along the way, he soon encounters a spirit who promises him wealth that’s hidden away inside a nearby castle. Once inside, it’s revealed that it’s not as easy as waltzing in and filling his pockets, though. No, Hans must first pass a series of trials. If he can manage them, the lord of the manor, Count Lucanor, will bestow his treasure upon Hans and make all his earthly dreams come true.

From the get-go, I was in love with this game. The setup is absolutely perfect, and adorably mirrors the beginning of actual folktales and fables meant to teach moral lessons. The pitch-perfect writing also gets things off on the right foot. Despite the fact that Hans is a young child, he’s got a bit of vinegar to him, as do the rest of the characters he’ll meet. Absolutely everyone has a dark side – or can develop one — and as those familiar with the original Grimm’s tales know, those stories were wholly unafraid to scare kids into good behavior. 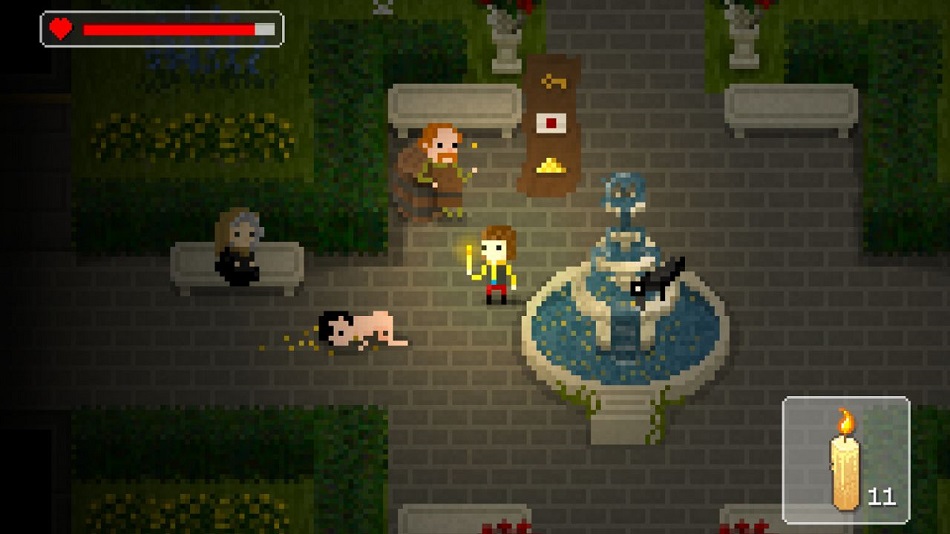 Once inside the castle, Hans is free to explore. There are several locked doors, unusual barriers and tantalizing puzzles that he can tackle in any order. However, don’t think that this is an open world game. Baroque Decay is working on a small scale, and that’s entirely to their credit. While the castle is essentially a small collection of rooms, the quick walks between points of interest were lovely, and Lucanor‘s concepts and ambiance come across effectively without depending on vast spaces.

As Hans makes his way from place to place in the search for clues, he’ll pick up a variety of items which don’t always have an obvious use. Scouring each area thoroughly will reveal key points of interaction or hints towards what he needs to do. While the developers are generous in helping the player out (a nice break from too many recent indies that seem keen on having the player stuck for hours) the twist is that there are several paths to take and different orders in which to do things. Another factor is which characters the player has met, and what their interactions were like.

Thanks to this lovely layer of moving parts, The Count Lucanor successfully negotiates the balance between appreciable complexity and approachable simplicity. While the devs don’t hesitate to give ample clues, they also don’t spell everything out, and there are plenty of things to discover — it challenges without being unfairly tricky. In most cases, it’s clear when something needs to be done, so it’s up to the player to persevere.

In terms of presentation, Lucanor fares just as well with its visuals as it does with its puzzles and writing. The pixel work is absolutely gorgeous in cutscenes, and it’s spot-on during gameplay – each sprite has plenty of animation and character, but everything is clearly discernible and easily identified.

I can’t say much more about this little gem without running the risk of spoiling something, and since there’s absolutely no fat on these bones, giving even a little away would be a crime. However, what I can say is that this small, unassuming indie is a masterclass in tight, focused design and it delivers a wonderfully layered experience. Funny, scary, clever, and eerie in equal measure, The Count Lucanor is an absolute delight… Whether Hans finds his happily ever after nor not, this modern fairy tale is one that’s worth experiencing. Rating: 9 out of 10

Disclosures: This game is developed and published by Baroque Decay. It is currently available on PS4, Vita, Switch, and PC. This copy of the game was obtained via paid download and reviewed on the Switch. Approximately 4.5 hours of play were devoted to the single-player mode, and the game was completed. There are no multiplayer modes.

Parents: According to the ESRB, this game is rated T and contains Violence, Blood and Gore, Mild Language, Crude Humor, and Use of Alcohol and Tobacco. While it might look inviting to kids, this one is aimed at the older ones. There are a few fairly scary moments, and some of the imagery and content is quite dark. There’s also a fair bit of salty language. Teens and up only!

Deaf & Hard of Hearing Gamers: All dialogue comes presented with text and there are no audio cues necessary for play. I completed the entire game with my Switch on mute, and had no problems. It’s fully accessible.