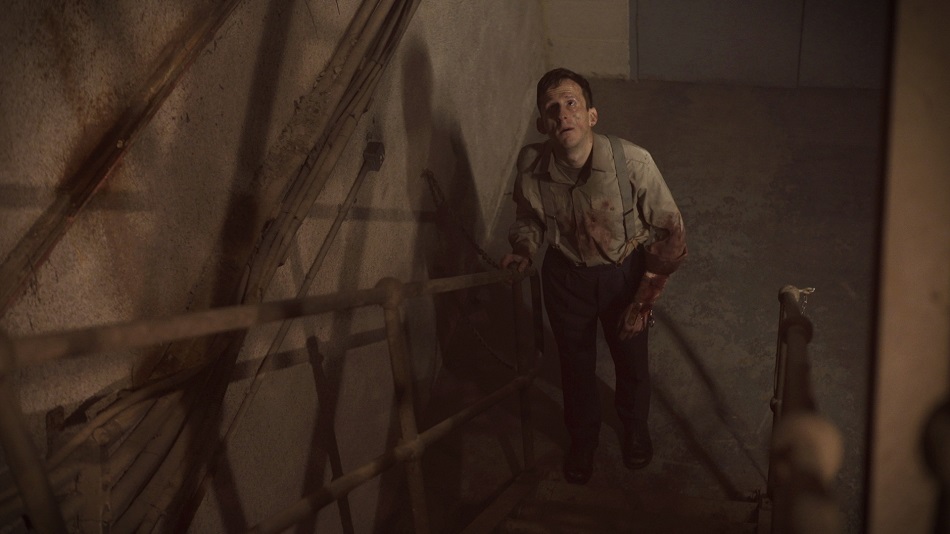 HIGH The final twists and turns of the story were great.

LOW I had one question that was never resolved…

WTF WHY DID YOU PUT YOUR HAND IN THAT?!?

Before I sat down to write this review, I tried to recall the last good FMV game I played, and I couldn’t think of anything. Not a single thing. I remembered plenty of bad ones, though. This particular approach to creating games has always seemed like a dead end to me, and my inability to name a single success* seems to bear that out, more or less. However, it’s not impossible to create something worthwhile using the technique, as The Bunker shows.

Featuring live actors on sets performing roles, The Bunker places the player in the role of John, a boy born in a fallout shelter after nuclear war has razed England. He’s lived his entire life in a cement structure underground, and by the time we meet him, he’s thirty. His mother is the only other occupant of the shelter. She’s ill and soon dies, leaving him utterly alone. At this point he’s left to his own devices, and in order to avoid spoiling too much of the tale, I can only say that things… go wrong.

While The Bunker is certainly a videogame, it’s also accurate to describe it as an interactive experience. The player will spend most of their time watching actors perform before occasionally clicking on an object or a point of interest to advance the story. There are a few rudimentary puzzles and some simple QTEs, but nothing that will be much of a barrier to progress, which is just fine since simply watching the story unfold is where the value lies. 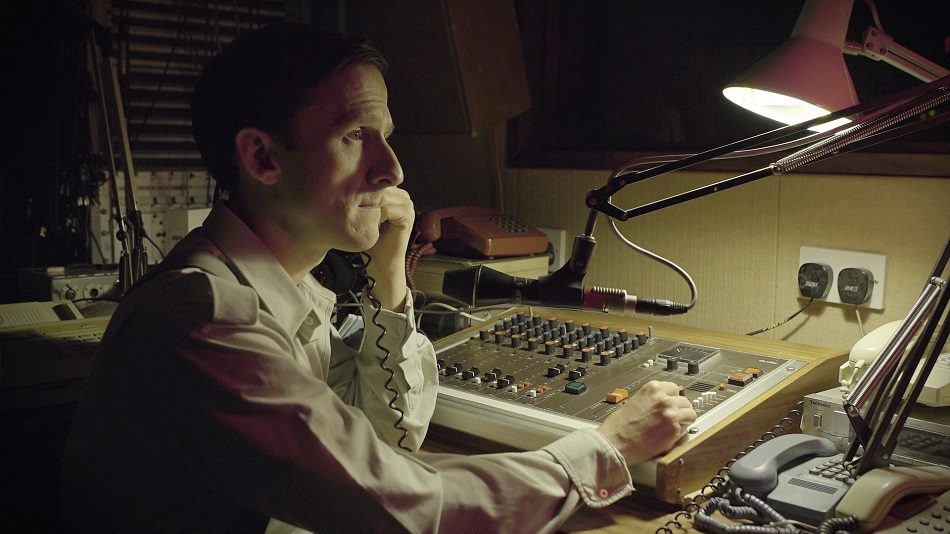 Actor Adam Brown is cast as the boy-turned-man, and he does a fine job – I believed him as a naïve person who knows nothing of the old world, and his situation captivated me. The rest of the cast (mostly seen in flashbacks) do a solid job of supporting the material. While the budget for the sets might have been a hair on the low end, they looked satisfactorily convincing, especially since characters often remark that the bunker’s construction was done in a rush and on the cheap.

So, the story. Since most of The Bunker is simply watching, the burden of carrying it to success lay squarely on the shoulders of the writers, and I’m happy to say that they nailed it. I knew the nuts and bolts of the premise before starting, but none of the details. I’m quite glad that I came to it so fresh — it wasn’t quite what I thought it was, but John’s sequestered life falling apart was compelling, and I absolutely wanted to know how it was all going to turn out.  I also appreciated a few neat perspective tricks that give the premise more depth than expected. I didn’t see what was coming, but once everything was said and done, I was satisfied by this dark story worth telling.

Although I hate to be so vague about The Bunker, giving away too much would be doing a great disservice to anyone reading this review. Instead, I’ll simply say that it’s one of the most enjoyable FMV games I’ve ever played, and that I’d recommend prospective players block out two hours and go through it all in a single sitting. My compliments to Splendy Games, and I’m now officially on record as being quite prepared to drop a few dollars on whatever they turn out next. Rating: 8 out of 10

*Twitter informs me that Her Story and Gabriel Knight 2 are also worth a look.

Disclosures: This game is developed by Splendy Games and published by Wales Interactive. It is currently available on PS4, XBO and PC. This copy of the game was obtained via paid download and reviewed on the PS4. Approximately two hours of play were devoted to the single-player mode, and the game was completed. There are no multiplayer modes.

Parents: According to the ESRB, this game is rated T, and contains violence, blood and gore, and language. Despite a fairly moderate rating, I would say that it’s more of an M. The themes are heavy, emotions can run high and there are a few tense scenes. I can think of two fairly gross scenes off the top of my head, and I would not want my son in the room when playing this. Grownups and mature teens only.

Deaf & Hard of Hearing Gamers: All dialogue is subtitled, and there are no audio cues necessary for play. It’s fully accessible.

Remappable Controls: No, this game’s controls are not remappable. It uses only the left stick and one button, however.

I liked the build up of this game – there was this slow tension that gave you enough time to appreciate the monotony and sorrow of solitary life. What I didn’t like were the Quick time events and the non-skippable cutscenes.

I found the setting superb – and really liked the mother. Anything more would need a larger spending and time, always time…

Hey Lars, thanks for the comment, and also just wanted you to know I edited out one word from your post to avoid any possible spoilers. You were vague, but I’d hate to tip anyone off to anything here. Thanks! ^_^