An Iron Fist… in a Newbie's Face 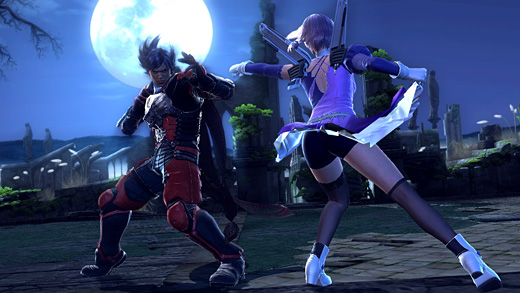 HIGH Finally starting to master characters and kick some ass.

has been a long time coming. Although there have been several installments in the "normal" series, the last time players were treated to a tagfest was on the PlayStation 2, way back in 2000—a full 12 years ago. That's a long time to wait for a sequel to something that was well-received at the time, and remains near the top of favorite lists today. Thankfully, the wait was (mostly) worth it. With Tag Tournament 2, Namco has pulled out all the stops and delivered one of the finest installments of Tekken to date.

While the name is fairly self-explanatory, those unfamiliar with the King of Iron Fist only need know that Tag Tournament 2 takes the majority of characters from Namco's flagship title (49 at time of release, four more available for pre-orders, and at least four more as future DLC) and puts them all together for a massive amount of non-canon brawling that can easily rival anything else out there. Also, there's tagging.

There are so many features to the game that to list them with any detail would take up the rest of this review. In order to prevent my word count from ballooning to a monstrous degree, it's best summed up by saying that Tag Tournament 2 offers nearly every sort of mode that a fighting game fan could hope to ask for, including the option to play solo or as a team, learning the basics in the Combot Fight Lab tutorial, and tweaking a massive amount of things from the appearance and clothing of combatants to minute behavior details in the training mode. Ghost characters. Video replays. There's even an insanely detailed World Tekken Federation online mode (browser required—have a laptop handy) that provides the most comprehensive information and stats that I've ever seen in any fighter, ever.

So enough of all the bullet points, how's the fighting? Good question. 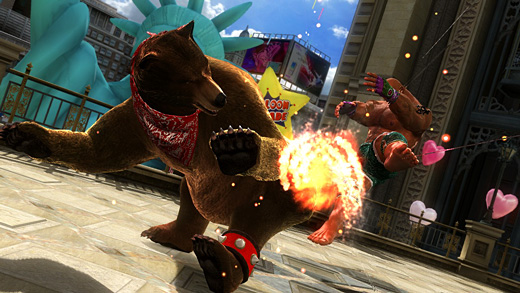 Tag Tournament 2 is an impressively accomplished technical machine. The online match-ups are totally smooth (offline had sporadic freezes), each character has a ridiculous amount of special moves and combos, and the depth to playing with skill easily rivals the best the field has to offer, despite a continued reliance on hateful juggle combos. It's so nuanced and intricate, in fact, that I found myself transported back to the days when I needed a spiral notebook and pen beside me to keep notes on certain moves, or to remind myself which combos fed into others. (It's also a necessity since it's a pain to constantly pause the game and go into the menu's moves list…)

With so many characters, so much depth, and so much to learn, there's enough content here for serious fighting game fans to dig in and not see the light of day for months, if not years. But what about newcomers? Unfortunately, the developers seem to have been so focused on delivering Tekken at the top of its game that they've lost sight of making it accessible for those who haven't memorized every combo string, or who have no idea that Steve is Nina's son.

I'm no stranger to Tekken myself, but I haven't played in a serious way since 2002's Tekken 4. Although the muscle memory remains, the game's gone through many changes. Some moves have been altered or don't exist anymore, new faces I don't recognize have joined the cast, and all sorts of other tweaks have been applied to the formula. I knew I'd have to put in a good amount of time and re-learn to play at a decent level, but I was caught by surprise at how difficult the AI is, even on the easiest setting.

It was an achievement to rack up a small string of victories, and trying to defeat the final boss of Arcade mode is like using wet pasta against a nuclear-powered Satanic combosaurus—and I'm someone who's comfortable with the series. I have a strong suspicion that people who aren't already good at Tekken will be frustrated by the steep difficulty in solo mode. Don't get me wrong—I support of stiff challenge for those who want it, but there's nothing to be gained by bullying players with repeated beatdowns and rage-inducing juggles while they're struggling to find their footing. Tag Tournament 2 definitely needs an AI adjustment to make the experience less punishing on the Easy setting.

should be seen as a master class for Tekken devotees, and is certainly one of the best titles the genre has to offer. It's clear to see that this game was created by developers with a real love for the genre, and their work will be an advanced delicacy for those who plan to spend their time playing against others. In contrast, solo play is frustrating and unwelcoming—with just a little more allowance made for players who aren't already Tekken gods, Tag Tournament 2 would be an unconditional recommend. Rating: 8.5 out of 10.

Parents: According to the ESRB, this game contains alcohol reference, crude humor, partial nudity, sexual themes, and violence. Although the game sports nearly every label the ESRB has to offer, I find it hard to be too alarmed at the content. While the characters (both sexes) can be altered to wear revealing custom clothing, at no point did I see any characters going acceptably nude. As for the rest, it's clear that the game is aimed at older players, but I didn't see anything that would be out of place on a primetime TV show. It goes without saying that it's a fighting game, but apart from that, I found it to be standard fare for the genre.

Deaf & Hard of Hearing Gamers: Subtitles are available for all dialogue, but there's precious little of it in the game until the endings are unlocked—and good luck with that, clearing the Arcade mode is incredibly tough. During the fighting itself, everything the player needs is displayed visually on-screen, with no relevant auditory cues. It's accessible.

Without a doubt this is one of the best versions of Tekeen I;ve ever played. It has been a long while since i’ve been able to say I liked a Tekken game. I hoped they would disappear in fact. But this game which I played at a friends house is really a lot of fun.