A Loooong Way Past Seattle 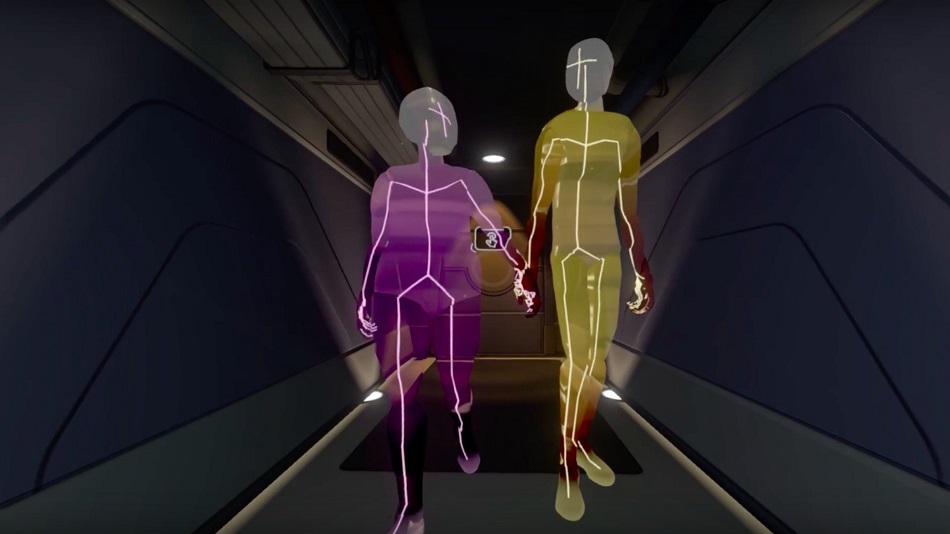 LOW Missing one document and finishing with 99%.

WTF Why does she use ASL to start the saved sequences?

Setting, premise and context matter a lot to me, and if a game takes the time to set itself up properly, I’ll go along with nearly anything. On the other hand, if a title throws me into a situation and hasn’t done enough to make me suspend the disbelief necessary, I’m done.

Take Gone Home, for example. While I loved the ultimate message and core of the story, getting it to unravel kept taking me out of the experience. The house where the game is set was too large and intricate to be a believable place, and I’ve never seen so many notes laying around someone’s home. Did those people only communicate via Post-Its?

While their first work felt more than a little contrived in order to tell a worthwhile story, Fullbright’s second effort, Tacoma, doesn’t suffer from the same problem. These developers have again created a wonderful tale, but this time it’s couched in a way that that makes perfect sense. I was sold immediately.

Fullbright wastes no time in establishing this world — as soon as the player’s craft docks with the station and the game begins, the storytelling’s framework is revealed.

The conceit is that the station incorporates Augmented Reality (AR) technology into all of its functions, and it’s overtly stated that everything onboard is constantly recorded and saved. It’s an ingenious setup, really. Rather than picking up more Post-Its or scanning emails (although there are a fair few of those) the bulk of discovery comes from reviewing recordings of important events that the AI has archived. 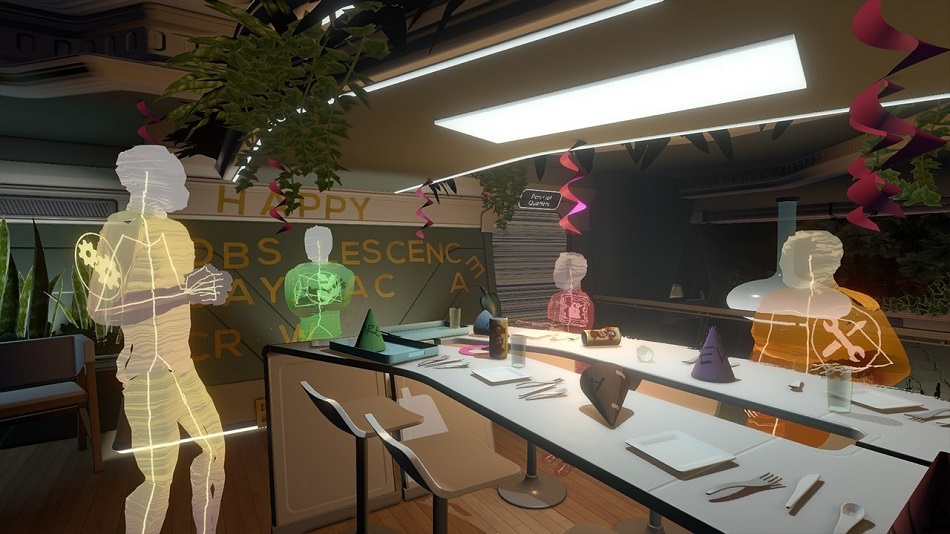 When the player enters an area, the game will signal if there’s a file ready to view. At the player’s discretion, it’s shown by projecting the now-absent characters as AR holograms that re-create exactly what they said, where they were, and what happened. These segments can be rewound or fast-forwarded as necessary. When the crew go their separate ways, the player can also follow one to see what occurred, then rewind and follow another to get all sides of the story.

The beauty of this premise is that it establishes a logical, believable way for the player to extract the narrative, not only via the AR premise, but by making the player someone who’s being paid to be there and find this data. It is a seamless marriage of mechanics and storytelling which I found quite satisfying.

The developers were also quite smart with the details — since the player will be watching recordings of people who are no longer present, they took great strides to make sure that the holograms would be easily distinguishable. Of course the voicework is amazing and that alone goes a great ways towards selling the experience, but each character sports a different color, they have different symbols representing their functions on the station, and their names and real faces are displayed when the cursor is on them. Despite the fact that they’re colored blobs walking around empty rooms, these representations feel like real people and become quite memorable before the story’s over.

So, I’ve just spent a lot of time talking about the design and mechanics of Tacoma, but really, the best part is the cast. Each of the virtual crewmembers is rendered as a relatable, realistic human being with hopes, dreams and emotions. They have ups and downs, they respond to their predicament in a believable way, and there are plenty of defining details not only in their speech, but as objects and environmental elements throughout the station. Tacoma is a superb example of characterization and narrative, and I would love to see more in the industry devote the same time and attention that Fulbright has — spending time with these people was wonderful, and easily makes the case that games can (and should!) deliver a wide range of experiences.

While Tacoma is a short title able to be finished in just a few hours, it’s exactly the length it needs to be. It tells the tale it wants to tell, it doesn’t waste time on expected “gamey” trappings (although there are some of those for those who want to linger) and the streamlined nature of its design is admirable. The full focus is on the narrative, exactly where it should be.

Tacoma is a great experience that’s not only wonderfully designed and produced, it’s one that that richly illustrates a side of videogames that’s worthy of further exploration. I would happily recommend it to nearly anyone – the themes and emotions here will resonate. Rating: 8.5 out of 10

Disclosures: This game is developed and published by Fullbright. It is currently available on PC and Xbox One. This copy of the game was obtained via paid download and reviewed on the XBO. Approximately 5 hours of play were devoted to the single-player mode, and the game was completed. There are no multiplayer modes.

Parents: According to the ESRB, this game is rated T. Unfortunately, the ESRB’s site did not list descriptors, but I’d say that it contains a bit of salty language, many mature themes, and minimal sexual content. It’s not graphic or gross, but it’s a very adult-oriented game as in it’s meant for adults, and not in the naughty sense. Nothing to be worried about here, but it will probably bounce off of younger kids as they are not the intended audience.

Deaf & Hard of Hearing Gamers: All dialogue is subtitled and the game is fully accessible – there are no audio cues necessary for successful play.

Remappable Controls: The camera axes can be swapped and there is a left-handed mode but the controls are not fully remappable.