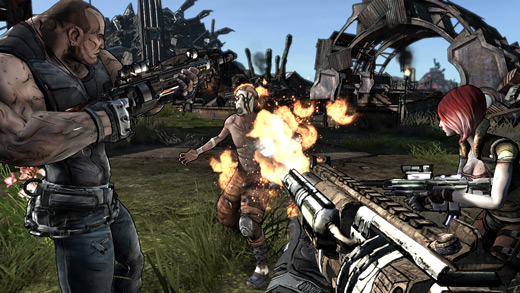 On Twitter, a friend mentioned a new website called SwitchGames.com. After clicking over and checking it out, it's basically a place where you list what games you have available for trade in addition to what you're looking for. Other people do the same, and the site does automatic matching between people to find the perfect trade.

Really, I think this idea is pretty genius. I'd much rather do a 1-for-1 trade than take a game into GameStop and get a fraction of what it's worth in trade credit. I signed up to give it a shot and the process was pretty painless. After entering the pertinent information, the site proposed three different people who had what I wanted and wanted what I had.

At that point, my options were to contact these people directly for free, or pay a small fee to the site for "guaranteeing" the trade in case my game got lost in the mail or stolen by a dishonest person. Always wanting to be on the safe side, I decided to go ahead and pay the fee. This is where the problems started.

After entering my credit card data (a card I've used for online purchases a million times with no issues) the site kept giving me an error message saying that it could not reconcile my address with the card. I called my bank to double-check my information and there was no problem. Then, I double-checked the information I entered to make sure there were no typos—everything checked out. Afterwards, still trying to figure out what the issue was, I checked my online bank account and noticed that Switchgames had charged me fifteen times for a transaction that hadn't even happened yet.

To their credit, they e-mailed back after I had alerted them to the issue and refunded the money, but they immediately closed the trouble ticket and never resolved the issue of why I was unable to complete my desired trade. I sent another e-mail to follow-up on this question, but I have to say that my confidence level in this website is not good at the moment.

Definitely a great idea, but my experience so far is making me seriously question the execution here.

Wrapped up a couple of reviews this weekend, one for Critter Crunch and the other for Borderlands, both on PS3.

Critter Crunch is a disgustingly cute puzzle game, and happens to be one of those unfortunate instances where initial impressions are excellent, but the game kind of falls apart towards the end.

I won't go into too much detail at the moment, but it seems pretty clear that the developers lost focus towards the final stages of the game and started throwing in everything but the kitchen sink in an effort to create challenge. It's definitely a good example of where less is more, although I will say that the game is still quite enjoyable up until the end phase.

Borderlands is the game everyone's talking about at the moment, although I have to admit that I'm a little bit (well, okay, a lot) puzzled at all of the positive buzz is getting. It's currently rocking an 84 at MetaCritic and no one has a bad word to say about it on Twitter. However, my experience was basically the opposite… it started poorly and failed to come together for me, leaving me bored and disaffected.

A FPS with minimal RPG elements, it's empty and unconvincing, and basically one huge grind the entire time. Everyone says that multiplayer makes the experience, but I have to disagree.. a dull game is dull, multiplayer or no.