There was a short news piece in GameDaily today quoting one of the senior producers working on Gears of War 2 as suggesting that developers may be reaching the "upper end" of the 360's graphical capabilities. The producer goes on to say (in essence) that the ceiling hasn't been hit, but the very fact that this comment was actually seen as a kind of news got me thinking—even if (and that's definitely an IF) the 360 is closing in on the best that it can do…. so what? 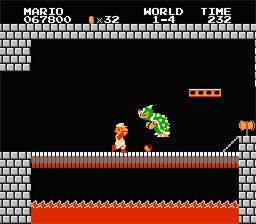 Frankly speaking, the latest round of titles looks pretty goddamned fantastic. The graphics that we get on average these days is so far beyond what we ever thought we'd see back when we were rocking 8-bit boxes that it's absolutely amazing we've made so much progress. However, I'm not saying this with the intent of sticking up for the 360. My real point is that although graphics may have made giant leaps, it's pretty clear to anyone who's paying attention that similar leaps have yet to be made in terms of raw gameplay. 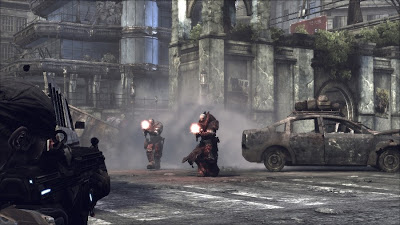 Although it's true some developers are exploring new territory, I think it's probably more accurate to say that the bulk of games being developed these days are putting most of their resources into graphics, while we're still playing the same formulas and designs that started feeling a bit stale last generation.

In my opinion, we're only just starting to scratch the surface of what's possible with regard to new ideas and innovations in actual game design; things like integrating physics to take the place of arbitrary puzzles. Things like having improved artificial intelligence instead of predictable, canned behaviors. Things like giving players true options for customization not only of their avatar, but of their entire experience. In fact, developers have only just started designing things that have never been possible before, and the fact that a certain piece of hardware may or may not be closing in on its graphical limitations is irrelevant. 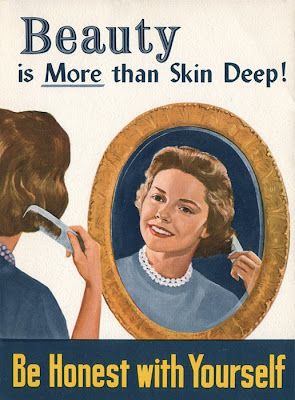 If anyone needs a more concrete example, look no further than the Wii. The graphics produced by Nintendo's little white box are slightly below average at best, and embarrassingly crude at worst—yet it hasn't stopped the system from outperforming everything else on the market. Although it's true that the Wii is something of a special case, I think the core idea that gameplay innovations do not rely on graphical innovations still holds true, regardless. 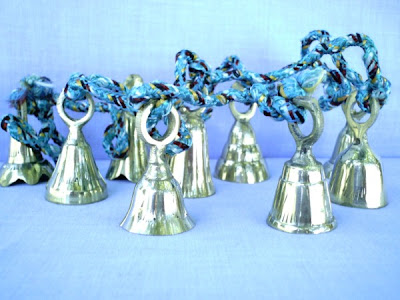 On a more personal level, I'm still finding overlooked DS and PS2 games whose creativity and energy win me over and keep me occupied despite not having eighteen different kinds of lighting effects and hyper-realistic texture-maps, not to mention how many hours I've poured into the games found on Xbox Live, WiiWare and the PlayStation Network. There are some truly great things to be found on a smaller scale, and very few of them have the ability to melt the eyes of passersby. 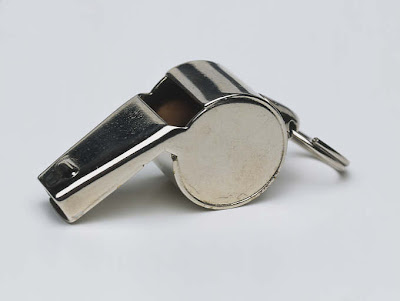 I know there are people out there who are more concerned with continually increasing the insane amount of detail that can be crammed into a game's visual display, but I think the fact is that graphics don't make a game, and anyone who's honest with themselves and knows even the first thing about playing them will agree. There's no need to get into a console arms race of diminishing returns with hardware iterations occurring every two years… let's make the most of what we've got now, and talk about new bells and whistles once we've established a few more milestones in terms of what we play—not how it looks.

[quote=Brad Gallaway]you’re basically correct that the innovative ones usually tend to flop, but without those pushes forward, we’re doomed to stagnation again. just as an example, look at Kill.Switch… about four people played that in the US, but the mechanics it created were integral towards the development of just about every third-person shooter that came after it, most notably, Gears of War.[/quote] Just wanted to mention that before there was kill.switch, there was Winback for the N64, which also didn’t get the recognition it deserved at the time. The genre owes it all to Winback.

You make a good point about the PS2 (still play it myself) but my mentioning the Wii was more about the fact that it’s not very graphically impressive. factor in the motion (which itself is pretty innovative, i’d say) and you’ve got a perfect example of how horsepower isn’t really that important. As for the market.. well, i don’t think i’m really speaking for the market, more as someone who loves games and has an interest in seeing the medium develop. you’re basically correct that the innovative ones usually tend to flop, but without those pushes forward, we’re doomed to… Read more »

I think the continued success of the PS2 and the DS are better examples than the Wii. The Wii isn’t flying off shelves because of any sort of gameplay innovation. It’s flying off shelves because it has whole-heartedly embraced motion controls that are more intuitive to the average person than the increasingly specialized and complex control schemes most “hardcore” games use – schemes that are, imho, much better suited to serious gaming. It’s just offputting to newcomers. But the result is that the Wii has many millions of satisfied consumers playing party games and exercise regimens and virtually no relevance… Read more »

Actually… while you’re correct most of the time… the counter to your argument is obvious. What’s the best-selling game franchise of all time? TheSims. A game that (when it first came out) was hugely innovative and relied on stylized graphics instead of hardware-pushing graphics. Sure, TheSims pushes hardware, but we’re talking objects-controlling CPU instead of graphics-cards. Unfortunately tho, computer games are a business, like any other. And, as in most businesses, creativity and business acumen rarely occupy the same space at the same time. I’m going to take a popular road here and put some of the blame on the… Read more »

Couldn’t have been said better Brian. My thoughts exactly.

Of course, the focus of graphics over gameplay has almost always been the case. The big benefit of the 3D hardware was supposed to be to offload a lot of the “pretty” work to the card and free up the processor for gameplay work. It didn’t quite work out that way. Part of the problem here is that games are trying to appeal to a mass market. Pretty is easy to sell, because it shows up right on the box or in the TV commercial. Gameplay isn’t so easy to sell, especially to the mass market. Not to show too… Read more »

Totally agree. Crisis Core or Devil May Cry 4 are perfect examples of this where they’re pushing the boundaries of how beautiful a game can look on their respective systems but the gameplay is sorely lacking when compared to older games in their genres that did the same thing.
(i.e Crisis core looks beautiful but is just a simple “x” button masher with no real strategy needed and DMC4 looks gorgeous but it’s gameplay just cannot match up to previous iterations of the series.)