Have I mentioned yet that I love GRIN's Bionic Commando? Love. It.

If you haven't given it a spin yet, don't be scared off by the overly-negative reviews and see what it's got to offer. Despite finishing it a few days ago, I still can't get it out of my head. And the ending? Although it's been categorized as completely random and nonsensical, I didn't find that to be true at all… I'm not going to spoil it, but I thought it was pretty amazing for a few reasons. 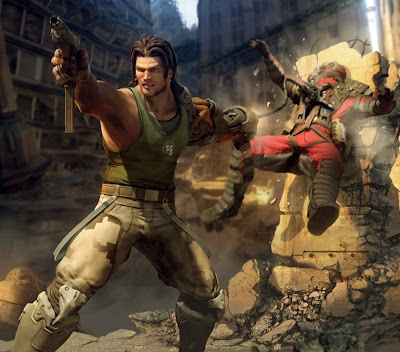 Got a copy of Atlus' Knights in the Nightmare today. The common theme going around is that the game has an incredibly steep learning curve, allegedly taking more than an hour to just get the game basics down. 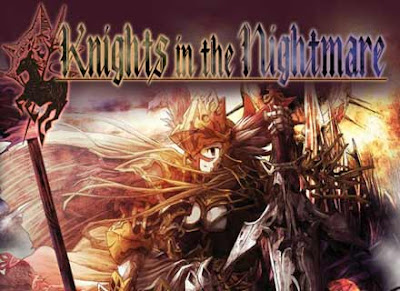 That definitely sounds a little heavy, but the game was crafted by Sting, and I've loved everything else they've done. Hour-long tutorials be damned, I am more than willing to give them the benefit of the doubt. Impressions to come.

More and more stories are leaking out about how Molyneux's Milo presentation at the Microsoft E3 press briefing was not nearly as legit as they wanted us to think it was. Honestly, considering Molyneux himself and the attempts to show Milo has some sort of revolutionary AI conversation construct, I'm not surprised.

Although what was on display may not have been on the up and up, I'm still fascinated by this sort of development. I actualy have very fond memories of Seaman on the Dreamcast, and Milo seems like nothing if not Seaman minus the aquatic element. I realize that recommending someone go out and find a copy of Seaman and a Dreamcast to play on is a pretty tall order, but if you ever get the chance, definitely try it. It was an extremely clever piece of software, and some of the "conversations" I had with it were fairly unforgettable. That game-that-wasn't-a-game was way, way, way ahead of its time.

Played Trash Panic and Rag Doll Kung Fu on the PlayStation Network today. Both were extremely disappointing wastes of time.

Rag Doll was a loose multiplayer mess, and although I thought Trash Panic has good ideas and an appealing aesthetic, the gameplay just isn't there. Dropping bits of trash into a can which sometimes seem to display physics properties and sometimes don't isn't quite as intuitive and fun as Tetris, not to mention the stack-reducing mechanics (fire, decomposition, etc) are not at all reliable. The best puzzle games are built on reliability. This one's got the concept, but no starch to back it up.

Oh, and in case you missed it, here's a link to my inFamous review.