So I've been thinking a lot about this Steam Greenlight thing for a couple of days, trying to come at it from a few different angles. I had originally written up a blog post about it, but after discussing it a little further with some (very smart) friends of mine, I decided to do something else.

So, here's the deal. If you are an indie developer who's got a complete game or at least a playable demo and you are legitimately unable to come up with the $100 to list it on Greenlight, get in touch with me and I will be happy to do what I can to spread the word.

Although I'm not able to fund people out of my own pocket, I've got Gamecritics.com, my Drinking CoffeeCola blog and Twitter as good ways to get in touch with folks, and I'm sure that there would be plenty of people willing to cough up a couple of bucks to help a great-looking game make it in the world.

You don't need to prove anything to me about your financial situation, and you don't need to write me your life story. There's no time limit on this, and I'm not asking for anything in return. I'm just a guy who supports indie games and indie developers, and this is something that's within my power to do to help further that cause. If this sounds like something that would be a benefit to you, then please send me an e-mail and we will see while we can do.

As much fun as PAX was, I feel like it really threw a wrench into my gameplay schedule. I'm just now settling back into a groove, and really looking forward to getting into the upcoming end-of-year reviews crunch. It'll be madness, but there's some great stuff due out sooooooon…. 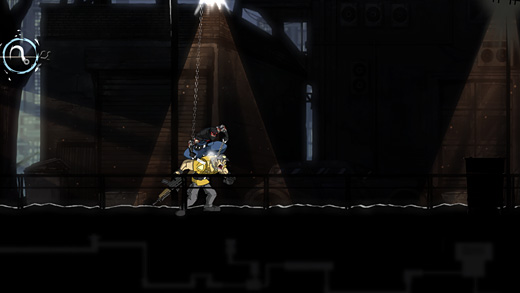 At the moment, I'm playing Mark of the Ninja. I did an interview with one of the developers earlier but the full game is now out for purchase on Xbox Live Arcade (XBLA) and it's pretty sweet for anyone who's into stealth and ninjas. And really, who's not?

I won't be doing the main review, but I can say that I've really enjoyed my time with it so far, and that it plays like buttery silk. Silky butter? Either way, it's easily one of the best XBLA titles in 2012, no doubt.

My next official review will be Tekken Tag Tournament 2, which I'm also playing right now.

I'm a long-time Tekken fan, going back all the way to 1994, when I found it in an arcade for the very first time and completely flipped out at how cool it was. I was pretty poor back then, but I dumped every quarter I had into that machine and never regretted it.

(And by the way, THIS IS NOT A REVIEW, it's just some brief thoughts. Embargo, yo.)

In a technical sense, this is certainly one of the best games in the series, overall. There are tons of extras, the customization of characters is great, in the roster is huge. As of right now (prior to any upcoming DLC) there's already something like 50 fighters or so. There are whole modes I haven't even touched yet, and I saw an in-depth look at the online site analysis mode, and that was a giant, sucking rabbit hole of stats and information. Certain heads are going to explode when they see how much stuff is being offered here. 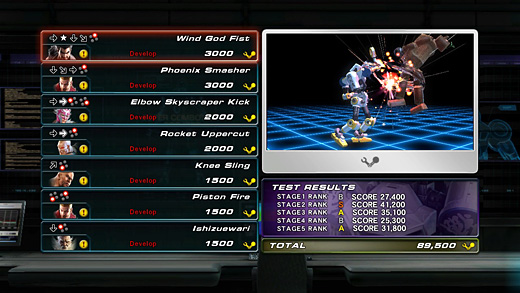 Although I'm certainly rusty after not having been playing the game in any serious sense for a couple of years, I'm no a slouch. At the very least, I've always been able to hold to my own and not walk away from any multiplayer sessions with my tail between my legs.

This game is something else, though. I've had it set to the easiest difficulty level for the last two days and I still haven't been able to beat the final boss, Jun Kazama. Tonight I tried something like 40 or 50 times in a row, and never put her down. Not only is she incredibly difficult, certain encounters during the Arcade mode have mad spikes in challenge, and the game goes from being fun and interesting to F$&#@!&# in a hurry.

It's pretty clear that this game is aimed at serious fighting fans and that's cool, but when a game is set to Easy, I expect it to be pretty easy. My kids like to play fighting games with me, and even the lowest difficulty here is far beyond their abilities. There's no chance for us to play together on this one, and as a critic playing on my own, I'd like to beat the game with as many characters as possible. It's just not feasible in a game with over 50 characters to spend two or three days with just one and still not be able to finish.

I'm sure people will come out of the woodwork to say that I suck or that I just need to practice more—and those statements may be true—but I've played a hell of a lot of fighting games over the years, and I think I've got a pretty good sense of when things are a little out of whack. At the moment, I'm really hoping that Namco Bandai will put out a patch and lower the difficulty for those who want it. People who like a stiff challenge will be in hog heaven here, but in its current state, I see it scaring off a lot of casual and non-hardcore players.