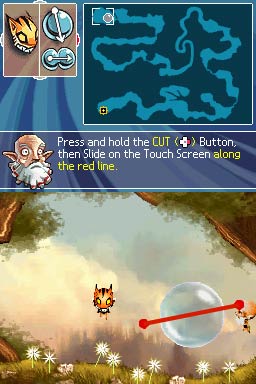 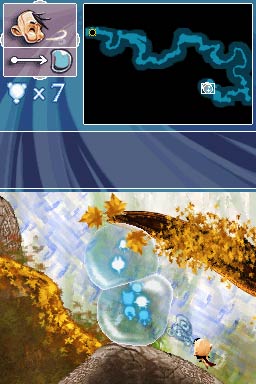 Parents have absolutely nothing to worry about.  This game is as "E" as E gets… no violence, no language, no sexual situations whatsoever.  To top it off, the art style is quite bright and attractive, and would be very appealing to children.  Some of the later stages might be a hair on the difficult side, but I would have no reservations giving this to my own son.

DS owners owe it to themselves to track down a copy of this game. As far as I'm concerned, it's one of the best the DS has to offer. The mechanics and controls are a perfect match for the inherent properties of the DS hardware, and the level of creativity and polish and gameplay is quite uncommon among games of this kind. Don't miss it.

Deaf and Hard of Hearing gamers should have no problems whatsoever. The game's formula is reliance on visuals, with no important auditory cues being present.  I played a large portion of the game without any sound at all, and had no difficulty of any sort.  Totally accessible.