On July 13th and 14th, the Seattle Retro Gaming Expo was held at the Northwest Rooms on the grounds of the Seattle Center.

Although I've attended the Portland gathering before, this was my first time checking out the scene in my own backyard, and it was a great time.

As expected, the space was split between two areas. The first was a sales area chock-full of vintage systems, used games and geek-friendly crafts. The second was a free-play room where people could check out titles for a wide range of systems, and there was also a system-link room dedicated to the first Xbox and a once-in-a-lifetime array of ten Steel Battalion units arranged for multiplayer. 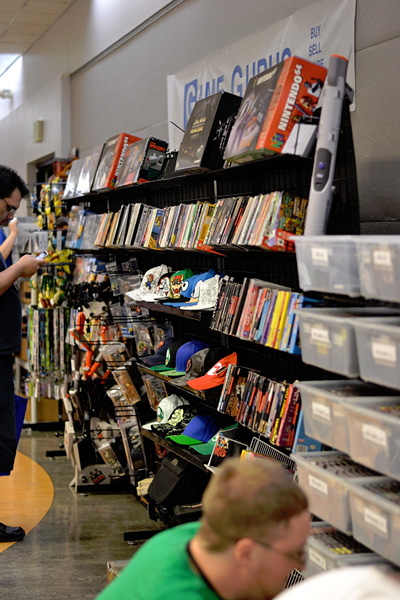 As expected, there was a pretty good selection of items on display. I walked away with a perler bead decoration in the shape of the Black Mage from Final Fantasy I, and also managed to snag a copy of Policenauts. Although I don't have a 3DO to play it on, it was in absolutely pristine shape and it looks fantastic sitting on my shelf. 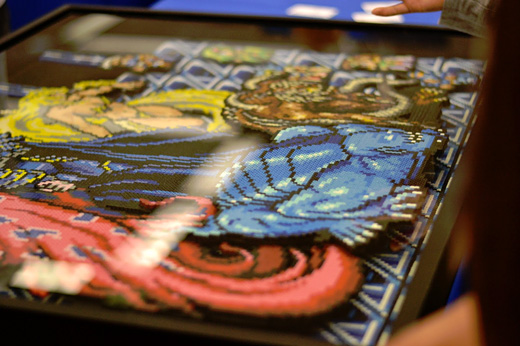 Thanks to a happy coincidence in the summer visitation schedule, this was the first time I was able to take my oldest son (who usually lives with his mom in a different state) to a games-related event, and it blew his mind. This was the first time he'd ever seen an NES, the original Super Mario Bros., and about a million other things. I took quite a bit of time showing him things on shelves and talking about their history, and he was fascinated. 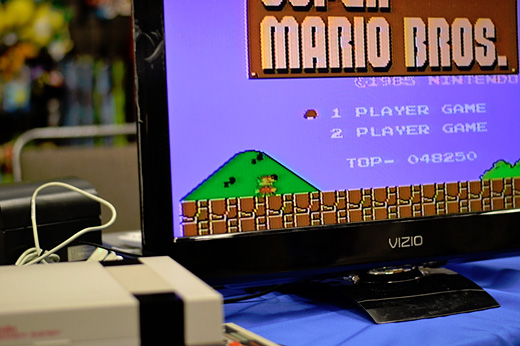 While I was there, I talked to some representatives for the Retron 5—an incredible device which plays all of the cartridges you see outlined in the picture below. 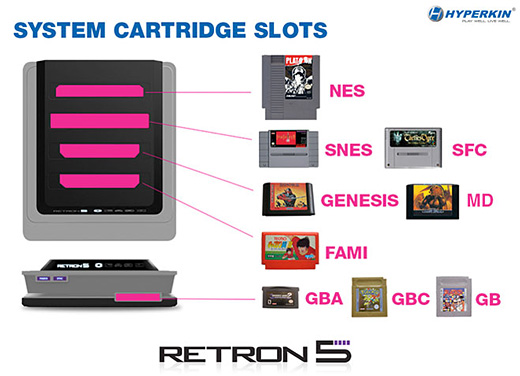 Unbelievably, the thing will retail for $100, so it makes coming to a show like this and actually playing the classic games you might buy a lot more viable. I don't know about you, but my NES stopped working many years ago, so having a reliable, updated alternative is sounding really appealing to me. 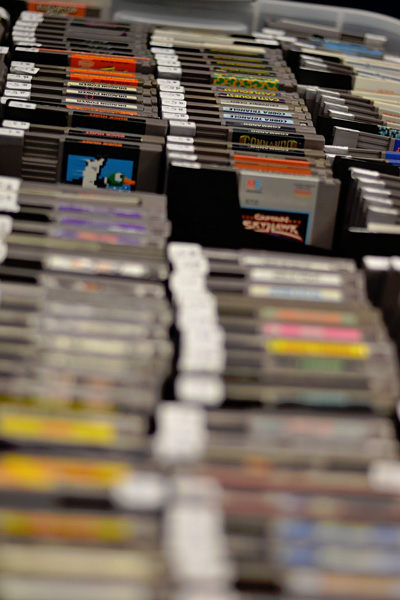 Surprisingly, there was a severe lack of Monster Hunter-related merchandise. I mentioned this complaint to every vendor I stopped at, so hopefully some of them will take action! 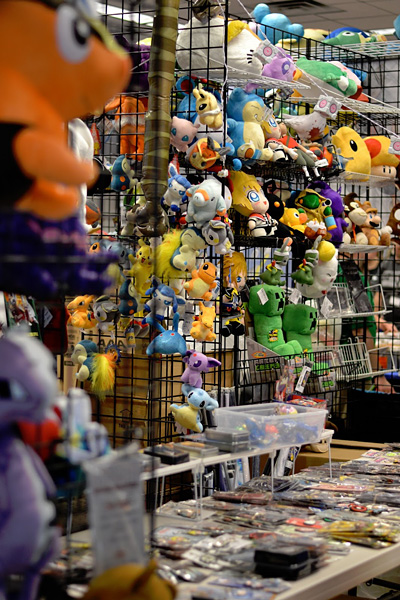 My only regret at the show was that I didn't hit the free player room first. When I initially walked through, there was only a handful of people filling the large space. I figured I would come back after I dug through the merchandise in the adjacent room, but time went by and before I knew it, it was standing-room only in there, and the lines were crazy. The kids were a little disappointed that we didn't get to try some of the things I had been telling them about, but there's always next year, right? 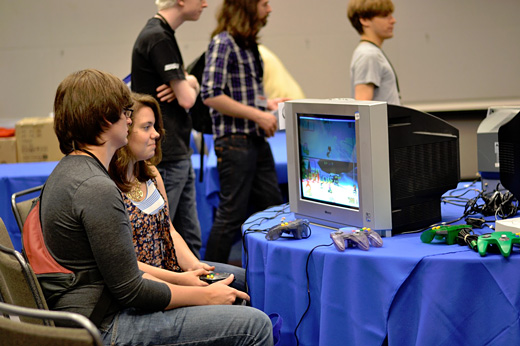 For more information on the Seattle Retro Gaming Expo, please click on over to their site and tell them I sent you. Infinite thanks to Kinsey Burke for all her efforts!

It was good to see all the old games again. However the best part of your article was your spending time with your son/children. Passing on your passion on to your kids and watching them embrace it is one of the real joys of life. Not enough fathers spend this kind of time with their children. We fathers may not be perfect, but our kids don’t care. It is just enough to have been there with you. Keep up the good work with the games and especially with the children.

Thanks for the kind words Kevin, and I totally agree! ^_^