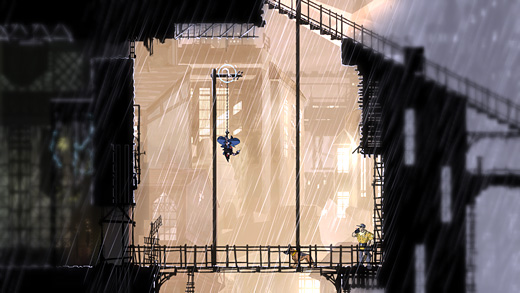 Last year's Seattle Indie Expo proved that the Pacific Northwest is a hotbed of up-and-coming games development talent, and if anyone needed further proof, then this year's SIX drove the point home.

Taking place at the DigiPen Institue of Technology,  the event was hosted by 17 Bit Studios (Skulls of the Shogun) and provided a great venue for gamers, journalists and developers to mingle face-to-face.

Here's a quick rundown of the highlights, and for further information, you can find a complete list of what was at the show.

Easily one of my favorite games at the show, Mark of the Ninja was an incredibly impressive ninja action game that takes 3D stealth concepts and interprets them to work in a purely 2D environment. The animation was smooth as silk, the controls were effortless, and the amount of thought that went into making the sneaking intuitive was fantastic.

For example, the game takes the guesswork out of being sneaky with things like an on-screen circle whenever the player makes noise. Any enemies within that circle will hear it, so it's quite simple for the player to accurately gauge whether they will alert guards or not. Other things were just as clever, such as the player being black when hidden, and brightly-colored when visible.

The substantial demo gave a very good taste of what to expect from the full version, including things like optional objectives for challenge-seekers and multiple paths through each level. Apparently, it's also possible to complete the game without killing anyone (except bosses) as well. From every angle, this looked like a big win.

Shellrazer was another one that caught my eye, although for a slightly different reason—I had actually downloaded it to my iPhone just a few days prior to the show. I had no idea that it was going to be shown at SIX, so getting to meet the artist of the game was a pleasant surprise.

In this title, the player takes control of a giant tortoise who straps various guns, cannons, and other weaponry to the back of its shell. The goal is to walk from left to right while taking out all opposition by any means necessary. There are loads of options for people who like to tinker with gear, and to be quite frank, seeing this giant reptile plod along while spewing lead in every direction is just too damned cute.

Unlike many of the other games featured at the show, this one is available on the app store now!

Playing with perception seemed to be a recurring theme at this year's show.

The first one to catch my attention was Perspective and I have to admit that as I was looking over the shoulder of another person playing the demo, I absolutely no clue what the hell was going on. Once that person left and I had my own turn at it, I thought it was pretty brilliant.In this game, the player takes control of a 2D character who must navigate through fully 3D environments. The hook is that he can only travel across blue platforms which are scattered around the walls, floors and ceilings. By rotating the camera view, platforms can be connected by altering the perspective onscreen. It was a bit reminiscent of something like Echochrome, but far more flexible and energetic.

The Bridge was the next mindbender I came across. It's most easily described as the player taking control of a man who is walking through the type of impossible geometry that M.C. Escher is known for. Portrayed in black and white, the goal of each area was simply to reach the exit, but along the way the player must account for the movement not only of his own character, but of large boulders which bring an end to the adventure if they roll the wrong way.

The last one to play games with space was Subduction. This one had the most stripped-down graphics out of all of them, with the on-screen display consisting of little more than simple lines and a small avatar, but it had no problem piquing my curiosity. In this title, the player controls a princess navigating through stark 2D environments, but these environments could be flipped and rotated every which way, including top-down. I was dying to talk to the developers of this game, but every time I came to the table they had just stepped away.

At least two of the games I saw (maybe more) were the result of projects by students still at DigiPen. Both Rhinopocalypse and Meka Zoo were cute, clever, and instantly engaging. The former was about a rhino crashing through a world made up entirely of 3D pixels (it looked a lot like 3D Dot Heroes, really) and the latter was a platformer inspired by Donkey Kong Country. However, instead of starring apes, the player can transform between frog, snake and pelican modes. I was told by the Rhinopocalypse developer that because the game stems from work done at DigiPen, it had to be released free of charge. Look for that one to be available for PC in the next few months. Meka Zoo's eventual fate was unclear.

There were a number of games which were clearly not ready for prime time, but which still showed some promise, regardless.

Volgarr the Viking looked like it was ripped straight out of the 16-bit era, and I mean that in the best possible sense. If I didn't know better, I would swear this was some forgotten Genesis gem, and an interesting turn of events, the developers currently have a fully-funded Kickstarter going to support development with plenty of days left before it ends. 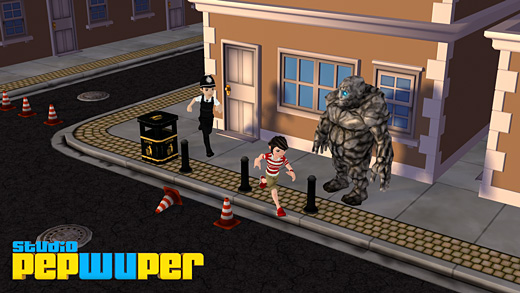 My Giants was a cute multiplayer game featuring kids playing capture the flag, with the twist being that they have monstrous helpers along for the ride lending backup. Given the small scale of the development house, multiplayer is the only mode in production right now, but this one was crying out for a proper campaign, if you ask me. Hopefully that can come to fruition in the future. 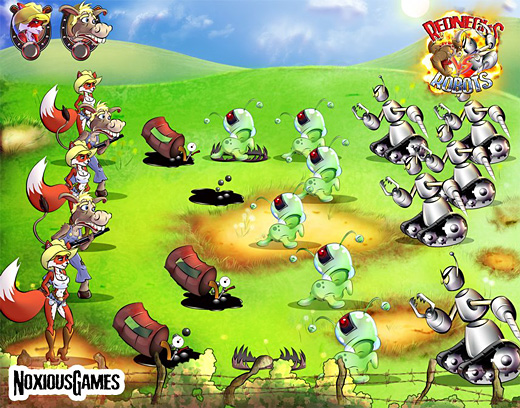 Rednecks vs Robots was notable for pitting anthropomorphized animal hillbillies against mechs from outer space. Several elements of the general design were still under development, but my guess is that it will be a good fit for iPhone/iPad.

Finally, a special shout-out goes to Heart Shaped Games and their new title Battleline Bandits (PC, Mobile, and NOT FOR FACEBOOK.) An interesting mix of turn-based tactics and CCG elements, this one will be going to beta soon and will be in need of testers. Keep your eyes peeled here, or check in with HSG for more details.

Rounding out the show were returning favorites Skulls of the Shogun (17 Bit Studios, XBLA, PC), PAX 10 finalist Containment: The Zombie Puzzler (Bootsnake Games, PC, iPad) andVessel(Strangeloop Games, PC, XBLA) made a return appearance, all of them having been polished up and prepped to move to new platforms.

That about wraps it up for me, but as you can see, there's a lot to be excited about here in the Pacific Northwest… I can't wait to see what's on tap next year!