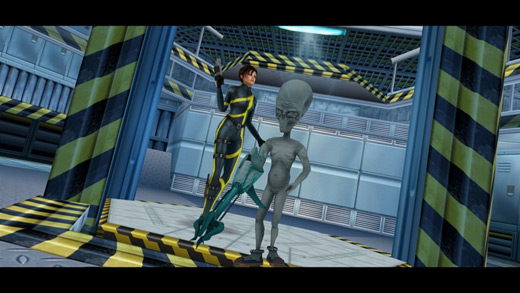 For the moment I'm still spending my available free time with Risen on the 360, and I'm loving every minute of it. The more I see of the game, the more I like it, and the more I admire the work and craftsmanship that must've gone into creating it. The island the player explores is a fantastic place, crammed ridiculously full of detail and interesting locations. My lust for exploring and adventuring has been stoked to fierce heights, and I would certainly recommend Risen to anyone who enjoys the same. Although it may have a lot in common with Oblivion thematically, the pacing and tightness of Risen's design actually remind me more of a cross between Dragon Age and Fallout 3.

(By the way, if that combination sounds good to you, I would suggest securing a copy of Risen sooner rather than later. I've already started hearing reports that the game is becoming hard to find, and based on current sales numbers, I think it's a pretty safe bet that the publisher will not be printing a second run. Don't say I didn't warn you.)

Also, I've heard that this week's XBLA offering will be the Nintendo 64 classic, Perfect Dark. Believe it or not, I've actually never played the game. It's been on my list of "classics" to experience as part of my general critic education for several years, but my N64's been packed away in storage for a while, and I've definitely had my hands full with more current releases. However, now that it's going to be available in a souped-up version, I'm thinking that maybe the time is right.

However, before I pony up for it, I'd love to hear feedback from any readers who have played the game and have memories of it, whether good or bad. Did you like it? Is it worthy of being called a classic? Would you say it's a must-play for anyone worth their critical salt?

Drop some knowledge on me.

Availability will hardly be a problem if you order it in Germany. Gothic 1-3 and Risen are bestsellers here. You still can get Gothic 1 as a budget version. I would recommend the pc-version since Pyranha Bytes is/was a PC-developer and the port is suboptimal and! all their games have a enthusiastic modding(patching^^) community. I liked Goldeneye more. The story of PD did feel sometimes like they wanted to do more and were limited by the capacity of the cartridge. I remember some missions of Goldeneye better: the final map on the sattelite dish, the space shuttle with the golden… Read more »

Personally, I think Perfect Dark is a great game. I played through the game when it first came out and spent many hours on single and multiplayer modes. Even spent some time replaying the game about 5 years ago. The game does have hits and misses. It has really excellent levels (some even better than Goldeneye), but then has some really poorly designed levels. This is true in single and multiplayer. The story is a little odd, and just gets ubsurd at times, but I never really played Perfect Dark for the story. Weapons are in general a plus, especially… Read more »