Faithfully retelling a myth that never was 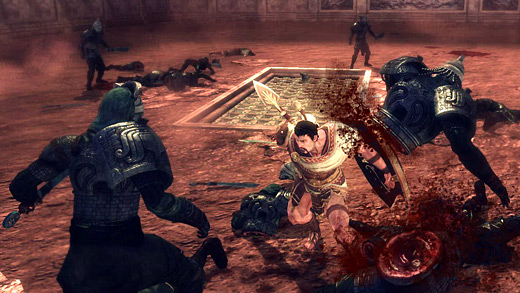 LOW the lack of a minimap during navigation

As someone who's a fan of classic mythology, I've often wondered why developers don't tap these vast sources of inspiration more often. If I took all the games that star a generic space marine and stacked them one atop the other, I'd be able to climb to the moon twice over, yet history has thousands of years of unused stories that can be every bit as interesting and exciting as anything involving aliens or chainsaws. Clearly, I'm not the only person in the games industry who feels this way, and Rise of the Argonauts from Liquid Entertainment is a great example of how something very old can be made new again. Although not a direct retelling of the Greek tales at the core of its identity, Argonauts pays faithful homage to and includes so many elements from them that it easily could be.

In Rise, players assume the role of Jason, king of the blessed island of Iolcus. During the opening moments of the game, his bride Alceme is brutally slain by an assassin's arrow. Stricken with grief and driven to revive his wife before her soul is lost forever, Jason sets out to find the only thing that can save her: the legendary Golden Fleece. This quest will take him to a series of islands, each with its own set of challenges to overcome. Along the way, other heroes pulled from legend will join Jason as his ship sails.

Before talking about the logistics of the game itself, it's worth noting that Jason (and the rest of his allies, the Argonauts) are very faithful to the ideals set forward in Greek myth. Honor, courage, and loyalty are all characteristics that they value. The cast of characters that the player will get to know over the course of the game's ten or so hours are all cut from the same vibrant, broad cloth, and at times I felt as though I was watching a film that would be right at home beside idealistic classics such as Seventh Voyage of Sinbad, Clash of the Titans, or the original Jason and the Argonauts. However, anyone familiar with the actual stories and not just the movies will know that the gods and heroes of the Greeks were very human; often every bit as fearful, jealous, lusty, and vengeful as the common folk. Rise's writers did an excellent job of capturing these qualities, most specifically in the way that Jason is absolutely a paragon and a force for good, yet has no qualms when taking revenge or delivering a fatal sort of justice to those who deserve it. Definitely a hero in the classic sense, I felt as though this aspect of Argonauts was dead-on. 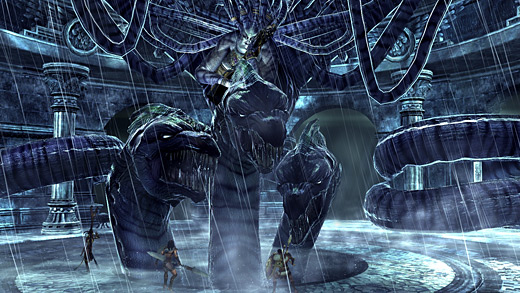 Structurally, I think it's fair to say that Rise of the Argonauts is much more a role-playing game than an action experience, though it is a blending of the two genres. There is a solid (if simple) combat engine on display, and the abilities and upgrades that are earned are interesting. People expecting another combo-heavy fighting-focused project like Sony's God of War will come away disappointed, but players aligned with the slower, more cerebral methods of storytelling and exploration similar to something like Mass Effect or Knights of the Old Republic will likely appreciate the breadth of formula here, although Rise of the Argonauts is not as deep or complex as either.

When arriving at each new area, much time is spent on illustrating the flavor of each locale, and a large part of gameplay is talking with kings, spirits, creatures, and common people to help solve their problems and complete the tasks Jason must in order to find the Fleece. People in search of constant adrenaline rushes (and a few reviewers I could name) may not see the appeal, but segments like these are the true heart and soul of the Argonauts experience.

In one particularly memorable encounter, Jason must keep his blade sheathed and debate a villain, the strength of his argument and the clarity of his logic judged by a group of philosophers. In another, Jason must appoint a new captain of the guard, and it's up to the player to hear each of their cases and decide which one is most fit to serve. Scenes like these do a wonderful job of illustrating aspects of the Greek tales which have nothing to do with slaying monsters or feats of strength, something that's often overlooked in the very few games which tackle the subject matter.

Although I came away quite satisfied with Rise's intellectual side, there was a small number of issues that could have been improved. First and foremost, I was disappointed at the lack of a minimap onscreen during play. Although I can understand the developers' reluctance to include something that clutters the otherwise clean display, I think it's fair to say that the functionality of such an addition is worth the trade-off. There were a few other spots that needed more polish (semi-spoilerish quests being added at inappropriate times, framerate hiccups on the island of Mycenae, sometimes the X button would speed dialogue along, other times it skipped a scene altogether.) but none of these issues significantly detracted from my enjoyment of the game. Like the way the unrealistic stop-motion animation of skeletons and serpents in old Harryhausen movies doesn't impede a person from enjoying the spirit of those films, the few rough edges don't prevent the energy of the game from shining through here. 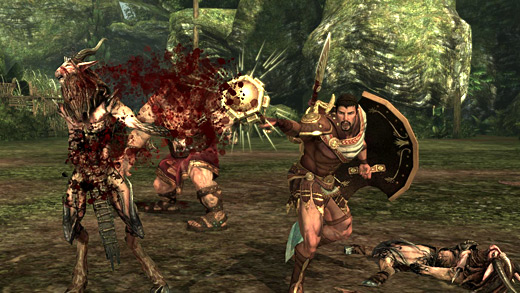 Carried along by high adventure, interesting sidequests, and a cast of characters I was glad to spend time with, Rise of the Argonauts was an entertaining ride that I would recommend to people interested in the subject matter, or to players who crave an action-RPG that's a little on the lighter side. If nothing else, gamers who throw in with Jason and his crew will come away culturally enriched and slightly more educated by the time the ending credits roll, and that's not something that can be said for just any game. Rating: 7.5 out of 10.

Disclosures: This game was obtained via publisher and reviewed on the PlayStation 3. Approximately ten hours of play were devoted to the single-player mode, and the game was completed once. There are no multiplayer modes.

Parents: According to the ESRB, this game contains Blood and Gore, Mild Sexual Themes and Violence. As entertaining as I may think mythology might be for kids, this game is not the place to teach it to them. The combat often ends with enemies getting sliced in half or sloppily decapitated, and there are certain scenes which could be seen as rather brutal. It's certainly not the most extreme or explicit game out there, but it's not one that I would recommend for children.

Deaf & Hard of Hearing Gamers You shouldn't have any problems. The entire game is subtitled (except for a few words during the ending cutscene) and it's very clear when combat is about to start, so players will be very aware of when the action is happening without any need for audio cues. I had no problems playing without the sound, so players with audio issues should be good to go.

thanks for the review Brad. Might’ve missed this story driven action game.

This game: Total piece of trash. Wow, lets review shall we: You listen to the game more than 50% of the time, the background is 100% static…100%!!! kidding me? So you just fkn run and run and run around (no minimap, mind you) slow as hell and talk to people. Why they give you 3 weapons when its your ears you’ll be using the most is beyond me. Combat is garbage, clunky, slow. Sidequests are so fkn trivial – Im the King of this country, but you want me to give a message to your daughter or your father –… Read more »

Thank you for giving an honest review that looks at the merits and rough points of this game. It seems like the entire internet is dead-set on bashing this title because it’s not God Of War III. It would appear that the developers were not shooting for it to be so, but that didn’t stop the marketing department from hawking it as such.

Anyway, I appreciate the actual insight. Trying to find info on this game usually has me ending up in forums that keep repeating gems like “this game sucks” but not really describing why.

After reading your review and listening to the podcast I have to say I can kind of see your point regarding this game. However, I don’t know how excited I am to have a spirited debate before a council or conduct job interviews. I don’t know if I can blame all reviewers because it sounds like the game was poorly presented to them (and the public). When I first heard about Rise of the Argonauts, there were a lot of comparisons to God of War. I doubt that came from nowhere. The PR people may have pushed the action elements… Read more »