Island Of The Lost 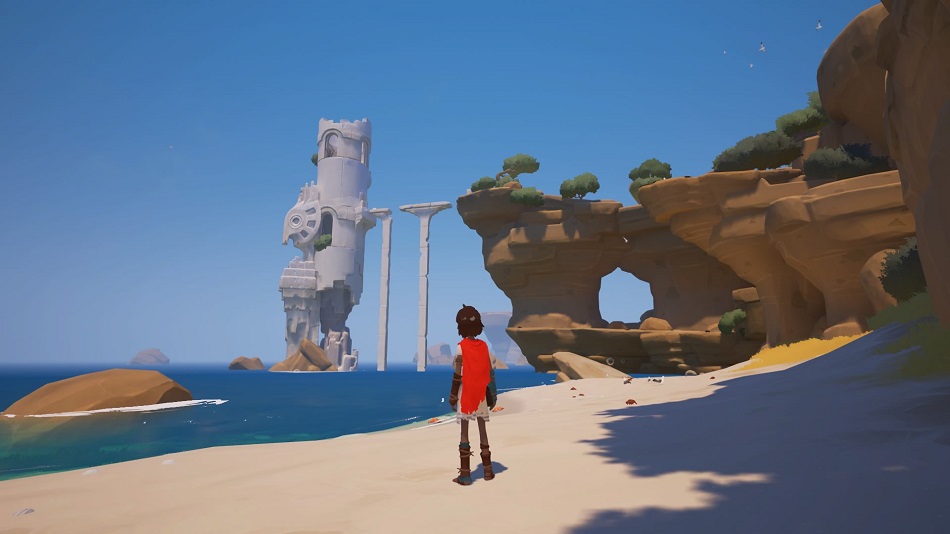 HIGH Figuring out one of the first puzzles after confusing the hell out of myself.

LOW Getting distracted by collectibles and losing the fox in the second world.

WTF Trying to decide what the ending is really saying.

Rime is one of those rare titles that I knew nothing about beforehand, only to find that it was something worth talking about afterwards. Coming from Spanish developer Tequila Works, this art-house piece has apparently had a very rough road to release, but I’m glad that the people behind it persisted — It’s one of the most enjoyable things I’ve played so far this year.

The story begins with a young boy washing up on an island. There’s no background given, no explanation for anything, and there’s no dialogue or text anywhere in the game… Everything it delivers comes through third-person visuals, action, and atmosphere. However, it makes a strong first impression and begins on firm footing.

Much of the game is spent navigating through four main areas, each with a different tone and style. The first is the initial island’s sunlight, blue water and lush vegetation amidst shining white ruins. The next is an arid desert land where the palette switches to yellows and reds, communicating an entirely different feeling. Thanks to the rich design of each area, Rime does a fantastic job of saying a lot without actually saying anything at all.

On his journey the boy will have to deal with various types of puzzles, some obvious and some less so. I hesitate to give specifics since the game is relatively short, and discovering what it holds is where much of the appeal lies. However, I can safely say that there’s no combat — instead, players will have to figure out how to get to certain areas or manipulate objects to open doors or alter the environment. 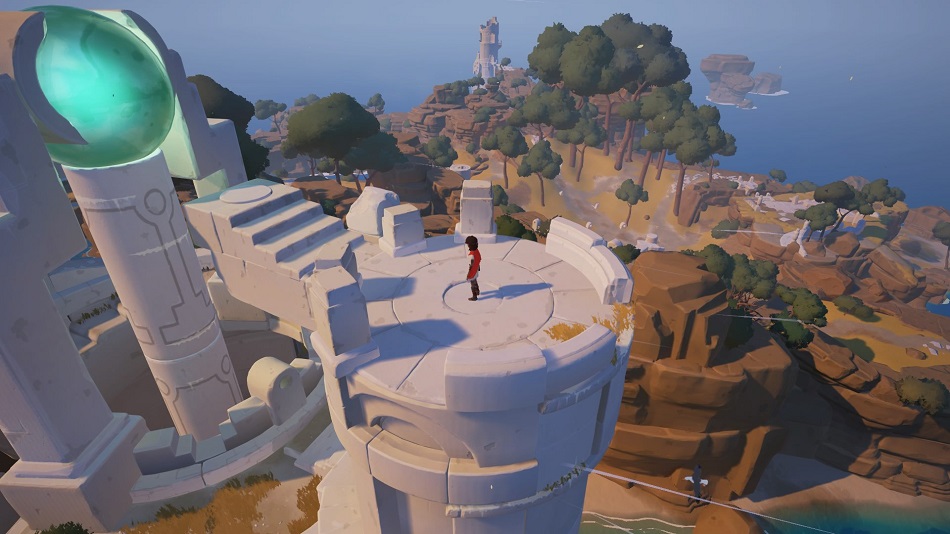 I enjoyed the puzzles a great deal — some are quite neat once their trick is discovered, and they’re never a barrier for long, which was appreciated. While some might find them too simple, they struck a perfect balance for me. They were substantial enough to make me pause and spend a few minutes figuring things out, but they were rarely so tough that they killed my positive feelings of forward momentum. It’s a tough thing to get right, but Tequila Works threaded this particular needle perfectly.

As the story goes on, it’s clear that there’s more to the game than simple discovery. Some cutscenes show flashes hinting at more, and players who are so inclined can search out optional collectibles to add flavor. However, all of Rime’s threads come together in the final act and re-contextualize the experience.

The truth of the game is open to interpretation and one viewpoint gives greater weight to the experience than another, but no matter what it is (if there is a truth at all) I can say that the time I spent with the boy on his quest was worthwhile and satisfying, and it’s clear that the developers had true feeling for this work. It shines through.

In a year that’s been flooded with massive triple-A games, each one larger than the last, it was a real treat to play through something as compact, focused and soulful as Rime. It was a welcome respite from excess, and proves that sometimes the best things come in small packages.  Rating: 8.5 out of 10

Disclosures: This game is developed by Tequila Works and published by Grey Box. It is currently available on PS4, XBO, PC and a Switch version is coming in the future. This copy of the game was obtained via(publisher and reviewed on the PS4. Approximately 7 hours of play were devoted to the single-player mode, and the game was completed. There are no multiplayer modes.

Parents: According to the ESRB, this game is rated E10+ and contains Fantasy Violence. This is a puzzle-adventure game in which players assume the role of a young boy stranded in the ruins of a mysterious island. As players traverse platform environments and search for clues, they must solve puzzles in order to progress. Several areas contain ghoul-like enemies that siphon energy from the player’s character and must be defeated with beams of light. Some sequences contain thematic elements and additional acts of violence: a character falling from a boat in a storm; a creature struck by lightning. You can find latest casino news, articles and reviews at Оmbrecasino . Some of the casinos we review are Leovegas, Wildz, 1xbet, etc.

Deaf & Hard of Hearing Gamers: There is no dialogue in the game at all, but the character does make singing/shouting sounds with the triangle button. This is used for some puzzles, so what the button does might not be immediately obvious. Also, the little fox that acts as a guide gives yelps to get the player’s attention, and he can be easy to miss for players who can’t hear it.

Well, now I’m sold. Was unsure whether it would just be another bland experience wrapped in a pretty package like The Witness, but from what you said, it sounds like Rime gets it right. Will be picking it up as soon as I can.