This week starts the countdown to getting my book edits done. Most of my time in the evenings will be going to that until it's wrapped up, so I'm going to get right down to business here and then get to work…

According to the package notice left on the door of the GameCritics West studio today (how do they always manage to come when no one is in?) the next thing I'll be reviewing appears to be Army of Two: The Devil's Cartel.

Unfortunately, EA is only sending one copy, so it seems like trying to review the online co-op will be a little problematic. On the other hand, the game does offer splitscreen action, so maybe that won't be entirely terrible… 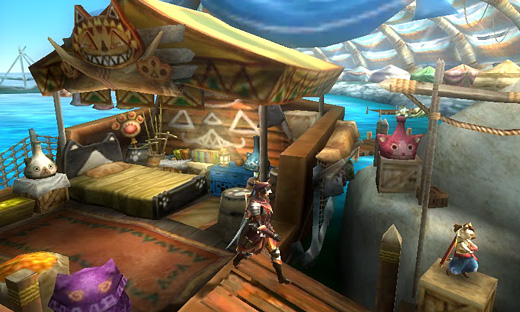 Although I'm nowhere near the end because the games in this series are absolutely enormous, I've already got about 75 hours or so in between the solo campaign and online/local multiplayer. While I still have some quibbles with the basic formula and the graphics won't drop any jaws, Capcom has no trouble delivering an outstanding experience that's deep, rich, and satisfying. Spoiler: it's going to be a very favorable review.

In other games news, I've been tooling around with a few things randomly.

With the wife currently in command of my Nintendo 3DS (she's working on her own Monster Hunter character, of course) I've hopped back onto the PlayStation Vita and have been trying to catch up with what I've missed during my recent 3DS binge.

Right off the bat, I found two little gems courtesy of @AshtonRaze and @Jeremy_LaMont. These fine fellows recommended Haunt the House and Aqua Kitty respectively, and their instincts were right on.

Haunt the House is a cute, cartoony little thing about a ghost who can possess objects in a series of (wait for it…) houses with the goal of frightening the occupants away and freeing spirits trapped within. It's super-simple and the entire thing can be finished in an hour or two, but I love the concept and the aesthetics are awesome.

Aqua Kitty is an iteration on the 1980 classic Defender, although I suppose the majority of gamers these days are probably too young or haven't done enough research to know much about the original.

…aaaand that feels really weird to write. I may need to take a moment here.

Anyway, the gist is that the player controls a submarine that shoots back and forth in a 2D ocean with the goal of defending kitty friends hanging out at the bottom of the sea. Enemy fish will try to come and kidnap them, so it's all about blasting and dodging while collecting the occasional power up.

It may sound a little simple, but Defender was an enormous hit back in the day, and I'm guessing that anyone who spends a few minutes with Aqua Kitty will see why.

The other big winner I discovered on the Vita was Cyberbots: Full Metal Madness, a 2D fighting game made by Capcom. For whatever reason it was never localized for the US, and it's always been one of those "games that got away" until now.

It's located in the PS One Classics section of the online store, and it goes for $6 or so. It's unfortunate that the game has had no translation done on it whatsoever (all dialogue is still in Japanese) but the menus are in English and with a little help from a move list from GameFAQs, it's totally playable.

I had a great time with that today, and it was really interesting to look back at this title from 1995 or so and see what a solid, well-developed and interesting fighter it is. Side note: sharp-eyed players will recognize a few characters here, Devilotte and Jin Saotome, both of whom have made guest appearances in other Capcom games.

Speaking of "games that got away," GoG.com recently added Clive Barker's Undying to their list of releases. This has been on my "gotta try this" list for ages, so heads up that you can now get it in a legit way. Find it right here. 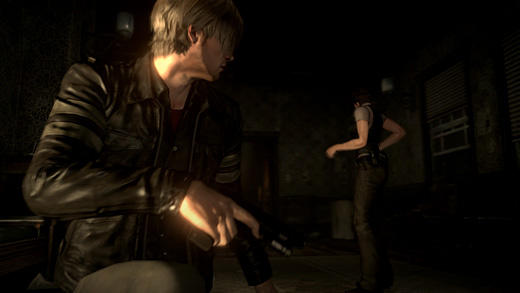 Finally, the wife and I have been fooling around with Resident Evil 6 (just Jake's campaign so far) and I have to say that after hearing everyone trash the game so hard for so long, we were both surprised to find that it's actually kind of fun.

That's not to say that the game doesn't have problems—I am absolutely mystified as to why Capcom thought they could put a player into this virtually brand-new experience with no education or tutorials of any significance. The inventory systems are totally different, the character controls are totally different, using melee attacks is of the utmost importance, and the entire game seems like a top-to-bottom reboot of what Resident Evil is. Or was, I suppose.

It's clear to see that the developers attached the Resident Evil name to cash in on its popularity, but in all honesty, I think they would have been better off turning this into an all-new IP. It's a pretty radical departure from what I think everyone expected, and while that would have been enough of a challenge to overcome all by itself, the absolute lack of any meaningful information on how to interact with the game was a grievous error in judgment. If I hadn't read Daniel Weissenberger's astute review and talked to several people about it beforehand, I suspect our reaction to the game might have been quite different.

I've had several questions via email and Twitter about the status of the podcast, so I wanted to take a minute to clear things up: the podcast is alive and well, and we're recording a new episode this Friday.

Of course, since our former host Dylan Collins has departed to focus on other things, there are definitely some changes in the works. While our time with Dylan was great and we wish him the best of luck, we've got a bunch of ideas cooking and are quite also excited about the new, rebooted show to come.

Thanks very much to all of the listeners and to everyone who has expressed concern about the status of the show… it means a lot to us that people out there care! Have no worries, though. The show is in good hands and you can all look forward to a new episode next week, most likely.