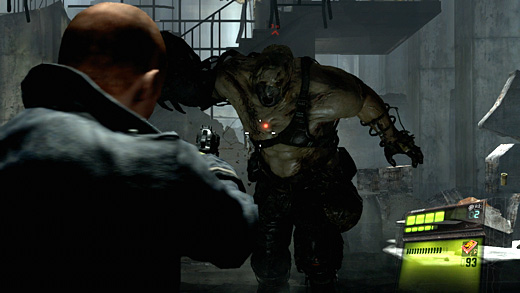 Note: This piece was written July 4, 2012. Also, the images in this impressions piece are provided by the publisher and are not meant to match the written content.

Capcom released the demo for Resident Evil 6 today. What's that? You didn't know, and didn't play it? That's pretty understandable… it's exclusive to Xbox 360 owners at the moment, and of that group, only to people who bought a new copy of Dragon's Dogma.

(The access code was on the back of Dogma's instruction booklet.)

First things first, it's confusing as hell to even get to the demo. Here's the process:

So, after going through all that, what's it like? Got you covered. Essentially, the game is another two-person cooperative jam, and the demo is split into three parts. 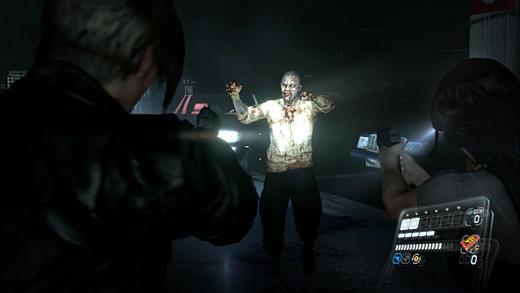 The first section is apparently the "creepy" zone, and it stars Leon and newcomer Helena. The game opens with Leon capping the zombified president of the United States, and then the two of them try to make their way out of the White House. Along the way, they meet a father looking for his daughter and help him. The two civilians are infected, of course. On the way out, there is a brief "surprise" attack and then a quick battle to escape a parking garage. 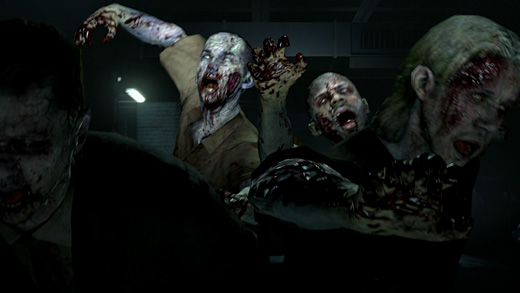 I'm not going to beat around the bush, this part straight-up sucked. It's pretty clear that Capcom was going for suspense, but it only ended up boring as the characters walk down dark hallways with nothing happening, and control was frequently altered or taken away in service to dialogue and cutscenes. For example, I couldn't figure out how to run or reload my gun, only to realize that those actions were disabled during certain scenes. This whole bit was immersion-breaking at every turn.

The second section is the "action" zone, and stars Chris and brand-new punk Piers. This scene takes place in a bar, with Chris apparently suffering from amnesia and drinking himself to the point of being a complete dickhead. Piers drags him back to the BSAA and the demo immediately segues into what appears to be the rooftops of a city in Asia. A bunch of thugs in porcelain masks show up, and the shooting begins. Once they take some damage, they morph into half-human monsters. Meat-moths, anyone? 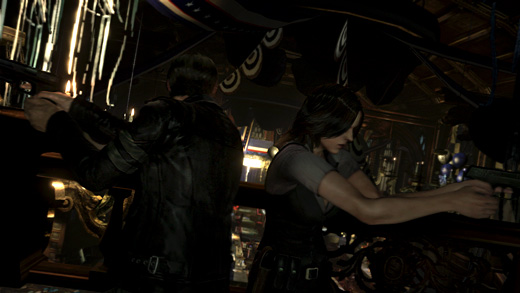 This segment will be immediately familiar to anyone who's played the last couple of Resident Evils, but there's a lot wrong with it. For starters, the camera is WAY too close to the action, and it's extremely difficult to tell what's going on. Also, in this section I wanted to take cover behind some objects, and apparently ducking down is either not in the game, or I just couldn't figure out how to do it. It was also bizarre to find out that melee attacks seem to be more powerful than guns. I was getting overrun trying to take enemies down with bullets, only to find that they couldn't stand up to a few punches and kicks. 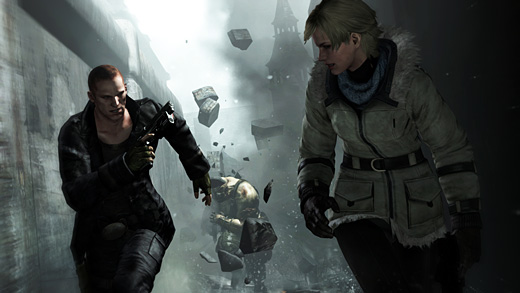 The final segment was the "boss fight" slice, and paired Sherry with newcomer Jake. The two of them are in some sort of Russians sewer being chased by a huge Nemesis-like monster called Ustanak. His right arm is a mechanical contraption that appears to drill into the humans it catches, and he basically looks pretty pee-pants terrifying. After a Crash Bandicoot "run towards the camera" segment, our heroes end up in a large, open warehouse area and must take the beast down. 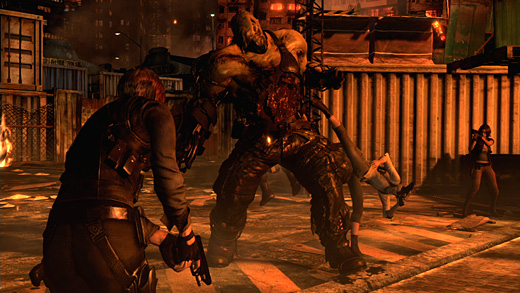 This boss battle was very similar to several others that have been in recent installments, and was equally irritating. My partner and I felt totally underpowered as we pumped round after round into it with no apparent effect. I tried the old "lure him near the exploding barrel" trick, and that didn't seem to do anything, either. During this time, Russian mutant thugs kept showing up to be easily dispatched—clearly there to make sure that we didn't run out of ammo. Honestly, I didn't finish this section. I got killed three times in a row, and throwing myself up against this HP wall of a monster with no clue whether I was on the right track or not wasn't very engaging.  After the third death, I just quit the demo.

Overall, I can't say that what I saw in the demo was very encouraging.

Of course, it's just a demo and the final product will likely be different in many ways, but the basic design and logic of what we got here are a worrisome—the controls and camera, most of all. The challenge in playing a game shouldn't be battling the menu system or trying to dodge when it's needed. I will definitely still give the game a chance, but after this demo and the distasteful experience of Operation Raccoon City, I can't help but think that this series is mutating in the wrong direction.

I have also been playing through resident evil since the first one all those years ago, and after playing 5, which to me and my friend seemed more of a chore than anything, its going to take a much better game to make me want to carry on playing the series.
I haven’t played the demo, but it is not sounding very encouraging.
Hell, even IGN hated the demo!
Just because I’ve played and loved the series for such a long time, doesn’t mean I’m going to reward more Capcom ineptitude out of a misplaced sense of loyalty.
Gareth

Well that sucks to hear. I still have to buy it though, as I’ve been playing Resident Evil since the beginning. And even though RE5 lost the horror aspect of the series for the most part, it still was a blast throughout multiple playthroughs. Here’s hoping that camera gets fixed…