The wife and I are doing co-op in Resident Evil 5 right now. Haven't finished it yet, but I'd say that we are at least halfway through, if not a little further. 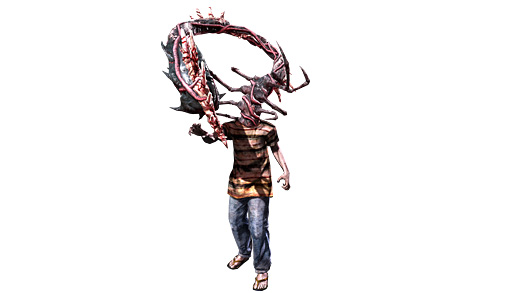 Kill this thing and it drops sniper bullets… riiiiiiiiiight.

Gotta say, it's fun enough and a good rental, but I think anyone who complains about the control system is justified and there are a number of other issues that just don't make any sense. For example, you can buy all sorts of guns and life-up items between missions, but not ammo? Instead, it's somehow better to have players breaking barrels (a truly fresh idea, indeed) to find boxes of ammunition scattered throughout tribal huts and swampland?

I don't want to talk about it too much since I still have a good chunk of the game to get through and I will likely be doing the main review for it, but looking past the super-spiffy graphics and general fun quotient of having a co-op campaign, Capcom is looking pretty guilty of being absurdly complacent in light of what else is going on in games development right now.

Oh, one thing in its favor: it has the most realistic-looking crocodiles I've ever seen in a videogame. Pretty damned impressive. Not sure why they aren't listed on a bullet point on the back of the package, really. 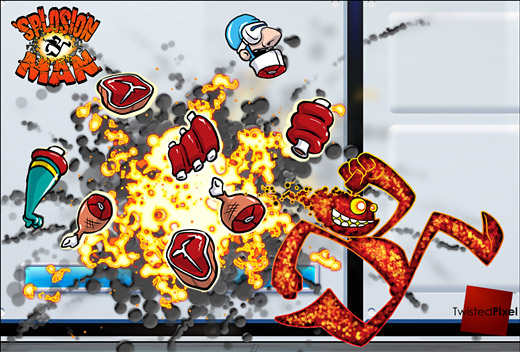 In other games news, the good people at Twisted Pixel (The Maw) have announced their next project: 'Splosion Man. There's not a ton of info on it right now, but it is confirmed that it's coming to Live Arcade, there'll be four-player support in addition to a traditional story mode, and lots of things will go boom.

Based on the quality of their last Live title, this is certainly going to be one I'm looking forward to.

One from the "wow, didn't see that one coming" department: Saints Row 2 has an upcoming DLC pack that includes new missions, new vehicles, and *ahem* well-known "film actress" Tera Patrick as one of the ride-along homies you can call for backup. Although I didn't love Saints Row 2 as much as I did the first game, it was still an enjoyable open-world experience that delivered a lot more entertainment than Grand Theft Auto 4 did, if you ask me.

Although Ms. Patrick isn't much of a draw from where I'm standing, going back to Stilwater for a little while isn't sounding too bad, actually. 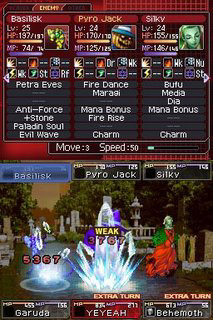 Finally, there isn't a lot of new information on Shin Megami Tensei: Devil Survivor for DS, but the fantastic folks at Atlus have released a few screens with translated English text. It's not much, but I'm definitely looking forward to this title in a big, big way, so I'll take 'em. Check their site for more, but here's one to chew on.

Saw those Devil Survivor screens the other day and forgot to post them on The Horror Geek.

I’m really looking forward to that game–and I’m digging the graphic style in the screenshots a lot.