A while ago, I received a request for a quote from a guy named Chris at a site called The Submission. Chris was putting together an article about replayability, and I was glad to contribute, although I don't quite think I said what he expected… In any event, I thought it was an interesting read when all was said and done. 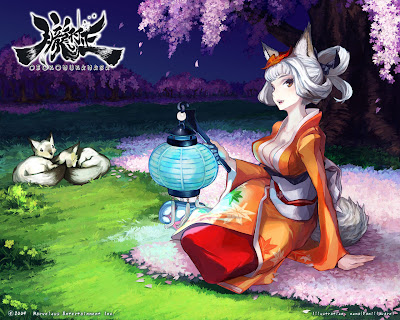 My review of Cursed Mountain is nearly done and I've got another piece coming up for (believe it or not) Sudoku Ball Detective. In the meantime, I've started playing Muramasa: The Demon Blade for the Wii, and I'm finding it to be a difficult experience. Difficult not in the sense that it's hard to play, but difficult in that part of me wants to praise it and admire it, while another part is deeply unsatisfied with its structure and content.

I definitely need to play more of it before making up my mind, but whichever way it goes, I have a feeling that this is going to be a difficult piece to write.