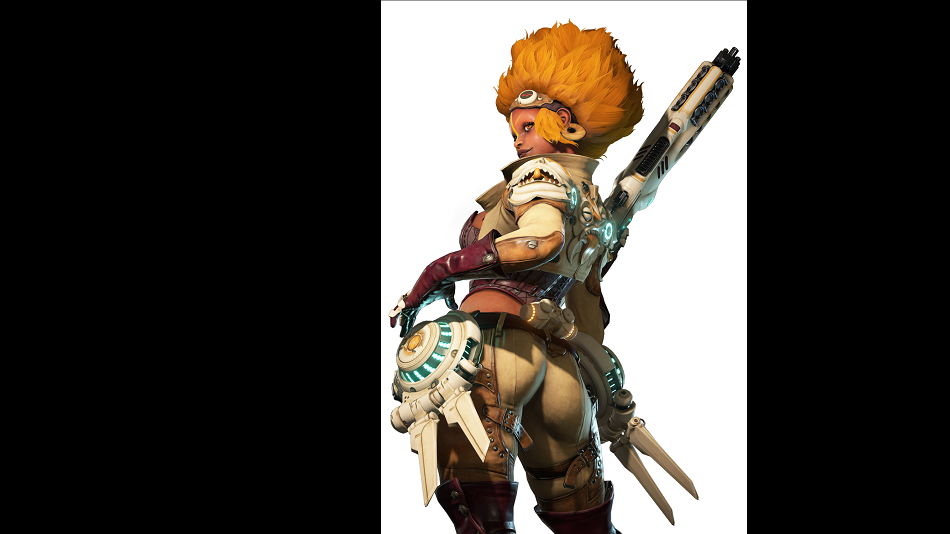 HIGH The character designs are great — both grotesque and attractive in equal measure.

LOW Getting repeatedly one-shotted in the multiplayer mode.

Talented Spanish studio MercurySteam has just released an update to their current internally-developed project, Raiders of the Broken Planet. Titled Hades Betrayal, this episodic add-on offers four more mission/maps and a number of changes to the previously-established formula. For readers new to this title, I recommend reading my main review first, since I will not be reiterating the basics here.

So, Hades Betrayal — there are a couple of big takeaways. Not only can players can easily unlock a new character by completing the first mission, the devs have also revamped the progression structure, fixed the matchmaking and cleaned up the UI.

Looking first at the new character, she’s named Ayana Kwena, and she’s got an interesting visual design that I find very appealing — my wife described her as a sexy female version of Lion-O from Thundercats, and I can kind of see it. (Also, that makes me feel weird.)

Regardless of her style, she’s a little odd in terms of mechanics. Her weapon is a minelayer that lobs explosives which stick to the ground and have a visible trigger radius. Anyone entering that radius will set off the boom and take heavy damage. Unfortunately, it’s not great for dealing out direct damage in a hurry — the mines have a slight delay before they’re active, so when enemies are closing in, it can be a little difficult to get out of trouble. Her alt-fire places a large mine at her feet but it still has the delay, so she definitely requires a little forethought for effective use.

Ayana also has a bizarre special ability that is not well-explained. I actually had to watch a YouTube tutorial from the devs in order to figure out what it did! Basically, it’s a grappling hook that attaches to enemies and then yanks them out of cover while doing damage, but she has to run a fair distance away from them after they’re hooked, but before it can be activated. Calling it unintuitive would be an understatement. 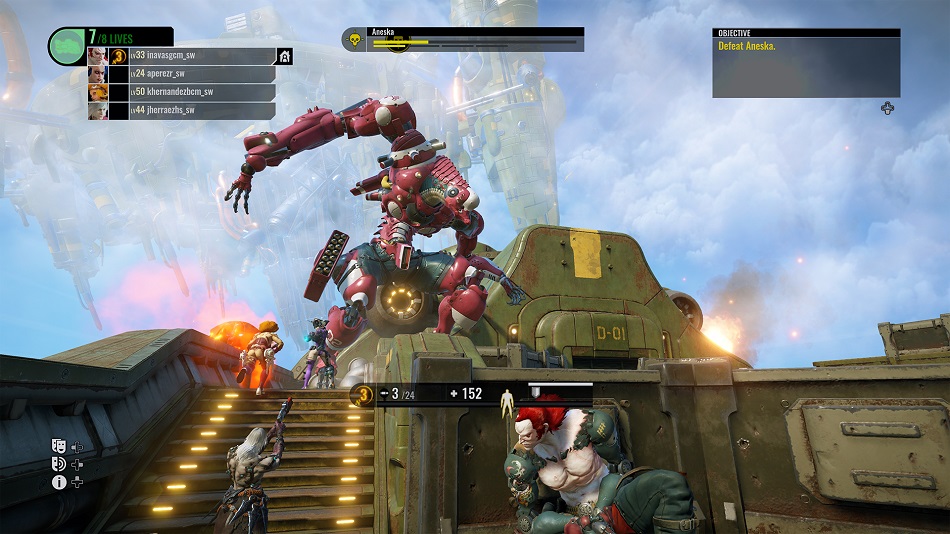 Looking at the systems revamp, it’s a significant reworking of progression and rewards. However, while it’s clearly better than what Raiders had before, it doesn’t solve some the underlying structural issues that have been present since the beginning.

Without getting into detail that won’t mean a lot to people who haven’t played it, the developers have removed the old unlock/progression system and converted to a new one which requires XP and in-game resources earned in the multiplayer mode. It’s simpler to understand and gives players some agency as to what they want to work towards, but it’s still problematic  because the rewards are insultingly small for solo players — effectively nothing.

No, all of the decent rewards are held back for the multiplayer modes, and while I deeply enjoy the aesthetics and concepts of the Raiders IP, I don’t find the gameplay engaging enough to replay the same missions over and over again online with others. As I said in my original review, this project seems like it should be a standard, campaign-based actioner. A one-and-done. It would make more sense, and the missions are enjoyable enough the first time. But grinding through them with randos to earn character unlocks and level up gear? So I can replay the same missions again? Some titles can pull off the games-as-service angle and cash in on that, but Raiders isn’t one of them.

Not only is the content simply not compelling enough, the game becomes absolutely repellent when going up against players who’ve put a lot of time in — jumping in at level one meant that I was constantly one-shotted by characters dozens of levels above me. Falling victim to cheap tactics employed by vets was a problem as well — things like walking around a corner only to be grabbed with an unavoidable instakill made my blood boil. Between the frequent deaths, respawn times, and the amount of time wasted by going through cutscenes and menus, multiplayer is an miserable experience that’s hostile to newcomers. Grinding through this punishment to earn characters and unlocks is the last thing I’d want to do.

However, at least it’s now possible to have the experience. The last time I reviewed Raiders, I wasn’t able to find any multiplayer sessions whatsoever, even after multiple attempts. I just couldn’t connect with anybody. They developers say they’ve reworked the matchmaking, and after my sessions with Hades Betrayal that seems true. I was now able to find multiple matches and the wait times weren’t intolerable, so that’s something.

Sadly, while I enjoyed coming back to Raiders, checking out the new character and playing through the new levels once, my original assessment still stands — the multiplayer/replay premise of the game doesn’t make a lot of sense, and I can’t help but feel that the IP would be better served by recycling the assets into a different project. People who’ve put the time in, know what to expect and want more content will get it with Hades Betrayal, but it’s tough to recommend it to anyone. Rating: 4.5 out of 10

Disclosures: This game is developed and published by MercurySteam. It is currently available on PS4, XBO and PC. The first installment is free-to-play and this add-on was obtained via publisher and reviewed on the PS4. approximately 2 hours of play were devoted to the single-player mode, and content was completed. Two hours were spent in cooperative and the 1v4 “antagonist” mode.

Totally disagree with the review. Teaming up with other Raiders or fighting against them 4v1 as a lone antagonist is one of the most unique experiences I had in the genre. Challenging and unique every time you play it. New progression system fixed most of issues the game obviously had at launch. To me, most interesting shooter this year and getting better.