I just finished Dead Island a day or two ago (playing on 360) and I have to say that I had a  fantastic time with it.

I'm currently in the process of finalizing my Second Opinion review, but here is Daniel Weissenberger's take on it in the meantime. Personally, I think he's a little too hard on it, but I see where he's coming from. My breakdown will be much more positive, and the game will absolutely earn itself a spot on my year-end Top Ten. In fact, I liked it so much that I completed every single sidequest in the entire game, and that's not something that I do very often…

In other games news, I spent some time with El Shaddai: Ascension of the Metatron today and I really did not like it.

Well, I suppose I should explain… the graphics were fantastic. The level of style and imagination was superb, and every minute spent in the worlds of that title felt like some kind of trippy hallucination. Words cannot describe the kind of visuals happening there. On the other hand, no game can exist on the quality of its visuals alone, and El Shaddai is a perfect example of that. 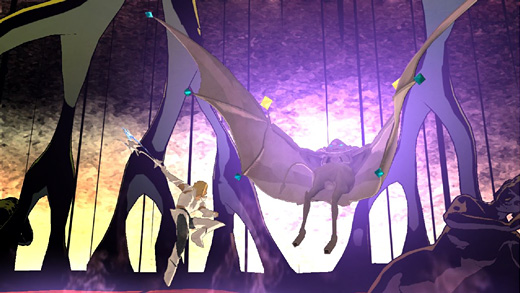 I have a very hard time understanding how the developers thought the overly-simplistic gameplay (one button for attack, a small number of repeated enemy types) would be enough to carry a full retail game. Within an hour, I was already tired of fighting the same opponents, and there's nothing entertaining at all about pounding on the X button to perform the same combos over and over again. Throw in level designs that are little more than long hallways and platforming that's twice as difficult as it needs to be thanks to the surreal visuals, and you've got a formula for unhappy times.

The game is stunningly beautiful, but there's just no excusing such shallow play.

Coming from the "OMFG" department, I was quite excited to see that Treasure's Radiant Silvergun finally became available for download on XBLA.

Younger players have probably never heard of it, but it was one of those "holy grail" games back in the day… it never got localized for the United States, so people in shmup circles were grief-ridden that they were missing out on what was allegedly one of the best shooters ever made.

Of course, it was available as an import for a little while, but prices soon skyrocketed and it quickly rose beyond the reach of the average gamer, including myself. Back then, it was quite common to hear of the game going for between $200-$400, and a quick peek at eBay shows that there are several copies still in that price range. At the time, I figured that it would get localized sooner or later, and being patient would pay off. 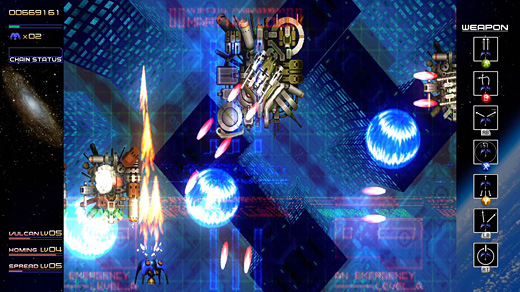 …Of course, I had no idea that it would take THIRTEEN YEARS to get localized, but hey, it's here now!

After putting a couple of hours into it, I definitely think that certain aspects of it are utterly brilliant. It's also hard as hell, and it's been quite some time since I've had to use my shmup skills in any meaningful way. I am quite rusty, so I haven't made much progress. I plan to keep at it, though.

For those of you who plan to check it out, I was tipped off by GC reader Sleeveboy that playing in Story Mode and saving to the same file lets players level-up their weapons and earn extra lives as a way of dealing with the stiff difficulty. His tip was on the money, and I would suggest that anyone else do the same.

Finally, just a quick reminder to everyone that Dark Souls will be launching on 360/PS3 on October 4.

After much back-and-forthing and a couple of check-ins with my Twitter people, I decided to go PS3… it really sucks to have to choose which console to get a game for, since no matter which one I choose, there will inevitably be a number of people who I would like to play with but won't be able to.