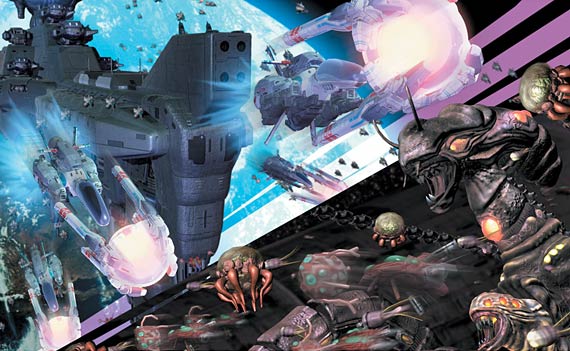 A completely new interpretation of classic material, R-Type Command takes the revered side-scrolling space shooter away from its action roots and plants it deeply within the strategy genre. As bizarre as it may seem to rework something based on timing and reflexes into one of the slowest, most methodical styles in videogaming, my hat is off to Irem—it absolutely works.

Despite my experience with the R-Type series, I had to forget everything I knew. Instead of pitting one fighter against the overwhelming might of the alien Bydo empire, Command places an armada of spacecraft in the player's hands and slows everything down to a turn-based, step-by-step hybrid of hex-based tactics.

To me, one of the most fascinating things about R-Type Command is the way the horizontal logistics of the original shooters has been transposed. Many of the level designs originally meant to create intense bullet-dodging action sequences make appearances here, only now they're divided into discrete areas navigated by the R ships, one hex at a time. For example, fiery solar prominences that required split-second timing to survive are still present, the difference being that their appearances are telegraphed beforehand and the player can maneuver around them taking the order of turns into account. Another example are the powerful lasers the ships fire. These beams of pure destruction still travel in a straight line from a craft's nose, retaining the same spatial positioning key to victory in the originals. 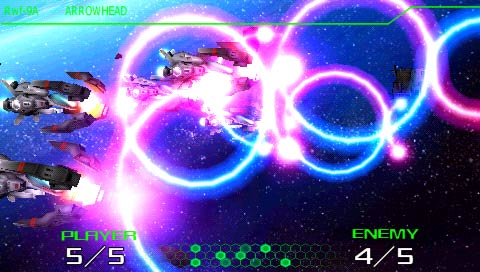 Although much along these lines is completely faithful to the source, the ability to have a large number of ships under the player's command is new, and an element of  R-Type Command's structure that strat fans will eat up.

Over the course of the game, pilots are earned from progress or by meeting certain requirements. Any pilot can fly any sort of ship, and it's up to the player to pick and choose which craft will be taken into the fray. Several varieties from the series's history are present, along with the trademark Force weapons that serve as shields and battering rams. Being able to customize the active-duty ships adds a significant amount of depth and allows players to tackle each stage in any fashion they choose.  Light craft without heavy cannons, speedy bombers armed with nukes, or the traditional wave-cannon fighters… they're all here to be used.

Although there's an undeniable freshness and ingenuity behind R-Type Command's engineering, it was inevitable that there would be a few difficulties in the transition.

For example, instead of allocating resources to build ships as a reward for level completion, players must actually collect raw materials in the middle of combat.  Although not disastrous, it's certainly tedious—especially since it's easy to expend these precious resources on ships that might not perform as expected, and there's no way to reclaim or reallocate once a decision is made. At that point, the only choice is to simply replay a level with the necessary materials and collect them again. 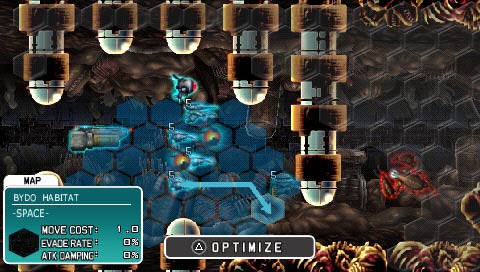 Another thing holding the game back is its length. The main campaign is quite long, and with only two basic objectives (defeat the enemy flagship, or move to a designated escape zone) this is one case where less would have been more. As much as I enjoyed the flavor and style of R-Type Command, I felt that it went on for too long and the potency of the experience was diluted by the sheer number of levels to get through. Earning new craft and seeing familiar sights from R-Types past helped stave off monotony, but the game would have been stronger if it had been trimmed into a leaner, meaner form.

There are a few other niggling things that need polish (ships have fuel concerns, the 3D graphics taking too long to load, the complete lack of a tutorial) but the fact remains that R-Type Command is an incredibly interesting and unique entry into a genre that's been creatively comatose for some time. Despite the rough edges, I admire the game's willingness to break some rules, create a new formula, and try something that was expected by absolutely no one. It may not have been a direct hit, but ­R-Type Command's mission was certainly accomplished. Rating: 7 out of 10.

Between this and the Metal Gear Acid games, the PSP is becoming something of a haven for bizarre TBS takes on action-heavy series.